Otolorin Olabode: Saeon's Birth of the Boychick is the Hip-Hop Project of the Year 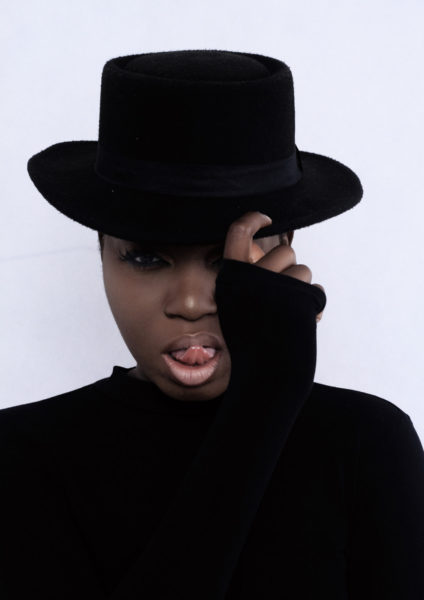 Saeon has a point to prove with Birth of the Boychick. It’s probably crazy for her, going through a lot of challenges, and triumphing above them to release this project.

But Saeon rises to the occasion, dropping a deluxe body of work. With BOTB, Saeon has eventually shown an upgrade from the young lass who gave us Boogie Down. Since that period, she’s been enmeshed with controversies of all kind: the Wizkid brouhaha, her battle with cystic fibrosis. At a point, she admitted she contemplated suicide.

In an industry where female rappers keep evaporating and turning to popstars, the question is who listens to rap in Nigeria?

Quick question: Are there even female rappers in Nigeria? But Saeon is holding it down in a fading genre, and BOTB seems to be her perfect project that couldn’t have arrived in at a better time.

With depression issues in the mainstream, her intro, titled Vultro, addresses how she almost quit music. It’s safe to say, Saeon told her own life story in BOTB. Every song on the album is laced with a story centered on her failure, challenges, life issues and how she dealt with them. If she can, as a weak individual who has been hurt back and forth, who are you not to overcome such challenges?

Let You In follows in the path of Vultro and is one of the bright sparks on the album, with a trap inflected expedition into the hurt places in our hearts. Let You In is probably every lover’s story. Everyone has experienced a heartbreak at one time or the other. At the end of the day, we regret letting the other partner in. And initially, she didn’t want to. So emotional.

Saeon is an embodiment of diverse talents. On some songs on the album, she’s delivering a mixture of flows percussing deep into the heart. At another time, she switches into your usual gangster as she did on On It where she yodels and straight-up raps about “people hustling for a show just to get the dough.”

There’s cathartic emotional energy on Aii where she displays her proficient rapping prowess aided by the transformative powers of the beat. It’s reminiscent of that song you should turn up to at max level at outdoor Friday parties.

Birth of the Boychick should be hip hop’s project of the year. The juice Saeon served in this body of work is top notch, and for me, Saeon has really shown a lot of renaissance and she’s truly reborn. A few projects have dropped here and there but here’s a body of work with only a feature where she’s had to work extremely hard to pass the core message of Rebirth.

The flows and delivery are impressive and on Rebirth there’s this confidence Saeon asserts through the words “I’m the number one” And she might be right with BOTB.

Overall, Saeon has proved her mettle with this album. Saeon has made a beautiful body of work laden with hits that have been slept on. And with the industry becoming hot with a lot of rap projects lately, Saeon is relishing progress, growth and upgrade with BOTB.

As she said in Meltdown 48, she’s paid her dues and she deserves some accolades with this album.