BN Prose - Book Excerpt: My Sister The Serial Killer (I) by Oyinkan Braithwaite 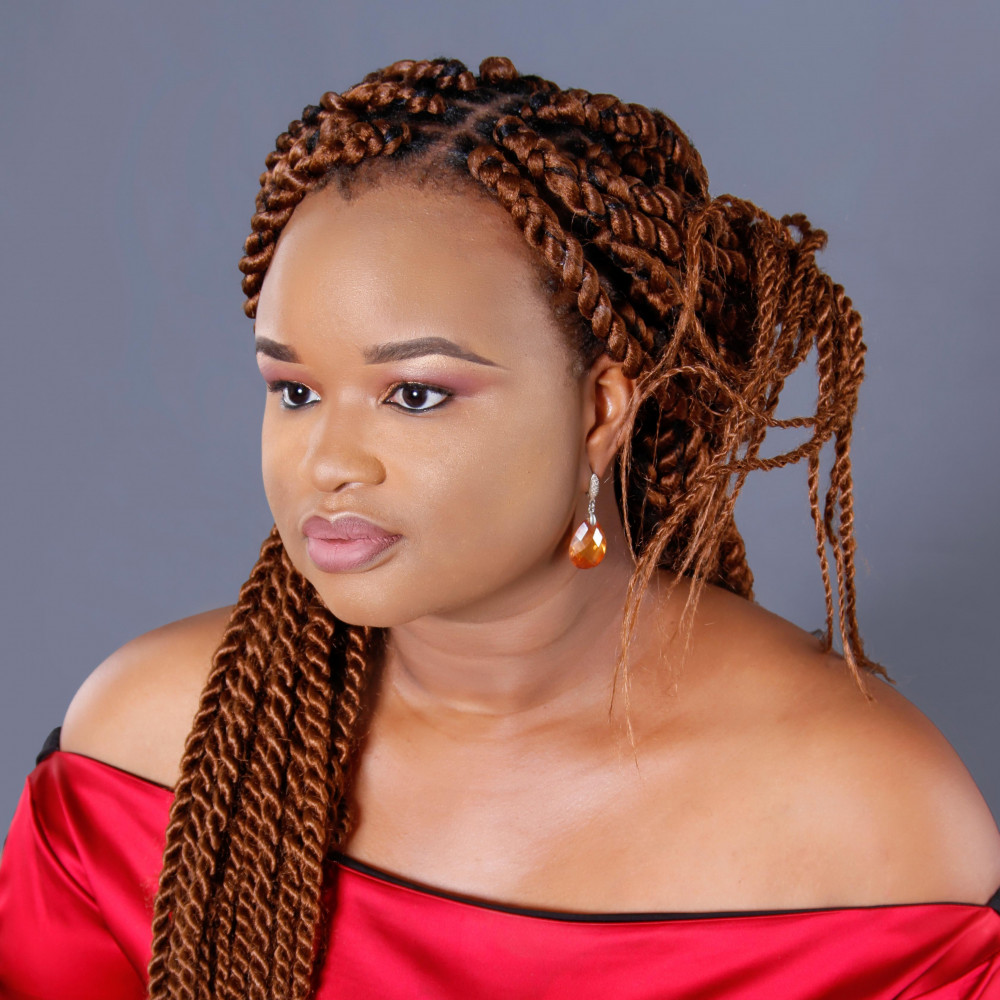 To win, you have to stay tuned to this series, because at the end of the month, we’ll publish the quiz questions and only people who’ve been reading dedicatedly will get a free copy.

***
FATHER
#
Ayoola inherited the knife from him (and by “inherited” I mean she took it from his possessions before his body was cold in the ground). It made sense that she would take it — it was the thing he was most proud of.
He kept it sheathed and locked in a drawer, but he would bring it out whenever we had guests to show it off to. He would hold the nine-inch curved blade between his fingers, drawing the viewer’s attention to the black comma-like markings carved and printed in the pale bone hilt. The presentation usually came with a story.
Sometimes, the knife was a gift from a university colleague—Tom, given to him for saving Tom’s life during a boating accident. At other times, he had wrenched the knife from the hand of a soldier who had tried to kill him with it. Finally—and his personal favourite—the knife was in recognition of a deal he had made with a sheik. The deal was so successful that he was given the choice between the sheik’s daughter and the last knife made by a long-dead craftsman. The daughter had a lazy eye, so he took the knife.

These stories were the closest things to bedtime tales we had. And we enjoyed the moment when he would bring out the knife with a flourish, his guests instinctively shrinking back. He always laughed, encouraging them to examine the weapon. As they oohed and aahed, he nodded, revelling in their admiration. Inevitably, someone would ask the question he was waiting for—“Where did you get it?”—and he would look at the knife as though seeing it for the first time, rotating it until it caught the light, before he launched into whichever tale he thought best for his audience.

When the guests were gone he would polish the knife meticulously with a rag and a small bottle of rotor oil, cleaning away the memory of the hands that had touched it. I used to watch as he squeezed a few drops of oil out, gently rubbing it along the blade with his finger in soft circular motions. This was the only time I ever witnessed tenderness from him. He took his time, rarely taking note of my presence. When he got up to rinse the oil from the blade, I would take my leave. It was by no means the end of the cleaning regimen, but it seemed best to be gone before it was over, in case his mood shifted during the process.
Once, when she thought he had gone out for the day, Ayoola entered his study and found his desk drawer unlocked. She took the knife out to look, smearing it with the chocolate she had just been eating. She was still in the room when he returned. He dragged her out by her hair, screaming. I turned up just in time to witness him fling her across the hallway.

I am not surprised she took the knife. If I had thought of it first, I would have taken a hammer to it.

KNIFE
#
Maybe she keeps it under her queen-sized bed or in her chest of drawers? Perhaps it is hidden in the pile of clothes stuffed into her walk-in closet? Her eyes follow mine as they roam the bedroom.
“You’re not thinking of sneaking in here and taking it, are you?”
“I don’t understand why you need it. It’s dangerous to have it in the house. Give it to me, and I’ll take care of it.”
She sighs and shakes her head.

Ẹ̀FỌ́
#
I took almost nothing from my father, in terms of looks. When I look at my mother, I am looking at my future self, though I could not be any less like her if I tried.
She is beached on the sofa in the downstairs living room, reading a Mills & Boon novel—a tale of the type of love she has never known. Beside her, in an armchair, Ayoola is hunched over, scrolling through her phone. I walk past them and reach for the adjoining door to the kitchen.
“You are going to cook?” my mum asks.
“Yes.”
“Korede, teach your sister now. How will she look after her husband if she cannot cook?”
Ayoola pouts but says nothing. She doesn’t mind being in the kitchen. She likes to sample everything she sets her eyes on.

In our home, the housegirl and I do most of the cooking; my mother cooks too, but not as much as she used to when he was alive. Ayoola, on the other hand—well, it’ll be interesting to see whether she can do anything more strenuous than putting bread in the toaster.
“Sure,” I say, as Ayoola gets up to follow.

The housegirl has prepared everything that I will need and set it aside on the counter, already washed and chopped. I like her. She is neat and has a calm demeanour, but more importantly, she knows nothing about him. We let go of all our staff after he passed, for “practical” reasons. We went a year with no help, which is harder than it sounds in a house of this size.

The chicken is already boiling. Ayoola opens the lid so the smell escapes, thick with fat and Maggi. “Mmm.” She sucks in the aroma and moistens her cherry lips. The housegirl blushes. “You try o!”
“Thank you, ma.”
“Maybe I should help you taste if it is ready,” Ayoola suggests, smiling.
“Maybe you could help by chopping the spinach.”
Ayoola looks at all the prepped goods. “But it is already chopped na.”
“I need more.” The housegirl hurries to get another bushel of spinach, but I call her back. “No, let Ayoola do it.”

Ayoola sighs theatrically, but fetches the spinach from the pantry. She picks up a knife, and unwittingly I think of Femi slumped in the bathroom, his hand not far from where the wound was, as though he had tried to stop the blood loss. How long was it before he died? Her grip is loose and the blade is pointed downward. She chops the spinach quickly and roughly, wielding the knife like a child would, with no care toward what the finished product will look like. I am tempted to stop her. The housegirl tries not to laugh. I suspect that Ayoola is going out of her way to frustrate me.

I choose to ignore her and instead pour palm oil into a pot and add onions and peppers, which soon begin to fry.
“Ayoola, are you watching?”
“Mmmm hmmm,” she replies as she leans on the counter and types furiously on her phone with one hand. She is still gripping the kitchen knife with the other. I go over to her, remove her fingers from the hilt and take the knife from her possession. She blinks.
“Please focus; after this we add the tàtàsé.”
“Got it.”

As soon as I turn my back, I hear the tapping sound of her keypad again. I am tempted to react, but I have left the palm oil for too long and it is beginning to spit and hiss at me. I reduce the heat of the flame and decide to forget about my sister for the time being. If she wants to learn, she will.
“What are we making again?”
Seriously?
“Ẹ̀fọ́,” the housegirl replies.
Ayoola nods solemnly and angles her phone over the pot of simmering ẹ́fọ́, just as I add the spinach.
“Hey people, ẹ́fọ́ loading!”
For a moment, I am frozen, spinach still in hand. Could she really be uploading videos to Snapchat? Then I shake myself out of the trance. I grab the phone from her and hit delete, staining the screen with the oil on my hands.
“Hey!”
“Too soon, Ayoola. Way too soon.”
***

Oyinkan Braithwaite is a graduate of Creative Writing and Law from Kingston University. Following her degree, she worked as an assistant editor at Kachifo, a Lagos-based publishing house, and has been freelancing as a writer and editor since. In 2014, she was shortlisted as a top ten spoken-word artist in the Eko Poetry Slam, and in 2016 she was a finalist for the   Commonwealth Short Story Prize. She lives in Lagos, Nigeria.Buy your copy of My Sister, The Serial Killer HERE.

Your Better Self with Akanna: Who Stole the Meat?