Frank Ugobude: 'The Nigerian Prince' Is A Good Movie That Could Have Been Great 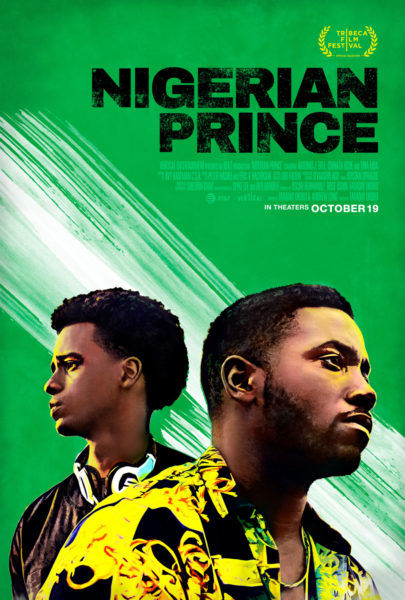 To the average Nigerian, Faraday Okoro‘s movie ‘Nigerian Prince’ sounded interesting for many reasons. First, it was reported that he was taking the story of the popular Nigerian email scam to the big screen, and that definitely caught everyone’s attention. Everyone knows about the cliche emails which has now graduated to text messages aimed at getting gullible people (Nigerians and foreigners alike) to do away with a certain amount of money. Faraday had earlier won a $1 million grant from AT&T, The Tribeca Film Festival and the Tribeca Film Institute to make this film after pitching to a jury that consisted of A-list judges such as Oscar-winning producer, Lee Daniels and a host of other actors including the President of HBO. According to Okoro, he was inspired to make this film after he had received a scam email in his inbox back in college. He would then go on to tie in his personal experience visiting Nigeria as a teenager and then forced to stay against his will for a longer time.

The film follows a stubborn first generation Nigerian-American teenager, Eze (Antonio J.Bell) and his cousin, Pius (Chinaza Uche). Eze is sent to Nigeria by his mother to stay with his aunt, Grace (Tina Mba) against his will and so he teams up with Pius, who is a professional con artist to scam unsuspecting foreigners in order to earn money to get a return ticket back to America. The 104 minutes feature film, which is Faraday’s first was shot in Lagos, Nigeria for the most and also features other actors such as Bimbo Manuel, Kelechi Udegbe, Gregory Ojefua and a host of others.

To begin with, there’s the theme of identity which is fully unwrapped with Eze. It is his first visit to Nigeria and Africa generally, and he absolutely has no interest in being there. There are uncountable times where he refers to himself as American and not Nigerian, not to talk about stylizing his name as ‘Easy’ and not ‘Eze’ which means king in Igbo. It’s all funny because while he’s counting down to the four weeks he was originally supposed to spend in Nigeria, his mother had cancelled his return ticket with the intention of him spending a year and fully getting to understand his roots. Apart from Eze’s identity crisis, there’s also the scamming which is introduced when we meet Pius, a dedicated scam artist, who internet sensation, Joanne the Scammer, must have had in mind when she said: “A day without a scam is a day wasted.” Pius goes from sending emails to scamming people of their money while promising to sell them products for cheaper than the market price. There’s a lot of hustle that goes in to successfully scamming and you can see a lot of it in Pius.

The film is generally decent, save for the anti-climatic letdown at the end of the movie. ‘The Nigerian Prince’ would also get tongues wagging about the way Nigeria was represented, as it did at the Africa International Film Festival (AFRIFF) where it screened as the closing film. However, as one of the festival delegates mentioned, ‘it is important to tell these stories as it is’. The cinematography is also worthy of commending, as well as Eze (Antonio J.Bell) and Grace (Tina Mba), who absolutely owned their roles and delivered. Apart from Pius’ accent that hibernates between Imeh Bishop Umoh’s Calabar tone and something from Wakanda, it is an enjoyable watch. It has its moments of hilarity, and the Nigerian slurs in it would get you.

‘The Nigerian Prince’ is already in US cinemas and according to the producer, Bose Oshin, there are plans in the works to bring it to Nigerian cinemas.

#PVCitizen: Here’s How to Confirm You’re a Verified Voter