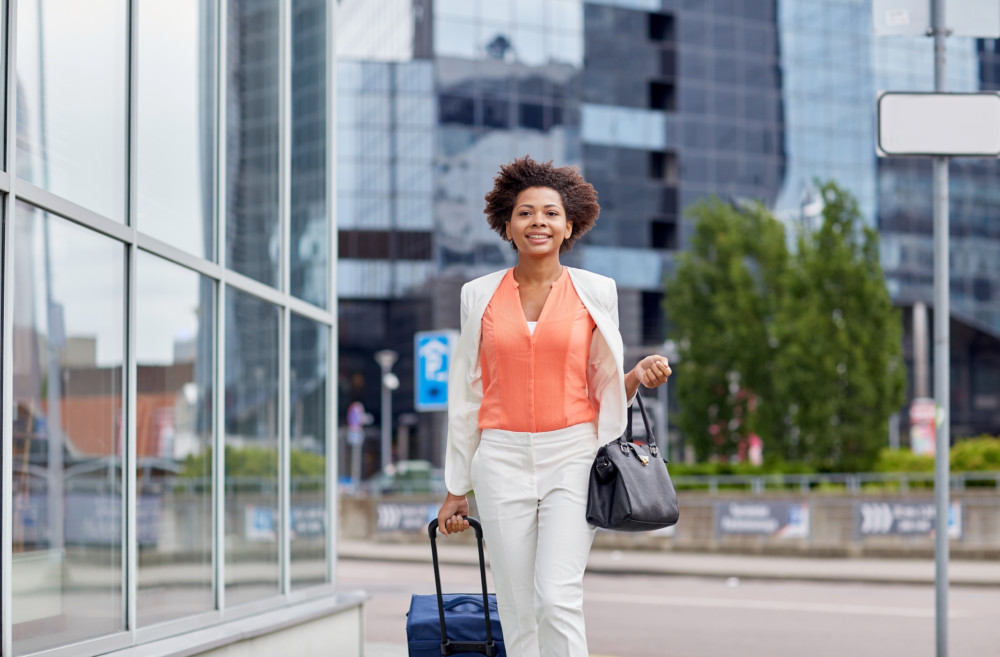 Meeting your travel goals does not come cheap and this goes beyond the monetary aspect. Aside from the fact that the spirit may be willing and the pocket is weak, there are other factors that could hinder you from achieving your travel goals. It could be time constraints, visa hustle, health issues, family responsibilities among others.

Planning a trip with your travel buddies can be daunting and the idea of taking the road less travelled – solo travel – is filled with a million myths and uncertainties.

In 2015, being in grad school afforded me numerous opportunities to travel to places I had dreamed of. My friends who would have been great travel buddies were either miles away or had clashing schedules. As an extreme introvert, I ruled out going alone as I believed travelling solo would have been boring as hell.

Although I went on group trips, I had other choice locations I desired to visit. When I tried asking around about going solo to any known city, I always got the look of why-would-you-even-go-alone or she-must-be-a-loner. After I realized that I was not maximizing the opportunities available to me, I went online and discovered young female solo travellers such as Oneika Raymond.

Oneika’s blog posts on her solo travel gave me my first push and I also found Frances Okoro, another blogger who had a 12-month solo-travel challenge to visit a new place in Nigeria every month. I took the bull by the horns and as a JJC driver that I was, I drove to Jacksonville, Florida, and since then I have never looked back. I was so proud of myself after that trip because I stepped outside of my comfort zone and had a blast.

Another fab solo trip I took was to Calabar in 2017. That was one city I longed to visit as a teenager after the media buzz of Tinapa, Obudu Cattle Ranch, and the annual Calabar carnival. All my efforts to market Calabar as a getaway destination to my friends proved futile. They insisted on other travel destinations like Zanzibar or Dubai, which was short notice and would take a much longer time to plan. As time and chance may not be on my side forever, I booked a flight immediately and luckily Jumia Travel had super discounted hotel deals. The hotel deal was a great catch. Although I was disappointed at the state of Tinapa, I will never forget how beautiful and coordinated Calabar was compared to chaotic Lagos.

On my flight back to Lagos, the guy that sat next to me had visited Calabar with a group and he showed me pictures that seemed to show he had more fun than I did. However, in my defence, I may never have gotten the chance to be on a group tour to Calabar even in a long time to come. Travelling with a group may be more fun and engaging, depending on your perspective, but the lack of a travel buddy should not spoil your parole.

It is advisable to do a lot of research about a city you plan on travelling to such as safe places to live, cultural values and how to combat language barriers where possible. There are a lot of travel blogs online where people share their experiences on places you may wish to visit. I was very excited when I found articles on mychoicevacation.com on places I could visit with a valid US or UK visa. There is no safe place in the world, but whether you go on a solo or group trip, you must be confident and act like you know the place well even when you are asking for directions. If you are worried about who will be patient to take all your million pictures for the gram, the tip is offering to help other tourists take pictures and then you ask for the same favour in return. There are always group tours you can participate in where you can meet other tourists and kill every form of loneliness you may feel. You can also check for events that may interest you on Eventbrite and other similar sites. It may suck when you see something funny on a tour and have to stifle laughter in order not to come off as mad. Never mind, you can always gist your buddies and laugh later.

Just as travelling with friends has its own challenges, going solo may make you feel the impact of a challenge more. Your flight could be delayed, you could get lost, fall ill, or be down with food poisoning and find yourself sleeping on the loo all night. The fear of getting robbed or kidnapped is real as well. It shouldn’t stop you from achieving your travel goals. My second solo trip was a big mess. On arriving in the city, I decided to visit a major tourist site before checking in to the hotel, and my car developed fault. The following days were spent fixing the car at an auto repair shop. I never let that deter my travel goals though. I have gone on both solo and group trips after that. Life happens.

Travelling alone gives you an opportunity to be flexible with your itinerary, meet people you would not ordinarily have reached out to, and explore places at your own pace. Just in case you decide to start travelling solo, it is advised that you start with places closer to you, places you’re comfortable with. It is not expected that you go backpacking around the world on your first attempt at solo travel. Take advantage of that office trip to explore places (if you get to travel for work). Time is not always on your side and life is too short to hold yourself back from going to places you would love to go to. Step out of your comfort zone and explore the world.