YouTuber behind Travis Scott Cheating Prank: "Never believe anything you see on the internet" | WATCH 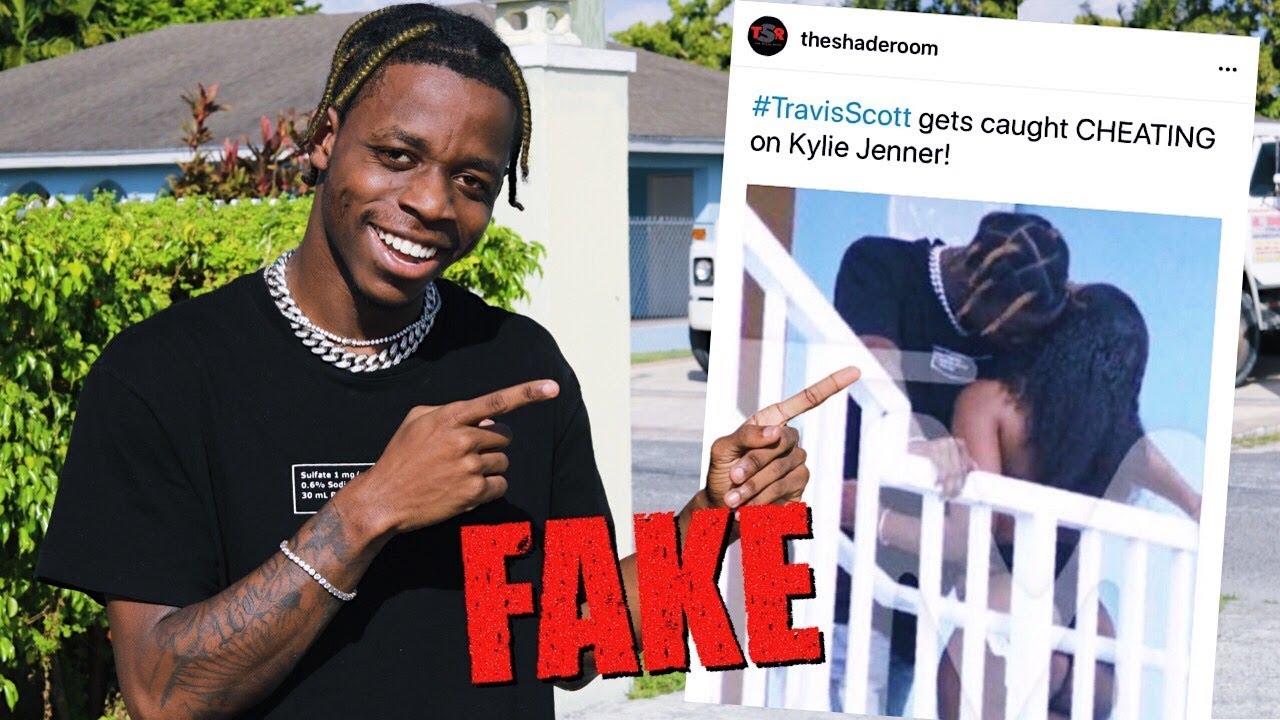 On Monday, a photo of a Travis Scott lookalike being cozy with a black woman on a balcony surfaced the internet, with many people saying he was cheating on his wife Kylie Jenner.

Travis, commenting on the issue, debunked the allegation. Commenting on a page that showed the image, Travis said: “Trolls working hard today. I don’t be on a balcony wit no thots. That s–t lame. Try again u trollsssss. Me and my wifey sturdy. Back to celebrateing (sic) !!!”

In a second comment, he added, “Only got love for my wife. No time to be wasting. Try again.”

Turned out Travis was right and it was all a prank. The YouTuber being the prank ChristianAdamG has released a video explaining how easy it is to “fool the internet”. He was inspired by another YouTuber who staged a photo of a Justin Bieber lookalike eating burrito in a weird way, he said.

“Never believe anything you see on the internet,” he wrote in the description of the video on YouTube.

“DISCLAIMER: this video was NOT made to intentionally hurt Travis Scott, Kylie Jenner or the entire Kardashian family in ANY way shape or form,” Christian added.

Gotchu’ Internet | #BlackMenDontCheat ❤️ DISCLAIMER: (This video was NOT made with the intent to ruin somebody’s relationship or family) watch FULL video for more context. (Link in bio) ❤️

However, in a now-deleted post on her Instagram Story, Kylie shared a screenshot of the photo and wrote: “Idk if this is really a social experiment to some people but you’re messing with real people, real relationships, real family. I’m happy my relationship is strong because this is getting out of hand. The internet scares me sometimes for real.”

Kim Kardashian also condemned the prank, writing on Twitter: “I hate that I am bringing attention to this but this is absolutely disgusting that you would find this funny to mess with Travis & Kylie who just started a family together. This is really damaging to relationships, families and is just so wrong!”

Khloe Kardashian also had something to say about the prank. “People are absolutely disgusting! The mind games this would do to somebody… That is so completely not OK! This person should be so ashamed of themselves! What filth,” she wrote on Twitter.