Bolu Akindele: In Search of Healing 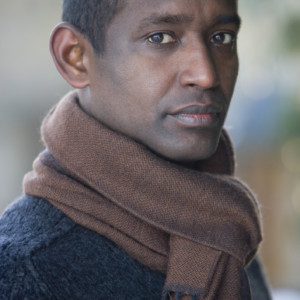 The first chapter of your story has him in it.
You, him and her in the sitting room of your 1-bedroom apartment in Shomolu. You’d not had electricity for 2 weeks and your family’s “I pass my neighbour” generator refused to come on.

He laid on the three-seater, eyes open. Your mum sat on the other chair, close to the window. And you, on the floor. Asides the intermittent sighs from your father and the sound from your mum’s handheld fan, the room was silent. No words. No movement.

The hand fan, one of the many souvenirs your mum brought from parties was a reminder of her love for weekly owambes. You moved to the side of the three-seater, laid your head on his chest. He, in turn, rested his hand on your head. His body oozed of a weird mixture of cheap beer, sweat, and Sure Men. You took it all in. You loved it. As he breathed in and out, his heart pumping blood second after second, the rhythm, it called out to you. It was the first time you experienced something so intimate. You had rested your head on him to aid your sleep but, at that moment, the sleep you wanted so bad felt very far away.

Your mind wandered, tried to make sense of that moment, that feeling. As you listened, it felt like a tune that got better with every note. You listened, paying attention to the rhythm of his heartbeat. And yours. It made a beautiful melody.

He called your name a few minutes later but you feigned unconsciousness and didn’t respond. You weren’t about to lose this euphoria that had only just began. After about three tries, he lifted you to the toilet to urinate before taking you into the room. He laid you on the bed, covered you with the wrapper, opened the windows and walked out. Your heart sunk. You thought this was it: the moment, that love was back.

As you laid on the king size bed, with your heart sunk. You felt, again, loneliness. But you also were hopeful. Hopeful that he had changed, that maybe he really loved you. Maybe you had changed or that maybe you could now talk to him. You also felt that he didn’t want you because if he did, he would have let you stay. But, again, if he didn’t, then why didn’t he let you sleep even for a few minutes? Why did he stop this beautiful moment midway?

You stared at the ceiling. You wanted more, but this felt like a start. You could have more. Those few minutes felt like an open door to finally tell him everything – the tale of 13 years.

The next morning, bubbly, as you prepared for school, you ran to him and hugged him. But you had barely ran your hands around his waist when he hit you on your face. Your mouth was stained with oil from your breakfast and it had stained his white shirt. Your mum had tried to calm him but he didn’t spare her either, running his mouth on how you were indeed useless.

The night before had been so real and that morning was a huge contrast. So, you scolded yourself for being so clingy. You should have known that there was still oil on your mouth. Why were you so dumb? This was the only way you knew how to deal with rejection: blaming yourself.

On your way to school that morning, you thought about how things had become the way they were. How you never liked to go to your neighbour’s house because of what they did to you. But how he always insisted that you went. You wanted to tell him of all the things that happened whenever you went to their house. You wanted to tell him of one of those mornings when you forgot your Songs of Praise hymn book and had to walk back home.

That day, your mum had gone to Ibadan for a wedding so it was strange to hear voices from the room. You had looked into the room and saw two bodies. It wasn’t your mums or anyone familiar, but the one on top was your dad. You wanted to ask why he did it. You wanted to know why he hit you and your mum and why your family was so poor, unlike several other families.

He died a few years later of cancer. But you wished he hadn’t died. You regretted not telling him the things you had in your heart – your closet.

At his burial, you shed many tears. Everyone thought it was the pain of loss but you knew it wasn’t. It was the pain of unsaid words, un-lived experiences, unasked questions. You were asked to deliver his tribute but you rejected the offer,, saying you were speechless. That was the truth. How would you begin to say these words?

The second chapter of your story has a therapist in it.
You drove from your house in Ikoyi into Lekki Phase 1, thinking about how much your life had indeed changed. You could afford anything you wanted – anything at all. You had a thriving career you were on all the listicles you could imagine – and more. As you walked into the therapist’s air-conditioned office in Lekki, Brymo’s song playing subtly in the background hit your eardrum. The familiar scent of Airwick ran through your nostrils. The room was quiet and the glass along the hallway allowed you take a few vain looks at yourself as you walked past. This is the life you live in now: class, exclusivity and prestige. The good life.

You sighed. It had been 5 months since you were awarded a Doctorate of Literature degree (D.Lit) at the School of Oriental and African Studies (SOAS), University of London, but it still felt weird to be called a doctor. She told you about how she constantly read your weekly online column and had always wanted to thank you for being vulnerable enough to write honestly. She reminded you about your good life, that you were the goal, the dream of many youths across the world. You looked into her eyes. She meant it. You reminded her that it was the Lord’s work. Your life’s mission. And you could only do the little you could to inspire another person towards a life of meaning.

She snapped her fingers. It’s what people do when someone says something “deep.”

She walked you into the room where you were to have your session. This room – painted in orange and white and inscribed with words like joy, laughter, happiness – had become your home in the last 15 days.

The doctor reminded you again that it was your fifteenth day of the 30-day therapy session. You smiled.

“You are doing well,” he said. “Unpacking, unloading and decluttering.”

You told your therapist that for the first time that year you slept well, without a nightmare, and that you woke up without the usual migraine. She reminded you that she’s the most sought after psychologist in West Africa. “My work is excellent.”

You smiled. You agreed.

“Sir, tell me about your childhood,” she started. “Everything. We have all day.”

Your eyes began to boil. Your mouth, agape. Tears trickled down your cheeks. You were dumb.

She looked at you without flinching.

You wanted to bare it all, but you couldn’t, so you continued to shed tears. How could you even begin to recount all the words you could not say?

The third chapter of your story is a prayer.
I pray (and hope) that you find healing, and love, and comfort, and strength for all of the words you couldn’t say.

Bolu Akindele is a writer and freelance journalist from Nigeria. His work covers religion, human interest stories, health and development across Nigeria and increasingly, West Africa. You can follow him on twitter @boluakindele