Michael Afenfia: What 2018 Taught Me 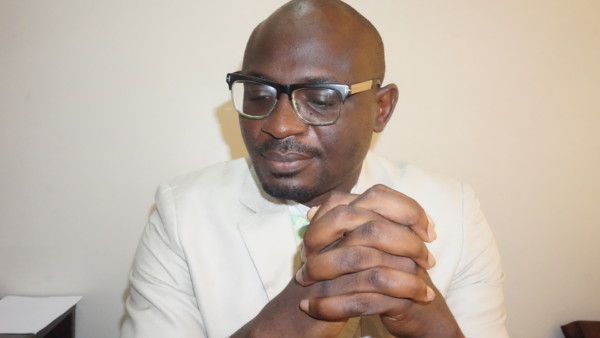 On the first day of the year, amidst all the good wishes and prayers from family, friends and colleagues, I received a message from someone I won’t say I know that well.  I ran into him first at a speaking event where we weren’t even introduced; and then we were introduced again at a reading I organised in November to premiere the online series I write on my blog. On both occasions, there wasn’t really time for us to interact because, at the first, he was one of the Masters of Ceremony and at the second I had to spend time talking to guests and then the press afterwards. Fortunately, there was a photo session at the end of the programme and a time to get into other people’s selfies and sign some books as well. I think that was when he got my number, because in those sort of meet and greet situations, a few bold fans would ask for your number and I always obliged them.

Sometimes it’s hard to recall who asked you what and what your response to them was, but they do. So I don’t recall much what we talked about on that day or the selfie we took together, until I noticed that the image on the display picture on the strange number that sent me a Whatsapp message on the first day of January this year was mine. That message which I still went back to even this morning reads in part –

“…I have always had a flare for writing, so I picked up my pen and started, and it’s mostly thanks to you, I will be published this year.”

While I appreciated the prayers for success, promotion, happiness, favour, riches and good health that I received all through the night and the rest of that day, that particular message touched me.

I wrote. I wrote in spite of the difficulties, challenges and distractions. I wrote because it was what I purposed to do in 2018. But when I was done writing, I always do not know what becomes of what I have written, who was reading it, or how far it goes. That’s not in my hands.

So, to realise on the first day of the New Year that someone out there is touched and inspired by the consistency of what I do in my little corner—so much so that it has energised them to take their own writing more seriously—is truly humbling.

In the course of last year, I received similar messages and feedback from people who didn’t believe they could write but now do. I met people who wouldn’t even read a book if it wasn’t a school recommended text but who have now become avid readers and consumers of literature because of the events we held and the competitions we organised.

It tells me that in 2019, consistency is important. In whatever you do, and in the positions you occupy or the opportunities that present themselves before you this year, try and be an inspiration to others. Be a source of encouragement to the people around, even without uttering a word.  That is what 2018 taught me.

Elizabeth Ajetunmobi: Tips for a Drama-Free 2019 with Recruiting Domestic Staff

#PVCitizen: Find Where to Pick Your PVC Up