We're All For GoFundMe Campaigns But There's a Teeny-Weeny Concern! 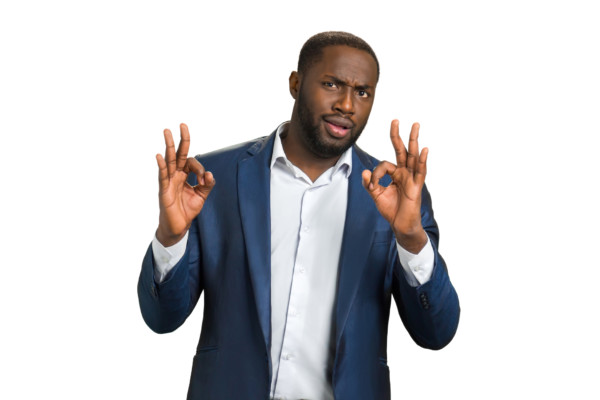 GoFundMe campaigns surface often on social media timelines. A huge number of people are always trying to raise money to pay exorbitant health fees or school tuition. Likewise, there are numerous pleas by social media users appealing to the goodwill of their followers to raise money for an urgent need.

Health and education related challenges are at the forefront of the cause of most of the pleas, and a few cases reach their targeted amount. This development greatly benefits from the need people feel to help others and the religious implication it holds to some people.

There is a common saying that a lot of Nigerians are one major health challenge away from poverty. The reality of the statement is that a lot of people would have to turn to others for help, too, in times of urgent need. Perhaps, crowdfunding has been a success because people consider that someday, it might be their turn, or as a form of goodwill that will exempt them from such occurrence. Regardless of the reason behind the goodwill, the reality of the situation is not lost on a lot of people considering the situation of the health sector in the country.

With over 90 million Nigerians living in extreme poverty, it is not out of place that many more people are having to turn to crowdfunding to pay health bills or to have a shot at education. Both sectors in Nigeria have been riddled with a lot of challenges. The lack of adequate equipment in hospitals means a lot of illnesses are still being referred abroad for treatment, and the fees usually run into millions, which the bulk of the population cannot afford. Likewise, the treatments available in Nigeria are not any cheaper – with bills usually running into hundreds of thousands for even minor surgeries.

Although the Nigerian Health Insurance Scheme was introduced as a solution to bridge the cost of health, it has not had much impact in the face of infrastructural decay, high unemployment rate, and low level of income, which accounts for why many Nigerians do not have health insurance. The scheme itself has failed to achieve one of its main objectives: to make healthcare affordable for all Nigerians. Last year, Nigerian social media witnessed perhaps its biggest financial plea yet. A young man who was referred to a foreign country for treatment, because there was no facility that could handle the case in Nigeria, had his health bill totaled at a million dollars. Despite the massive support people showed towards the cause, he died fighting the illness.

The education sector is not any better. While the cost of education in Nigeria is subjective, in the light of the minimum wage in the country, it comes at a great cost to a lot of people. A while ago, there was a thread on Twitter by a young schoolboy trying to crowdfund for his exam fees which were cumulatively less than ₦20,000.

Take for instance the story of Success, the young schoolgirl from Delta state, who trended recently because she was sent away from school as a result of her parents inability to pay her fees. The widespread video led to numerous donations to her and her parents, as well as putting a spotlight on the state of the school which the governor of the state has ordered to be renovated. This has, however, not in any way addressed the terrible state of infrastructure in other schools in different parts of the country, or the lack of a system that provides her parents with an income sufficient to pay her fees.

How ever great and humane this has been over the last few years, a pertinent question to be asked is should we feel good about helping others collectively, or feel bad that they needed us at all?

It is lost on a lot of people, or perhaps they have just given up, that a collective GoFundMe we all have formed exists, and it is called the government. Our contributions are the taxes paid to ensure the system works. Maybe if we demanded accountability, we would not have campaigns to give to, or at the very least, there would be a noticeable reduction.

If a subset of the general populace consistently give to the campaigns that have become very common till they meet their target, should more not be expected from the government who take a substantial amount from the income of everyone with the promise of providing the very things taxpayers now have to seek help for?

Infrastructural decays exempts no one. The entertainment industry has been repeatedly hit with cases that require crowdfunding to take care of. There was the case of Victor Olaotan who had a GoFundMe account with a target of $50,000 opened on his behalf. The fee was eventually settled by philanthropist Femi Otedola. Recently, there was the case of Babatunde Omidina known as Baba Suwe, who received a donation of a million naira from the vice president and was later visited by health minister.

While these acts of kindness must be commended, we must not neglect to note that their fame was the saving grace that led to the widespread news of their situations, and that the same cannot be said for the hundreds of thousands faced with similar expensive heath challenges.

Most people will agree that the more willing we are to help others with either our time or money, the better off we all are. But are we willing to substitute individual philanthropy for collective responsibility? Will personal empathy and sometimes impulsive altruism take the place of the government in aggregating resources to solve problems in the long haul?

Although one in every three crowdfunding campaigns do not reach their target, the initiative has helped a lot of people who would have otherwise been unable to get out of whatever financial situation they were faced with, and over 5 billion dollars has been raised on the GoFundMe platform since its inception. For many people, the initiative was a lifeline in their dark moments, even though many of the donors only gave what was to them money they could part with.

We all have a personal responsibility to promote the common good, and government is the principal mechanism through which we do that. Do we really want to substitute the fickleness of individual altruism for what is in fact a shared obligation? It’s fine to join friends in a good cause, but let’s not walk away from the hard and important work of making government accountable to us, and holding them to their responsibilities in the pursuit of a system that works for all.

The Daily Vulnerable by Chude Jideonwo: How does one deal with Insecurity?

Adefolake Adekola: Your Favorite Bread is Actually Not “Bromate Free”