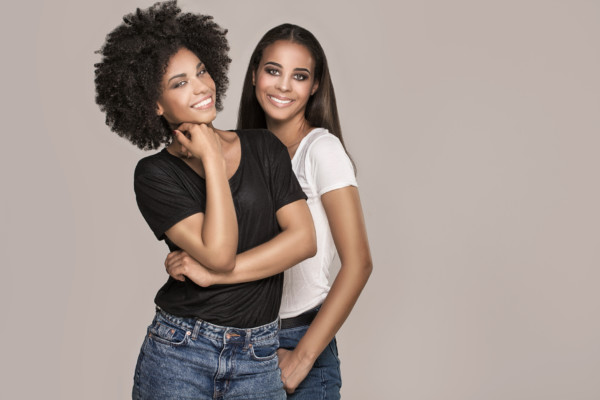 I’ve never been a good loser. I was very active in sports and hated losing with a passion. I remember once when I threw a tantrum after coming second in a race. I felt so bad that I locked myself in my room afterwards. I felt not good enough. So it should come as no surprise that I matured into a woman who hated the idea of losing and everything associated with it.

I stopped participating in sporting activities and shied away from any type of competition. ‘I’d rather not try than try and fail,’ I often consoled myself. That was my stance until recently, when I came across a video on Instagram that made me cry tears of joy. It lifted my somewhat downcast spirit. It was a much needed and welcome distraction after weeks of upheaval and uncertainty.

The video was that of an older woman who could be seen hugging two boxers after a match. The manner and way in which she enveloped both in her hands made it difficult at first to know which was her son. However, it was soon clarified that she was the mother of the boxer who lost the fight, and in essence the title. It would have been expected for such a mother to feel sad, or even show some animosity, in solidarity with her son, towards his opponent (as most of us would were we in the same position). A mother always knows when her child needs a comforting touch or some soothing words. There was no doubt from the way he approached her that he was hurting from the defeat. Instead, she did the complete opposite: she embraced her son’s opponent, praised him, even encouraged him. It was indeed a beautiful sight to behold. One phrase stood out to me, captivating me even more than the act itself. As she held onto the man who had defeated her son, she said, “It is your time, it isn’t his time.” It was clear from this statement that she understood the act of selflessness and waiting your turn. It also had an underlining meaning for me: it showed that deep inside she believed her son’s time was going to come, it just wasn’t then. With only words and a singular action, this elderly woman reduced a big man to tears.

The opponent, who was our very own Kamaru Usman, instantly broke down in tears at the sweet and kind words she said to him. She had not only touched his heart but his soul as well, and in a way most likely altered his perception of people. It was a beautiful thing to see, and I couldn’t help but silently pray for such a Godsent of a woman. Her deed was the silver lining in the dark clouds for me. It thought me a very vital lesson.

Here was a woman whose son had lost a very important fight, yet still found the courage to congratulate the person responsible for his loss. She didn’t let her love for her son change who she was or how she perceived people. She remained true to herself and still found the strength to encourage the winner. I am sure she felt her son’s pain and must have wanted him to win. After all, what good parent wouldn’t want their child to succeed in whatever they do? Yet, she accepted the loss graciously. I watched the clip over and over again with one question plaguing my thoughts: What would my reaction have been if it were my son who had lost such an important competition, a position or a contract? I don’t know how I would have reacted, but I am sure I would not be praising the winner. My curiosity led me to the comment section of the video. I was not surprised to find that all the comments were positive. However, a number of them stood out to me. These were comments in which the commenters detailed their various personal experiences in competitions. One commenter wrote how her mother would have whooped her if she had lost in a competition. Although I’m sure it was meant as a joke, it was not far-fetched or impossible. It would shock you the length some parents would go to achieve perfection. Such an act isn’t uncommon in the world or the society we live in.

Many of our parents, in a bid to push us to excel, have made us unwilling and unable to accept losing. A loss is frowned upon and at times openly condemned. Many a times parents make the mistake of comparing their child to another child, which on the long run can have a negative impact on the child. Something like ‘Ayo was first in his class, why didn’t you come first?’ is a very common statement. While the parent understandably might just want the best for their child, putting a child on the spot isn’t the preferred or right way to help the child on the long run. No one wants to be associated with a loser or be on the losing team. Taking a loss is seen as such a shameful act that people go to great lengths to avoid defeat.

(P.S: Do not get me wrong, I am not in anyway saying that losing is good or should be hoped for).

Losing isn’t the end of the matter or the final nail in the coffin. It may only mean you need to review your methods and try again, or in some cases try another way. The most successful people in the world were not afraid of failing. For instance, Richard Branson, although I do not know definite his state of mind, am most positive he didn’t see his several failed ventures as disadvantages. Instead, he used his previous failures as stepping stones on his road to success. That day I learned a very valuable lesson, which I hope will help shape the rest of my life. It doesn’t matter what loss you have taken, what matters is how you turn such a loss into a win. From that day on I began taking part in activities without the fear of losing . Although I have failed in certain exercises, I have realized that losing isn’t always a bad thing.

Uju Chukwu: 5 Essential Things Your Consultant Did Not Tell You About Personal Branding

Discovering Her Was Finding Feminism! Michael A. Describes His Experience on My Partner is a Feminist