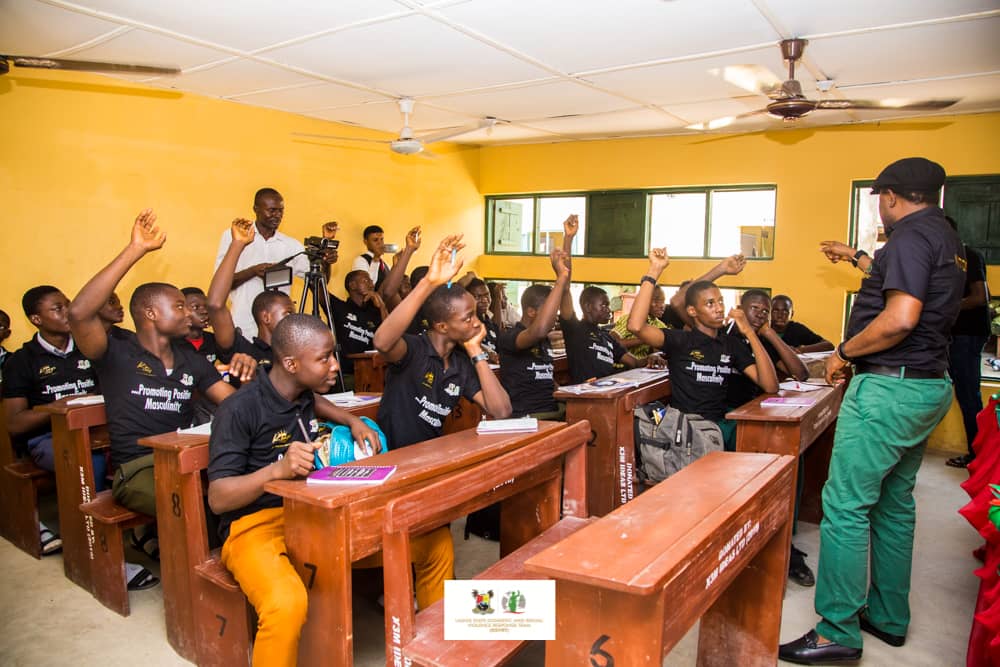 In a bid to ensure continuous sensitization of students on sexual harassment and safety on campus, the Lagos State Domestic and Sexual Violence Response Team recently engaged students of both the University of Lagos and Lagos State University. The sensitization was done during orientation program for fresh students who have recently been enrolled into the two higher institutions.

The team spoke on the topic “Prevention of Rape and Sexual Assault on Campus.”

The focus on fresher students is key, as statistics have shown that they are at a greater risk of being sexually abused on campus, due to perceived naivety and an initial lack of safety awareness within campus or red flags they should be wary of.

They were also informed of what consent entails and understanding that consent is freely given, reversible and specific. The team also used this opportunity to address the criminality of sexual harassment, making it clear that students should report lecturers and people in authority in the respective institutions who solicit for sexual favors, or make unwelcome sexual advances that affect the students’ educational opportunity, or create intimidating, hostile or offensive learning environment. The students were informed that sexual harassment is both a civil wrong and a criminal offense.

The students were also enlightened on the appropriate channels through which reports of such acts can be made. Conversely, students were advised to report immediately to their course adviser, counselor or the Dean of Students Affairs. The orientation expatiated on the legal provision on sexual abuse in Lagos State. The students were also reminded that rape and sexual assault by penetration carry life imprisonment, while sexual harassment is three years imprisonment. The presentation also elaborated on the safety measures to take on campus, in social settings, and the steps to be taken if a student unfortunately falls victim to the vices. The students also received information, education, and communication materials with relevant contact details and quick steps to take in case of an emergency.

This content has been published for free as part of BellaNaija‘s commitment to youth, education, healthcare and community development as part of our corporate social responsibility programme