Dr. Azibanigha Scott: Move At Your Own Pace, You're Not Alone! 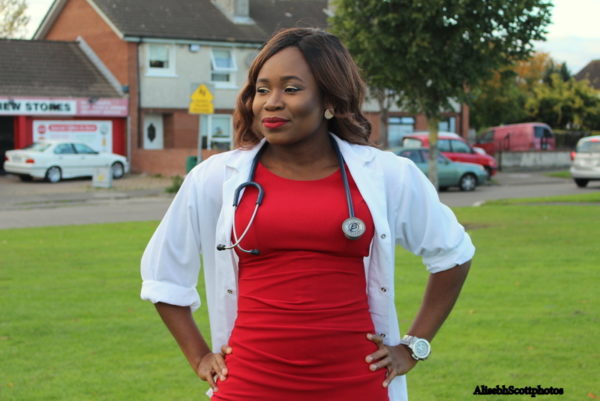 This is not what I planned to write about. In fact, this topic was scheduled for September 2019. But with the high rate of suicide among young people lately, there is a major cause for concern, hence the timeliness of this article.

There is little published data about the suicide in Nigeria. An article by Adewuya A.O et. al, published in the British Journal of Psychology, threw some light on the increasing rate of suicide in Sub-Saharan Africa, and in their study, they surveyed 11,246 adults, and estimated that the rate of current suicide ideation, i.e. people having persistent thoughts to take their life, was 7.28%. That is quite a lot.

There are many risk factors that predispose people to suicide, such as a previous suicide attempt (this is the strongest risk factor for suicide), depression, and substance abuse. Other risk factors, according to the WHO fact sheets, includes conflict (amongst family, colleagues, other relationships), disasters, violence, and abuse (psychological, physical, emotional, sexual).

It is estimated that around 30% of global suicides are due to pesticide self-poisoning. Others are hanging, use of firearms and, if I must add as well. drug overdose.

Obviously, an individual must really be going through a lot to want to end the pain by taking their life. One of the ways to reduce suicide rates is to have facilities that can be easily accessible to people who need help. As a nation of 180 million people, it is sad that we don’t have enough hotlines. In preparation for this article, it took me over 30 minutes to be able to get through to a hotline. A lot of the phone numbers available were switched off or just ringing. That says a lot as a nation, and we have to do more.

If you are going through stuff and need someone to talk to, you should:

See a psychologist
They are not doctors per say, but they have extensive training in matters of the mind. Some of them have advanced training and work closely with psychiatrists as clinical psychologist. There are a few licensed counselors you can talk to.

Another angle to take, for those who may feel overwhelmed, is to go the spiritual route. Some religious outlets have psychologists they employ who help people going through difficulties. If you are neither Christian or a Muslim, there is no need to worry, there are many trained counselors you can talk to.

Finally, the age range for suicide is around the ages of 18 to 29. A lot of young people feel that they are underachievers, and are overwhelmed with what life is bringing. See, at this point, nobody expects you to have your life figured out. Stop putting yourself under pressure due to unrealistic timelines. Move at your own pace.

People post what they want you to see on social media. Nobody posts their failures, low points, or crying times. They only post the good times. Social media is not a real reflection of what is going on in the lives of people, so you have to be very careful of the kind of content you consume. When you are successful, no one will ever ask you what age you finished high school, when you graduated college, when you got your masters, or when you bought your house. Don’t put yourself in unnecessary stress with unrealistic timelines.

There are a few initiatives that assist those who need trained people to talk to, they are:

We currently don’t have a national working suicide hotline, and that goes to show that we have a very long way to go. I hope you find this article useful.

Mackenzie Bezos signs “Giving Pledge,” to Donate Half Her Fortune To Charity

Betty Irabor goes on Tour to Destigmatize Depression, Encouraging People to Speak Up