Mackenzie Bezos signs "Giving Pledge," to Donate Half Her Fortune To Charity 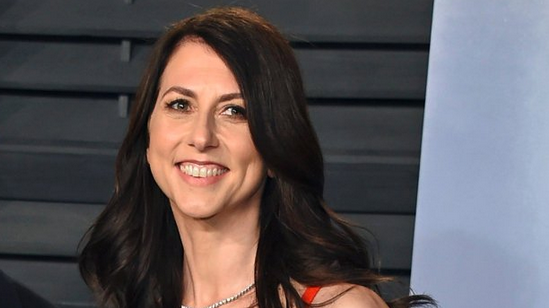 Novelist Mackenzie Bezos has pledged to donate half of her fortune to charity.

The billionaire ex-wife of Amazon founder, Jeff Bezos has signed the ‘Giving Pledge’, joining Warren Buffett and Bill and Melinda Gates. Other notable names on the list of donors include Mark Zuckerberg, Richard Branson and WhatsApp co-founder Brian Acton.

The Giving Pledge is a campaign that calls for the super rich to donate a majority of their wealth to charity either in their lifetime or in their wills. The pledge started in August 2010 and now has over 200 signatories.

Mackenzie Bezos said in a letter published by Giving Pledge:

“There are lots of resources each of us can pull from our safes to share with others — time, attention, knowledge, patience, creativity, talent, effort, humor, compassion. In addition to whatever assets life has nurtured in me, I have a disproportionate amount of money to share. My approach to philanthropy will continue to be thoughtful. It will take time and effort and care. But I won’t wait. And I will keep at it until the safe is empty.”

According to Forbes, Mackenzie will become one of the richest people in the world, and the third richest woman in the world following her divorce from Jeff Bezos earlier in the year where she’s set to get around $36bn.

Ambode Officially Hands Over to Sanwo-Olu Ahead of Inauguration