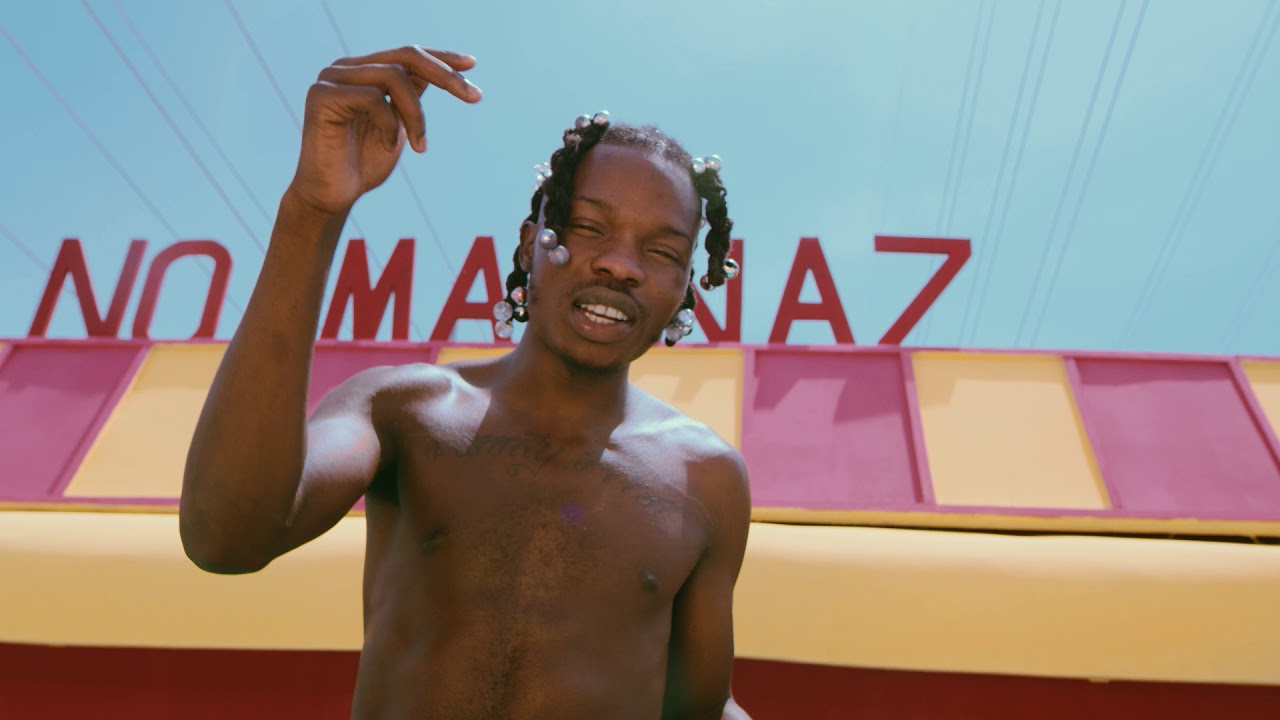 This is coming after the singer’s team released a statement saying he was arrested with an item that wasn’t his at his apartment in the early hours of last Friday, his birthday.

#NairaMarley's management's statement on singer's arrest by #EFCC over fraud. His team says he was found "with an item that does not belong to him." . #BellaNaija bellanaija.com

Punch reports that the charges were were filed before a Lagos State High Court and the singer is facing in hail if found guilty.

He is said to be arraigned on Monday, May 20th.

The charges read in part:

That you, Azeez Adeshina Fashola, aka Naira Marley, and Raze (still at large), on or about the 11th day of December 2018, within the jurisdiction of this honourable court, conspired amongst yourselves to use Access card 42658840359191132 issued to persons other than you in a bid to obtain gain and you thereby committed an offence contrary to Section 27(1)(b) of the Cyber Crimes (Prohibition, Prevention etc) Act 2015 and punishable under Section 33(2) of the Same Act.

That you, Azeez Adeshina Fashola, aka Naira Marley, and Raze (still at large), on or about the 10th day of May 2019, within the jurisdiction of this honorable court, with intent to defraud possessed, counterfeit card 4921819410257431 issued to Timea Fedorne Tatar and you thereby committed an offence contrary to and punishable under Section 33(9) of Cyber Crimes (Prohibition, Prevention etc) Act 2015.

According to the EFCC, some of the credit cards bore the names: Nicole Louise Malyon and Timea Fedorne Tatar.

See the charge sheet below: 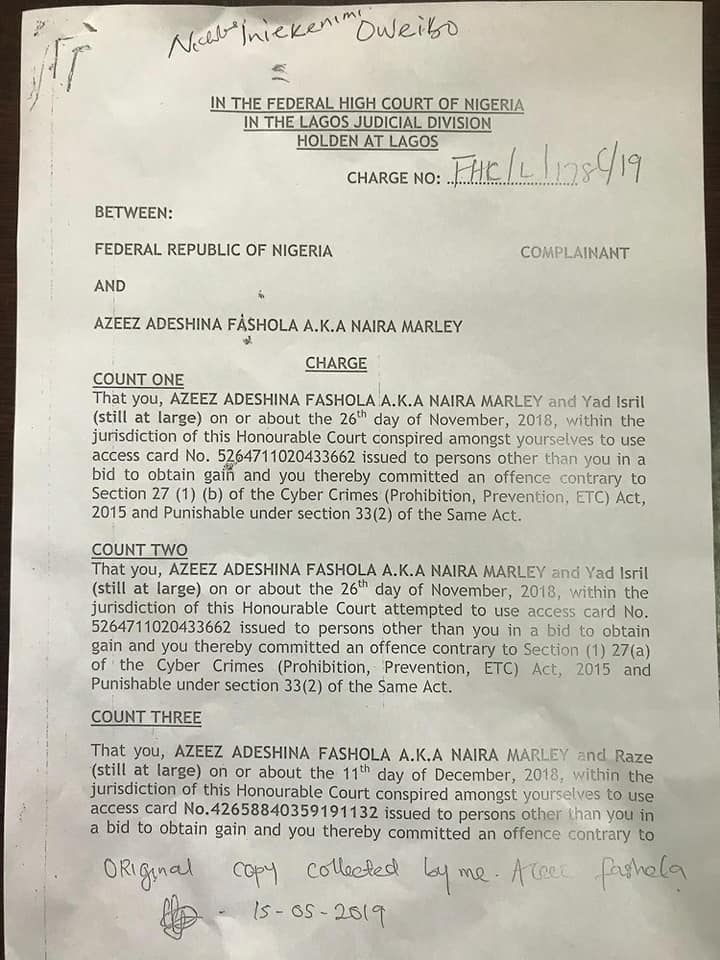 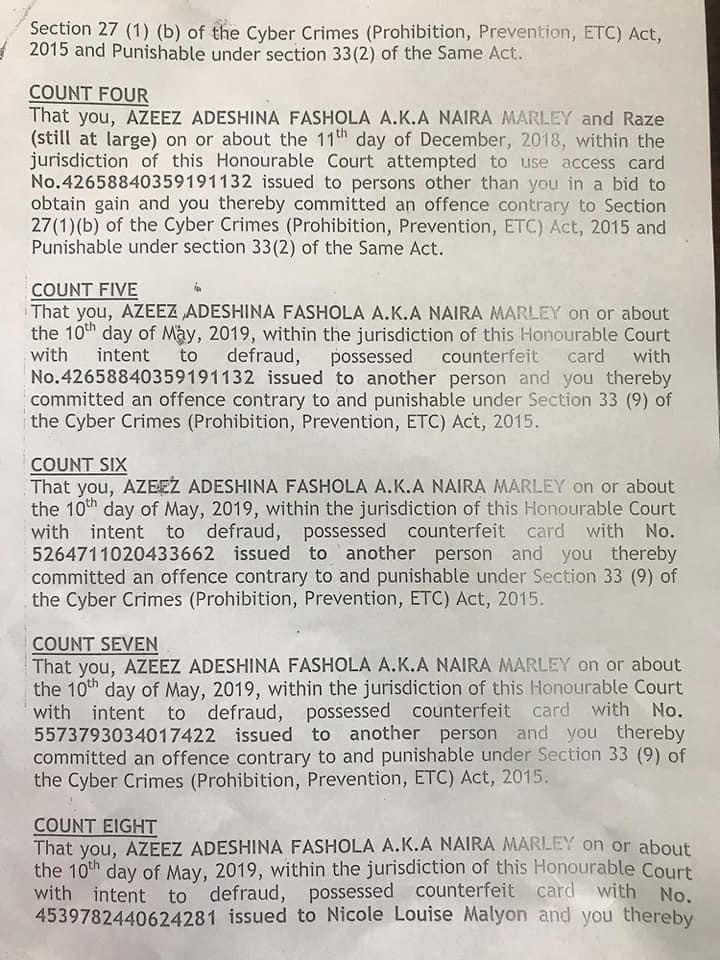 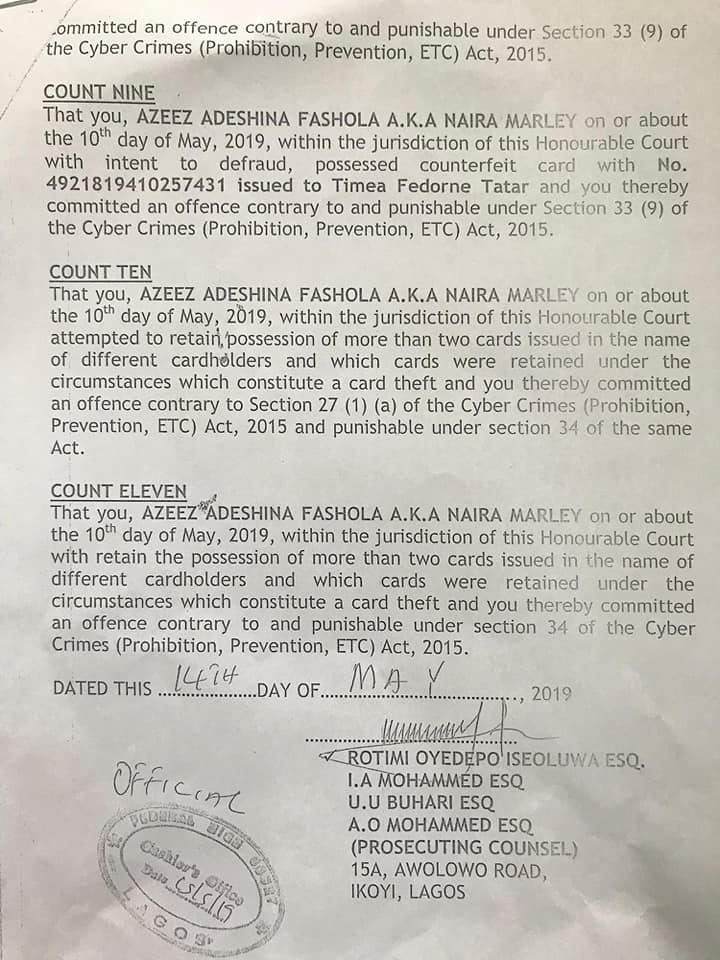 “I am a sex addict,” Lamar Odom says in Upcoming Memoir