“Game of Thrones” has finally ended after eight seasons and seventy-one episodes, all with an episode that sees major developments take place within the blink of an eye (characteristic of this final season).

Before anything, a deserved applause to the actors whose phenomenal acting sold to us plot and character developments that were rushed and unearned.

Let’s get on with the recap. Of course, as is the usual, SPOILER ALERT!!!

Daenerys (Emilia Clarke), in a monologue after burning down King’s Landing, indicates that the carnage is far from over. There are still people to free in Winterfell, the Riverlands, Dorne, she says. Of course, given that Dany’s gone mad, as seen in the previous episode “The Bells,” people to free means people to burn. Welp!

There, too, we see Tyrion (Peter Dinklage) give up his role as Hand of the Queen. Before then, he has somehow intuited where his siblings Jaime (Nikolaj Coster-Waldau) and Cersei (Lena Headey) passed, and although the Red Keep caved over their heads, he only needs to overturn a few stones to find their bodies. But, you know, this is the final episode. Let’s forgive and forget and enjoy.

Anyway, he gives Dany the cold stare, telling her that she burned innocent people. She orders his arrest and into a cell(ar?) he goes. 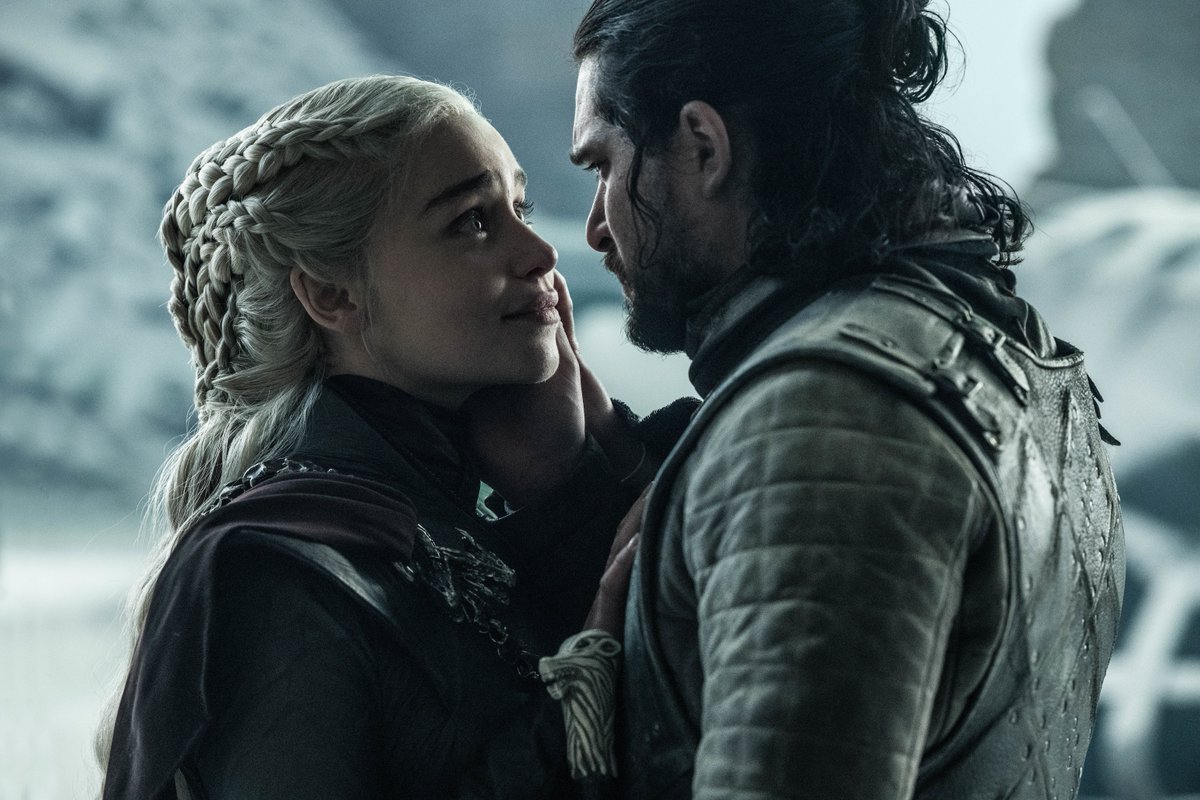 Jon Snow (Kit Harington) really sells the forlorn loverboy act. He’s looking for a reason to believe in Dany, to believe she’s not a bad person. But he is a noble man, and he can’t stare the truth in the face for too long and deny it, especially not when he visits Tyrion in his cell and that one hammers him over the head with facts: more people are going to die if he doesn’t do something.

‘You’re a dragon. Be a dragon’ #GameofThrones pic.twitter.com/qQG9XM685W

Jon tries over and over to have Dany convince him that more carnage isn’t coming. He says this, then says that; points out this, then that… but Daenerys is resolute in burning everything to the ground. Fire and blood is really what she’s hungry for. There’s a kiss, then a sudden shudder that indicates Jon’s done the job: driven a blade through her heart. Just like that, Daenerys is dead. Of course, this makes us return to us seeing King’s Landing fall through Arya’s (Maisie Williams) eyes. What was the entire video game sequence—complete with waiting white horse—for then? Still, last episode. Forgive and forget and enjoy.

Drogon, from the outside, can feel his mother has been killed. See, even the dragons on “Game of Thrones” can act! The fury on dragon’s face, its scales bristling. But then he melts the Iron Throne and leaves his mother’s killer standing. It’s … weird. Let’s choose to believe Drogon understands that his mother’s killer really is that throne. It’s what made her mad. You know, in the spirit of forgiving and forgetting and enjoying. Also, the Iron Throne turning to butter was mighty satisfying. A case of Rest in peace Aunty. The evil you have done in this world is enough.

Drogon lost his brothers, his mother, his house, everything because of the Iron Throne#GameofThrones pic.twitter.com/LB1Rekdi9f

Next thing we see is Grey Worm (Jacob Anderson) taking Tyrion out of his cell and presenting him before the lords and ladies of the seven kingdoms. See, so many questions. Jon kills Dany and the Unsullied and Dothraki just jail him, leave him be. For why, exactly? When have they ever been a people of justice by trial? And they didn’t need him for bargaining power, so that too is out of it. And you present Tyrion before … see, forgiving and forgetting and enjoying.

Much talking is done, and Sansa (Sophie Turner) shutting down her uncle Edmure Tully’s (Tobias Menzies) pitch of becoming the first elected king of Westeros was much needed comic relief, but somehow Tyrion strongly suggests that Bran (Isaac Hempstead-Wright) should be made king, and everyone agrees. And although a northman, a Stark, is being made king of the seven kingdoms, somehow, the North, led by the Starks, somehow gets to be an independent nation. Still: forgiving; forgetting; enjoying. 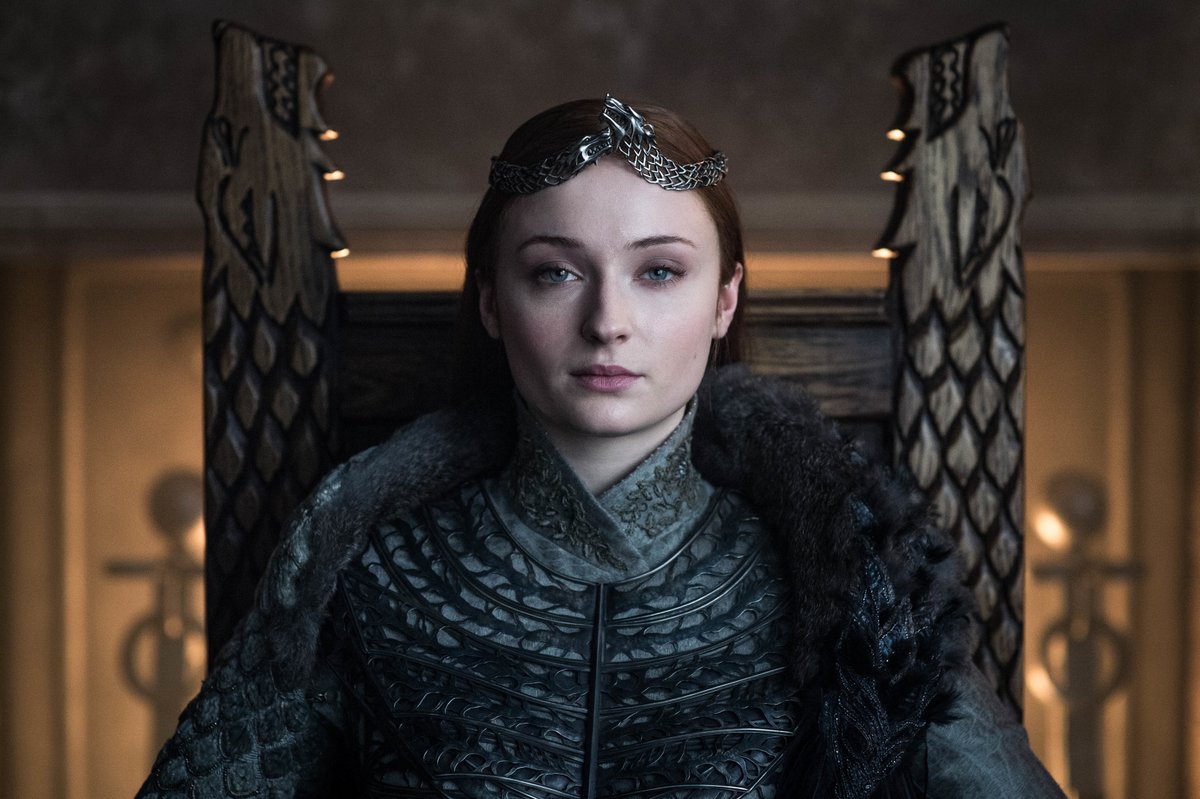 It’s tying the ribbons from then on: Brienne (Gwendoline Christie) fills Jamie’s Knight Book, stating that he died in the arms of the woman he loved. (No lies, would have been more satisfying to see something like “This s***head is an incestous goat and…” You get the idea.) 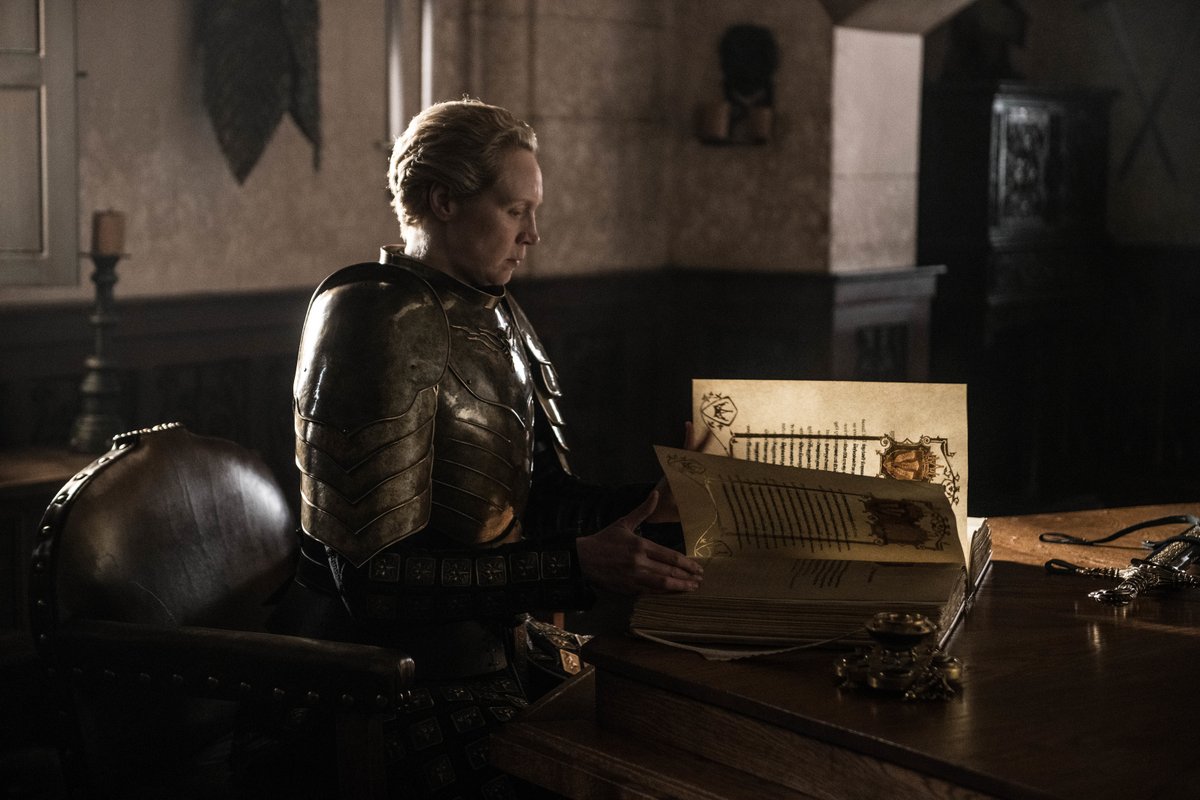 Bronn (Jerome Flynn), the real winner of the show if we’re being honest, returns to King’s Landing and is made master of coin. Davos (Liam Cunningham) is also on the council, as is Brienne and Sam (John Bradley). Tyrion is hand of the king. 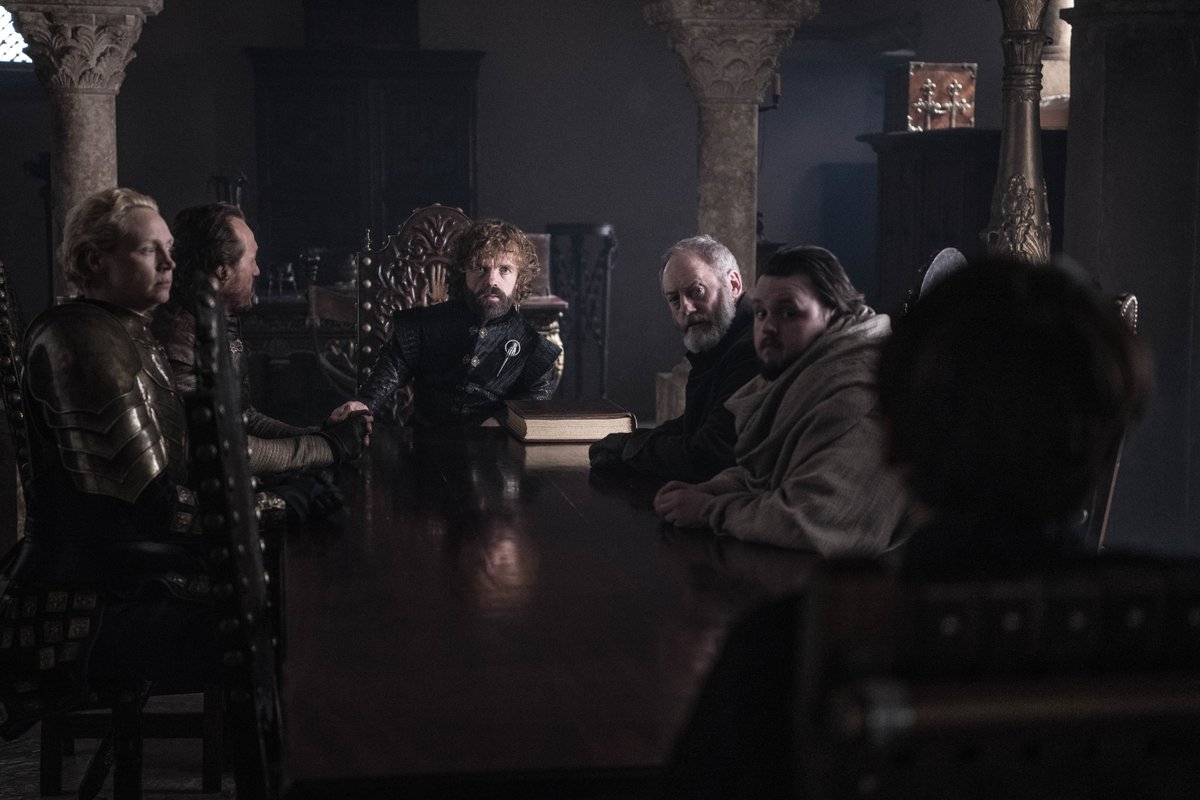 The Unsullied sail to Naath, Grey Worm leading them to the home of his babe Missandei (Nathalie Emmanuel). The Dothraki, well, we see them standing to the side as Jon leaves, and we don’t quite know what happens with them. But, you know: forgiving, forgetting, enjoying.

Arya decides to sail west of Westeros, where all the maps end, and we see Sansa named Queen of the North (with a cute little crown). Jon, who has been made to take the black, rides even more North, outside the wall, with the Free Folk (a k.a Wildlings).

The ending is satisfying, in that every bad person has actually been killed. All the people left are actually good people, including Bronn who is often driven by self-interest but hasn’t actually done anything bad. Another thing: When Bran is suggested as the leader, he states that he’s unable to have children, and Tyrion says this is a good thing. This may be taken to mean that the king of the Seven Kingdom will henceforth be chosen, and will not be an inheritance. 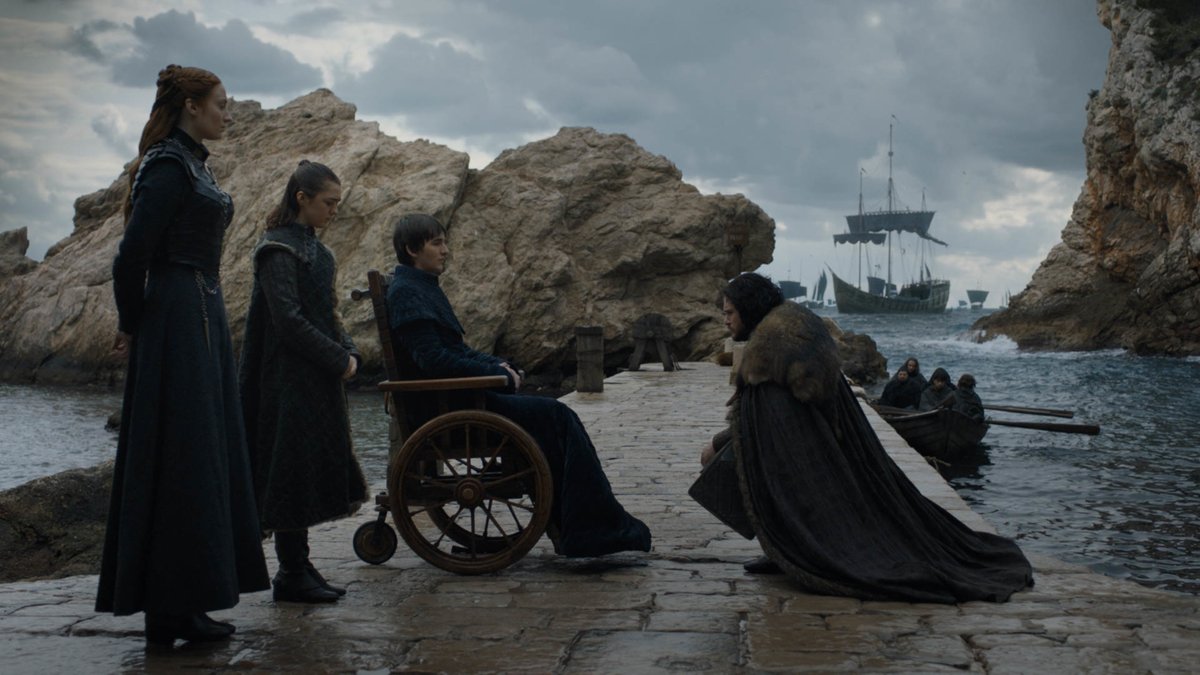 When Dany met Tyrion in the sixth season, she talked about the house of the Seven Kingdoms being spokes of a wheel. She’s going to break the wheel, she said. Seems like she did just that.