Game of Thrones - "The Bells" Recap

In an episode almost completely filled with disappointments, let’s start this with the decent moments.

***This article contains spoilers. Avoid reading even one sentence if you don’t want any of those.***

Although completely bereft of any emotional weight, the Clegane Brothers’ fight was satisfying, thanks to its sheer spectacle. We’d been waiting since the first season to see the two brothers battle it out, and though the fight didn’t mean much in the end (it could have ended either way and it still would have been inconsequential), to see them actually brawl was oh so cool. 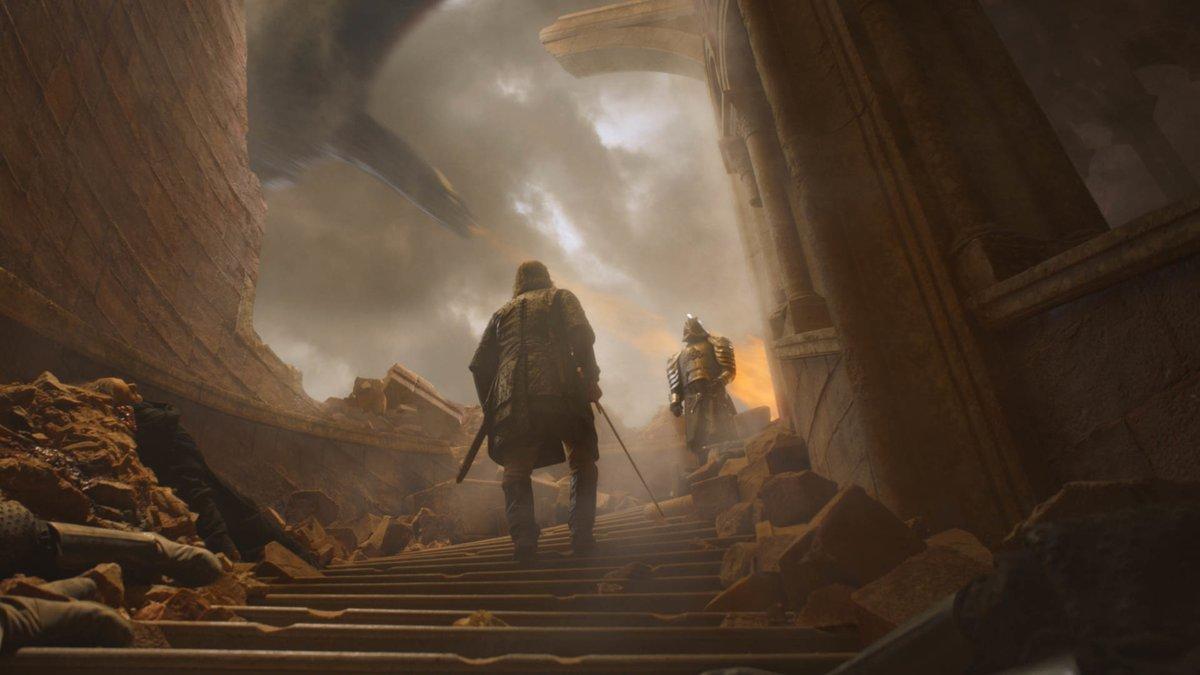 Seeing the zombified remains of the Mountain, and watching his brother Sandor making a pin cushion out of him without any effect was … yassss! Although it was easy to move on from, it still was satisfying to see Sandor take his brother down with him into the fire cooking King’s Landing. Maybe I’m reading too much into it, but having Sandor go by fire with his brother was especially good to see, because of what fire means to the both of them, how fire was how the hatred was sealed in the first place.

Now let’s move on to the rest of the show.

Perhaps more than the lazy writing, the compression of a story that could have been made into an entire season was what was hard to watch. This season, bar the first two episodes, has had scenes that mostly played like highlights of something longer. The first thing we see is Varys dying for spreading news of Jon’s heritage across the seven kingdoms. His story happens in three scenes: he’s assuring one of his spiders of the importance of their cause, then conversing with Jon about how Jon is fit for the Iron Throne, then, quickly, he’s dying. You wonder if it fits the character arc – if Varys is indeed someone who would risk his life (and lose it) for the sake of the seven kingdoms. But it’s only the beginning of the episode, so you forgive that.

There’s Tyrion, who at this point is just an annoying bug. Hearing him prattle on is just … can he just shut up? What’s he done this time? Oh, you know, he’s just “made a mistake” again, like he’s done over and over since he met Daenerys in Meereen. There’s absolutely no reason why Dany should continue to listen to him, and she instructs him that one more mistake and he’s minced meat. And what does Tyrion do? 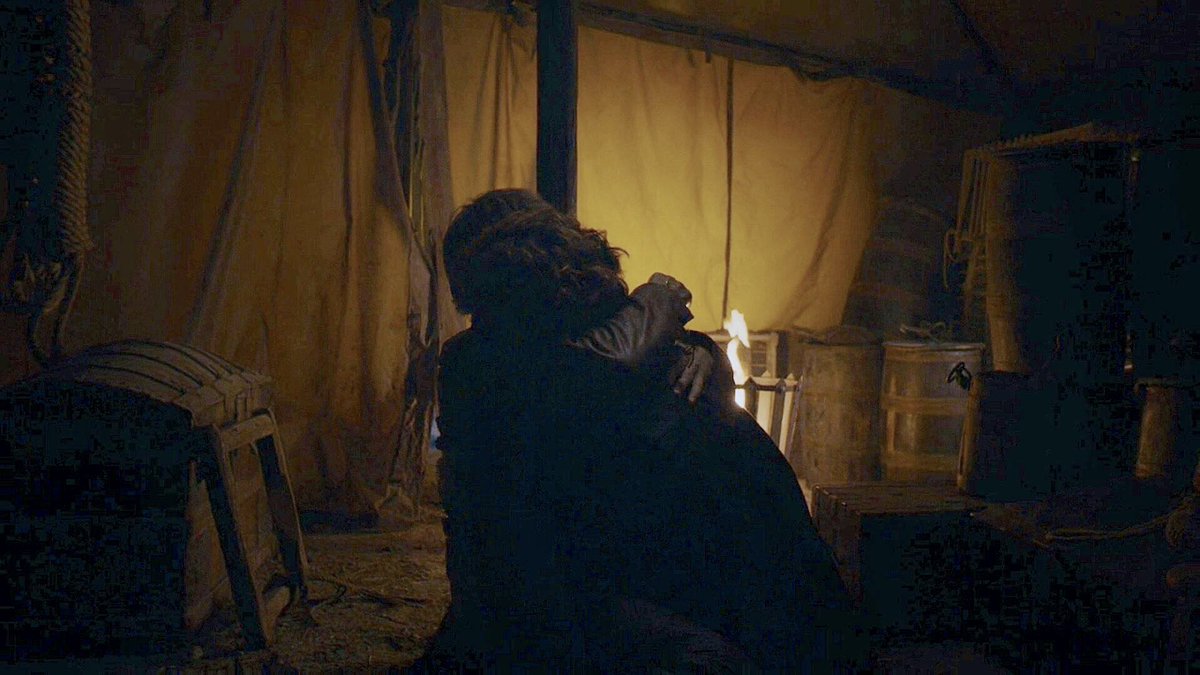 Okay, conveniently, they’ve captured Jaime. Tyrion decides to free him, burdening him with responsibility of ringing the bell in the city, trying to appeal to Dany’s humanity—another mistake. But that’s for later.

Dany’s dragon has finally gained the ability to dodge those massive arrows, and watch it lay waste to all of Euron’s fleet. Euron is (much later) spat out by the sea somewhere conveniently close to the Red Keep, and he spots Jaime and taunts him into the most pointless fight in Game of Thrones history. Blood of God, what was that fight. It seemed like David Benioff and D. B. Weiss thought: we have to kill this guy, what’s the most spectacular way to do that? Yes! let’s have him fight over Cersei with Jaime. Stupid.

Another person’s death who was also lazy? Qyburn. The two Ds must have forgotten he existed and figured he, too, had to die somehow. So why not let him serve as a comic relief? Sigh. 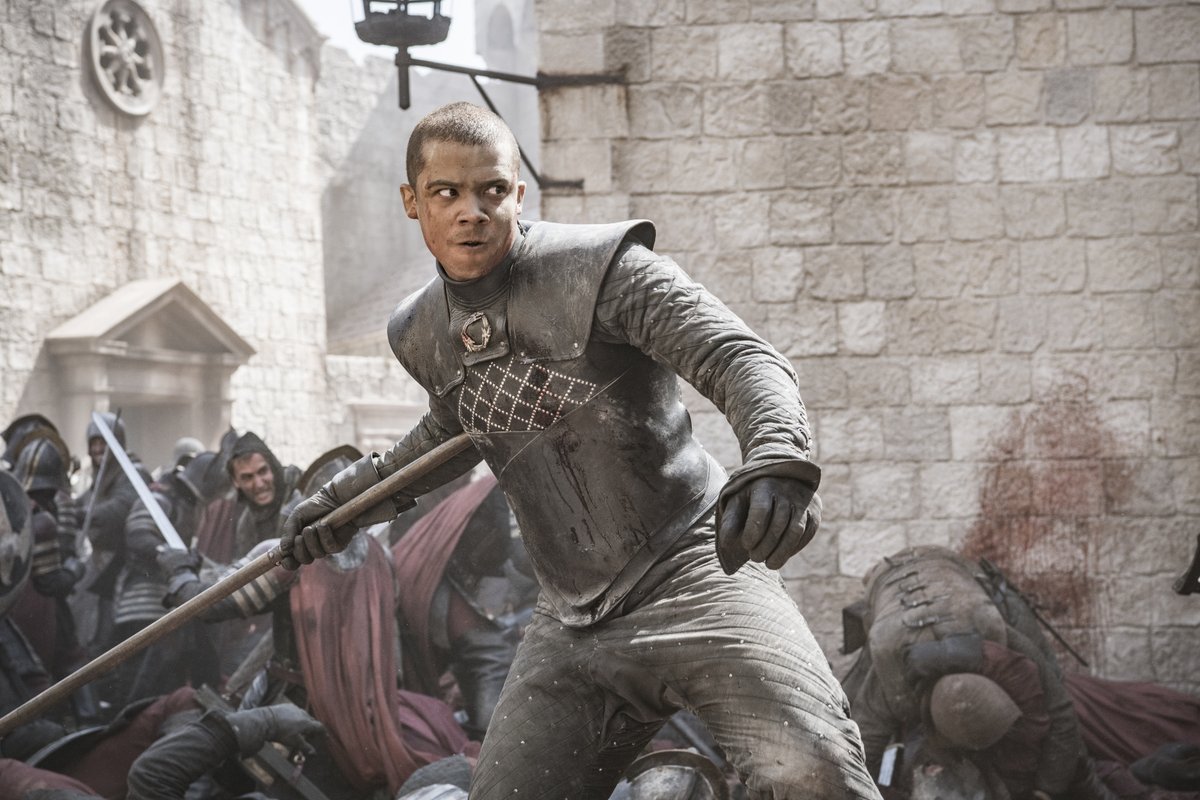 Greyworm was so mad. He was mad. He speared anyone in his way, led his Unsullied bloodying through a surrendered Golden Army and scared civilians. It’s easy to understand, once you consider that this a neutered man whose woman, in whom he found love and (against all possibilities) sexual pleasure, has been killed.

Let’s get this out of way: we’d known for at least two episodes that Dany would end up a mad queen. They had hinted at it in the most obvious way. Doesn’t mean it makes sense though. 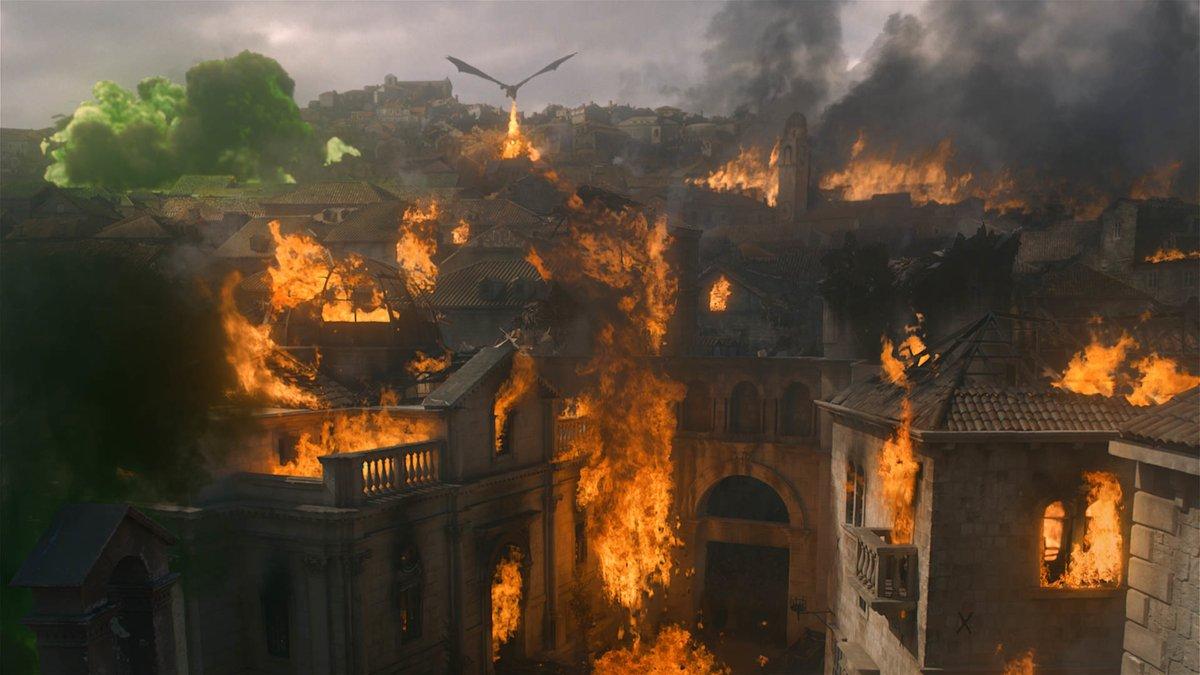 Still, it’d be redundant to complain about it, especially since Emilia Clarke sold it so well. She looked truly mad. Her face and hair when she was speaking to Tyrion in the beginning, her want when she was kissing a stoic Jon, her defying the ringing bell, face a mask of rage, and burning through the city. Truly mad. 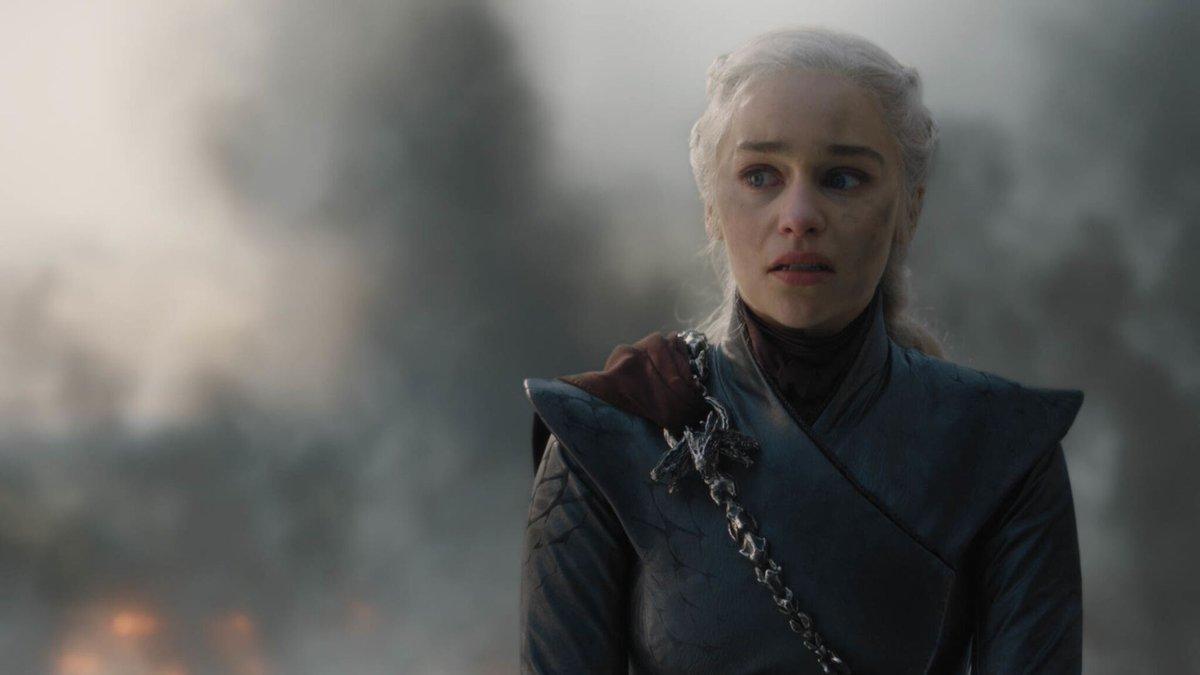 A case could maybe be made for humanising Cersei, and I’d really like to hear that case, because why one earth did Cersei have such an easy death? She died in the embrace of the man she loved—Jaime—in tears, wanting their baby to live. Is there some hidden symbolism to having the Red Keep crumble over their heads? Oh well. Jon sees that everyone—Sansa, Arya, Varys—has been right, and he, again, knows nothing. “His queen” is indeed evil. It’s hard to want him on the Iron Throne, because although he is benevolent and charismatic, he also manages to remain incredibly naive, despite this being his second life. 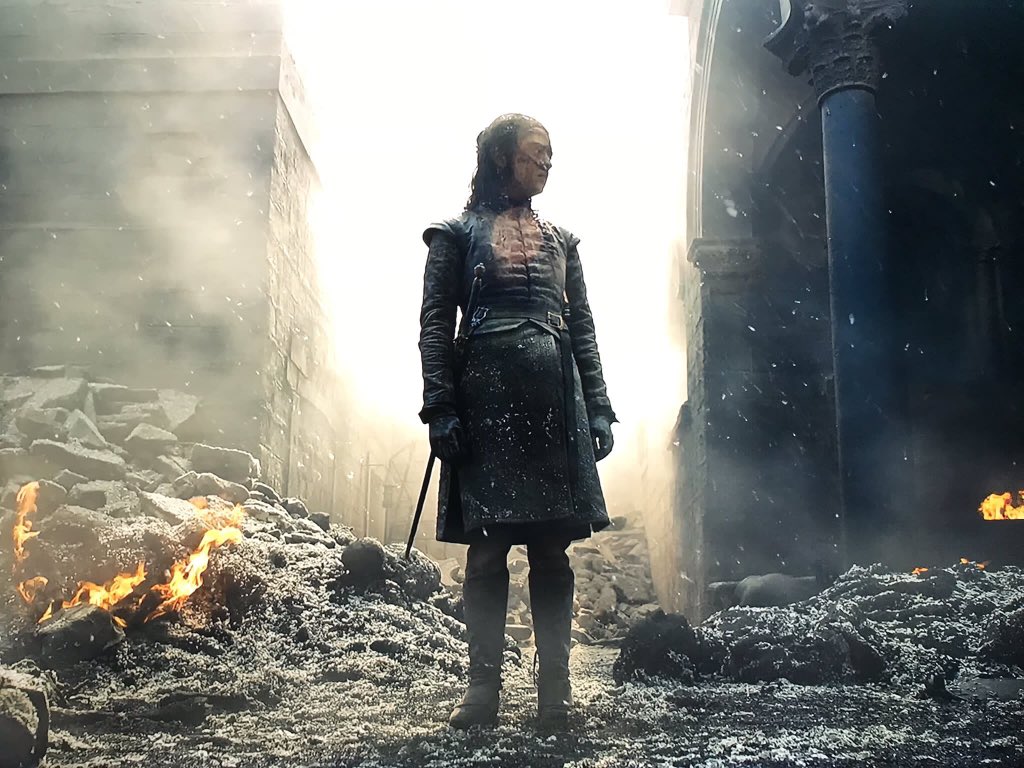 Arya, who’d been committed to her goal of killing Cersei, was snapped back into reality by Sandor, and she spent the rest of the episode meandering through the warrens of Kings Landing, bearing witness to the utter destruction that is the fury of the Mad Queen. Perhaps this is the two Ds telling us that she will make an attempt on the life of Dany, which is all well and good to be honest. (Also, where in the world did that white horse materialise from, guys? Oh God.) 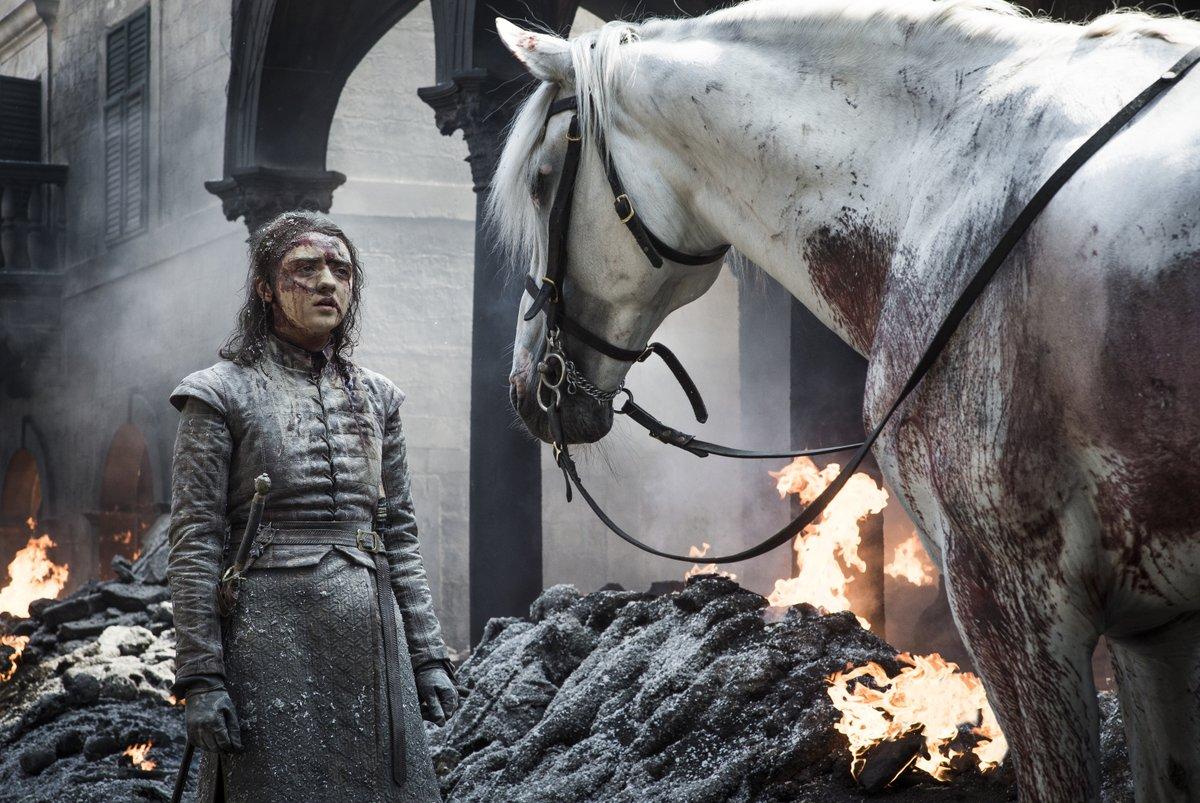 So far, this season has seen the easy end of two terrible villains: the Night King and Cersei. Dany will most likely be the third.

Abisola Owokoniran: The Allure of Starting Your Own Business