Abisola Owokoniran: The Allure of Starting Your Own Business 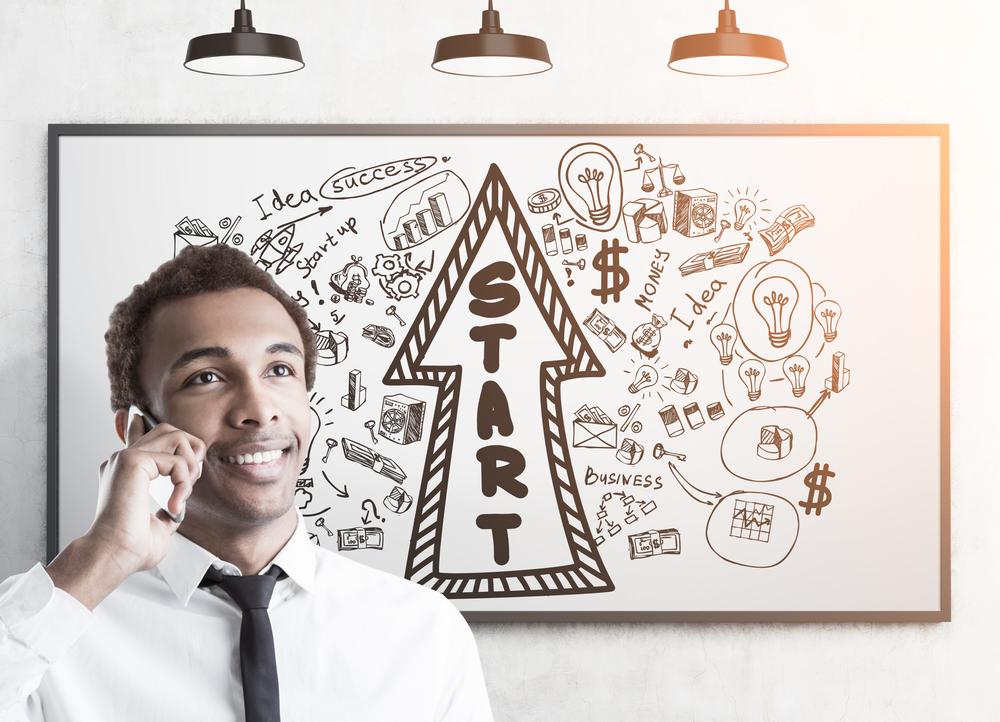 Remember when you were younger and had a recurring dream? More like a fantasy. It was born of our common desire to be our own boss, of being independent. Not having to take orders from anyone. It was a wonderful dream until reality set in.

I was as young as fourteen when I decided I didn’t want to work for anyone. I wanted to work for myself, make money for myself. I thought I had it all figured out, that it was all going to just come together—the thoughts of a clueless teenager.

My desire and need to work for myself soon became an anthem. I sang into the ears of any and everyone who cared to listen, much to the annoyance of the people closest to me. They loved me but were honestly sick of hearing all about my grandiose plans for the future. How I was going to have a big corner office in my successful company. I was going to have many people working for me, keeping the business afloat while I travelled the world networking and building new partnerships. It was almost like the more I said it, the more realistic and obtainable it became to me.

What made it even more pressing was my habit of seeing almost everything as an avenue to making profit. For instance, if I saw a nice product on TV or in person, I began to think of how successful the business was. Sometimes I would put myself in the shoes of the owners of the business and fantasize. I couldn’t wait to start my own company.

However, my desire to be my own boss didn’t affect my education, as I worked very hard to achieve the best in my studies. I was not ignorant to the need for a solid educational background, nor was I ignorant of its importance in my future plans (disclaimer: I’m not saying education is what dictates success, but its vast contribution cannot be denied). The plan was to get a quality education and come out with a good certificate. It was only after then that I would go into the business world in full force. I worked hard in school and came out with excellent grades. Then it was finally time to set my action into motion. I was giddy with excitement. It seemed like I had it all figured out.

Life was great and it felt good. I knew everything was going to work itself out. That was how life was, after all—things fall into their natural place. Right?

It was not long before an unfamiliar wind swept through the foundations of my entire plan, and I discovered the unpredictability of life. To say life ‘threw a wrench in my plans’ would be putting it mildly. I had finally finished my post graduate exams, and was looking forward to diving into the business world, when I suddenly realised one thing. That one thing stopped the imaginary steaming train in its tracks and had me questioning everything. I bet you are wondering what that one thing was.

The first thing that will come to your mind is: it was the financial implication of setting up a new business. Money, or the lack of it, can have an impact on a business. The popular saying Money makes the world go round is very much evident in the business world. This is because many people have groundbreaking ideas, but a lack of funding often means such ideas will not see the light of day. While so many below average ideas have been introduced to the world due to the availability of needed funds. The impact of this means the market is saturated with a variety of sub-standard products.

However, in my case, money to start up my business was not a problem. This was because I had both monetary and non-monetary resources at my disposal. I was fortunate to have an excellent support system who were willing to assist, and they only required for me to be able to sell my idea to them.

Of course, I thought that was going to be a walk in the park, after all, I knew what I wanted to do. So, with money eliminated as the source of worry, the next plausible thought is that I lost interest in starting my own business. After all, I would not have been the first or last to change career paths. But that was not the case. In fact, I was more inspired than ever before to become an entrepreneur. It was all I wanted, and the fact that it was within arm’s length only heightened my anxiety and increased my excitement. It was a craving I couldn’t do without even if I tried.

Finally, I was ready to walk in the path of my financial independence with no one to answer to, except God and myself. Nothing stood in the way, or so I thought, until I sat down with my book and my pen in my own quiet corner. It was time for me to put down my ideas and thoughts, which was to serve as a starting point for my business. I adjusted the cushion underneath my buttocks and fixed my glasses ready for the mission ahead. Pen in hand, I was ready to write until it hit me: I didn’t know where to start from. And my mind went blank. The truth was I had spent so much time (day and nights) dreaming about owning my personal business, and less time thinking and planning what kind of business it would be. So there I was staring at the empty page, my future literally in my hands, and a fast evaporating dream of becoming my own boss.

I couldn’t believe it, I really was stuck. Every single time I tried was a disaster, and at that very moment my life was put on hold. After about two hours of staring at the blank yet wrinkled page (caused by my nervousness and constant adjusting and touching of the page), I decided a change of scenario might just be what I needed.

I went for a drive to relax my nerves, in hopes that when I get back in, I would be more organized and focused. However, the break that was meant to last a maximum of an hour ended up lasting three days. I became engaged in other activities, all of which were mere distractions and an unwillingness to deal with the issue at hand. They were mere escape routes.

It was on the third day that I had finally worked up enough courage. It was after a conversation I had with my sister. She was curious to find out how far I had gone in the process. She wanted to find out if I needed help, as she had a vast experience in that subject. Upon hearing this, I immediately broke down and narrated my struggles to her. I poured out my fears and frustrations to her, and concluded by telling her that I thought I had made a mistake starting my own business.

She instantly shook her head and told me the mistake I made was one of the common ones made by aspiring entrepreneurs. According to her, a majority of people want to start up their own business, but are blinded by what they perceive to be the end result. She stressed the importance of a well written business document, which is a result of extensive and detailed research. Such documents contain vital information, such as the type of business, vision, potential customer base, etc.

The idea of starting one’s own company can be so alluring that the foundation is forgotten. Planning enables you to know about the business and industry you are interested in entering. It also helps reduce the percentage of business failure, which is very prominent in start ups.

For the first time in my life, I was forced to ask myself the right questions, some of which brought out bitter truth, but nonetheless were necessary in order to progress (how, why, when and what). I have scaled through with a few scars to show for it, on the way to actualizing my dream.

Game of Thrones – “The Bells” Recap