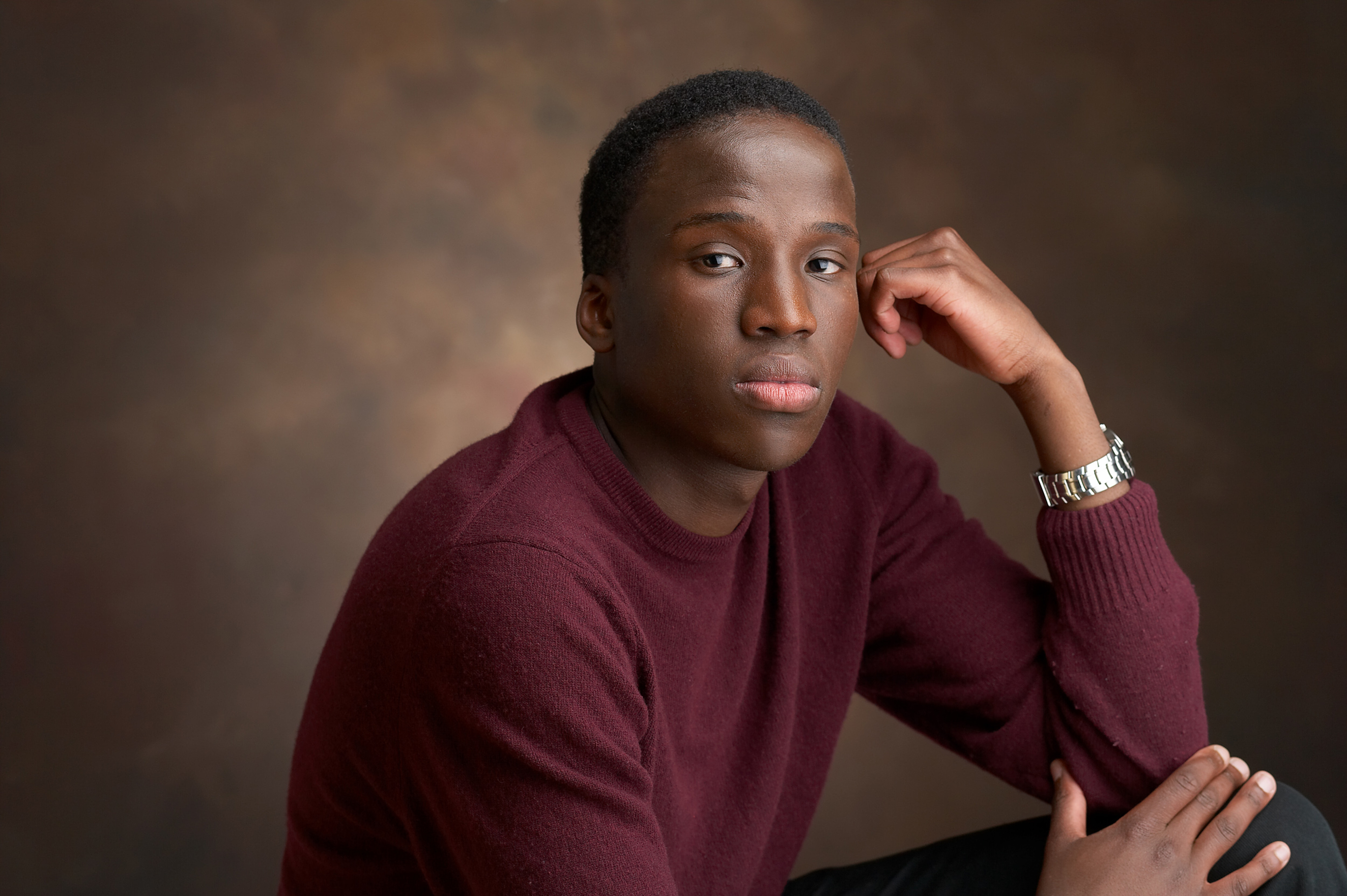 In Chief Daddy, Nigeria’s highest-grossing movie of 2018, we see an ostentatious display of opulence and wealth. Chief Beecroft, otherwise referred to as Chief Daddy, is dead, and his large family—thanks to his undiscriminating libido—is left to squabble over his wealth. That’s it. That’s the entire plot. Sure, there are a few side attractions—there’s a love story lurking in there somewhere, and something about a fledging music career—but the movie’s hopes to hold on to your attention hinges on that alone: the want for wealth.

I want you to imagine ten Nigerian songs. Any ten will do, as long as they’re Nigerian. Seven of them will involve money. It could be about impressing a love interest with money, or, more likely, simply about getting money. Think about it. The biggest song on the radio today probably is Burna Boy’s Dangote, or is it Killin’ Dem? Either way, the former details his hustle for money—even Dangote, the richest African, still dey find money, he sings; who is he not to?—while the latter includes the line, apropos of nothing, Where the money, where the money nana nana.

These two (film and music) are, by far, the biggest expressions of Nigerian culture. They are a representation of the daily Nigerian life, its mundanities and impulses.

It seemed, last month, that the internet would not stop debating over the wrong-or-rightness of internet fraud, popularly known as yahoo-yahoo. My brother, friends and coworkers, brought it up: how incredulous it was that people were justifying it, that a major news publication opened a debate asking who their readers supported.

Here’s how it all began:

Singer Simi made a live video on her Instagram condemning internet fraud. It is wrong, she said, and, when a fan told her to “leave yahoo boys alone” because they are the ones who listen to her music, bravely, she declared that they not buy her music.

The reactions were quick. Singer Naira Marley put forward an argument that is oft repeated: if Simi was aware of slavery, she’d know yahoo yahoo isn’t a crime. Davido‘s comment was short but indicative of the Nigerian psyche: “Nobody holy.” Ruggedman, reacting to Naira Marley’s reaction, said something in the vein of “You can do yahoo all you want, but do not disrespect the part of the black race that were sold into slavery by trying to use it to justify cybercrime.”

The purveyors of our culture, ladies and gentlemen.

Is it necessary to clarify why exactly defrauding people of their hard earned income is wrong? Or why the notion that no one is “holy” hence no one should condemn the crimes of another is silly. Imagine a society running on such principle, a society where no one is punished for a crime because everyone is assumed to be criminal. A post-crime society, hence a post-justice society.

And fraud as reparation for slavery? One would think it a joke upon hearing it, the workings of an indolent mind. Yahoo boys as tools for justice, making the white man pay for his crimes against the black man, against humanity. And, how exactly, is this justice being carried out? Through the emptying of the accounts of not only white folks, but black people, too, and people of all races. Through the siphoning of the lifelong savings of their country people.

Ruggedman’s stance is that of a man who is aware of the wrongness of a thing but is unaffected by it, so he is unbothered to dredge from inside himself empathy for those who are. “You can do yahoo all you want.” This often ends one way alone: First they came for the socialists, and I did not speak out…

See, let’s call a spade a spade and not a big spoon; all it comes down to is greed. I know more than a few yahoo boys, went to school with them, hang out with them at Christmas. They are not the undereducated and underserved plebeians they’d like you to believe they are—not any more than you and I are as Nigerians, anyway. They are people who could better apply their industry to something less pernicious. But it’s easy and it’s fast. What else could you put in the same level of labor and reap rewards that quick? How many start-up CEOs drive Benzes, shut down clubs? Please, let’s reject the deodorizing, accept that these are people doing bad things because of greed.

But that’s not what this is even about.

While speaking with a friend recently for the series Big City Living, about what she’s learned thanks to settling in Lagos, she said Lagos showed her that there is more. It’s a comment I’d heard before, how in Lagos you find that there are people with more, and if you just try harder, you, too, can have more. I asked if this meant the city encourages discontent. We discussed how the striving for more isn’t a striving for excellence, but a striving for financial success. And financial success for the sake of what exactly? Perhaps our arts and culture can help?

Let’s go back to Chief Daddy. He’s dead, but perhaps his life will tell us something. He owned a foundation, but only passively, which, if we look around, we’ll find is pretty characteristic of the wealthy Nigerian. If they don’t own one, they make a show of donating to one. Where, though, does the bulk of their wealth go? Where does the bulk of Chief Daddy’s wealth go? His large family, made up especially of wives and mistresses and their offsprings. So, a wealthy Nigerian man spends a bulk of his wealth on acquiring women who then give him children?

The theory is backed up by Nigerian music. Davido’s FIA begins with the line Shawty want a million dollar. On Assurance, he sings about giving his girlfriend “lifetime insurance.” And on Wizkid‘s Manya, there’s: “Oya take all my money put am for your head oh.”

But Nigerian music tells us even more about how we spend this money. Lil’ Kesh, on Logo Benz, sings about wanting to buy a Benz (the song also contains the frightening lyrics “If money no enter I go do blood money o,” and tells the story of Nedu, who steals a woman’s underwear to buy a Benz). On Flenjo, featuring Duncan Mighty, Lil’ Kesh sings about getting money and ballin’.

Davido, on Tire You, wants fire to burn his enemies, and wants to “gum body” with Femi Otedola. On Motivation, Victor AD‘s biggest motivation to getting money are those “wey dey hate,” those who told him he’d never make it.

So, according to Nigerian music, the reason for men getting money is to assure women, buy Benzes and alcohol, stunt on haters, and rub shoulders with other wealthy people.

The case for culture and its people is often a case of which came first, the chicken or the egg? Are the people the way they are because of what they see on TV and hear on the radio? Or is what is on TV and the radio what it is because the people are who they are? Bottomline is, our music and film are representative of who we are as a people, what and how we think, what we value. And people who ascribe a premium, above excellence and honesty and integrity, on financial success, as we do, will indubitably find themselves in the position that we do.

It’s the same with churches: prosperity is the sermon, even when it isn’t. Perhaps only otherwise seen in Middle Eastern countries, our churches are a cultural centre. Our people learn from inside those mammoth walls how and what to think. And inside those walls they’ve been told that God wants them to be rich, made to believe wealth is the earthly reward for serving him. We celebrate those who have ruined the Nigerian infrastructure, have them sit in VIP sections and invite them onto gilded altars, inside these four walls. The ineluctable guardians of our culture, the pastors, own private jets and hold so much power that they lend them to the government.

Perhaps unfair isn’t the word, but isn’t it a little ridiculous, then, that we’re surprised by the level at which yahoo yahoo has permeated our daily lives? If all the culture we consume instructs us daily to aspire to wealth—easy wealth, wealth not for the sake of progress for all, but wealth for the sake of stunting, buying Benzes and Gucci—if the culture tells you, as our cultural centres do, that wealth will not only get you celebrated, but will also leave you above reproach, even from God, even when you’ve destroyed the lives of others, maybe then we shouldn’t be so surprised.