Oris Aigbokhaevbolo: Oloture is a Wonderful Departure for EbonyLife 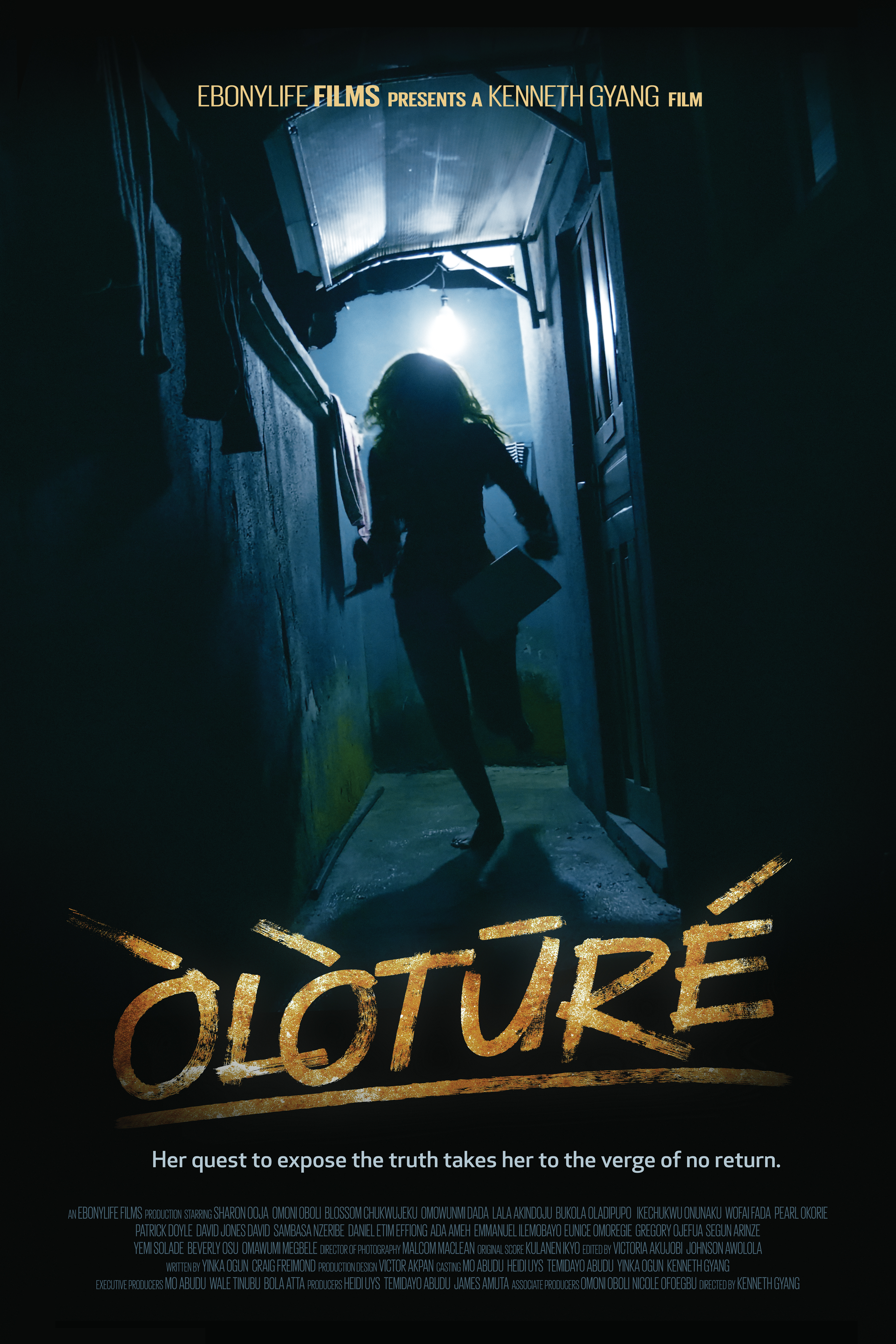 There is a scene toward the end of Oloture, the new production from EbonyLife Studios, that made me replay a sentence in my head over and again. The sentence was this: “This is the work of a master.”

That sentiment was spurred by a combination of shot, sound and a still Sambasa Nzeribe. In its silence and stillness, the scene represents a subtlety and finesse that is all too rare in Nollywood. Of course, now that I’m back to my senses, I think it does the film’s director (and his crew) some disservice proclaiming him a master this early in his career. So, for now, I’ll say Kenneth Gyang and gang are on the way to mastery.

Like Gyang’s previous film, The Lost Café, this film is centred on a woman. Like that film, Oloture has its central character displaced. Where the former film had a geographical displacement, the girl at the centre of this is subtly psychologically displaced: she isn’t where she is supposed to be. Our first hint at this comes early.

We see a group of young women hawking flesh and potential pleasures by the roadside. A remarkably unbroken shot shows them enter a club where one tries to entice a customer, but the man (played by the always dependable Gregory Ojefua) has eyes for another gyrating working girl. Upstairs with this girl, whose name forms the film’s title, he pops a pill as she heads to the restroom. Next thing, she goes through a window. By morning, she turns up at the residence she shares with other girls in the trade. She is ridiculed but can afford to pay the quarrelsome landlady, a role played with some brio by the singer Omawumi.

This opener establishes some of what would follow in terms of plot. But it also provides the basis for a sociological truth: A young woman’s body is a canvas for anyone to project anything unto. The landlady sees that body as a rent-bringer; the pimp uses the body as a revenue stream; the client sees it as a lust-receptacle. As the film goes on, other characters project what they can.

Initially, Oloture seems to have a hard time of it—the other girls, after all, seem satisfied with their work. It all proves to be a façade, though, as these women have their own ambitions, most of which revolves around the idea of escape. One wants to escape a violent pimp; most want to ply their trade overseas. The latter group is how we get to meet Omoni Oboli’s Alero, a pimp with contemporary ideas concerning how to expand the business of prostitution. Others can work the local market, perhaps working at scaling up. Alero does the exclusive: super-powerful local men and international arrangement. As with most Nigerians, the girls themselves are enamoured of the possibility of going abroad. Oloture, who has her own agenda, indicates her interest, and the film follows her from that decision to its conclusion. I am not able to tell you whether she succeeds.

But I can tell you that Oloture marks a wonderful departure from EbonyLife’s other films. There are no parties here, even the colours are muted. And if EbonyLife has created a thriving business farming the shallow depths of Nigerian celebrity and comedy, it has now made a film that is serious and straight-faced about the kind of Nigerian life about which there is no glamour. Admirably, it has done so by making choices no one might have seen coming, but have arrived with the inevitability of destiny.

The first of these choices concerns the director, as nothing in Gyang’s older catalogue tells you that a collaboration between him and EbonyLife could work out so well. And yet that is what has happened. A frequent watcher of Nollywood films would tell you that Gyang’s vision receives more screen-time, but the truth is that it is hard to see where one vision stops and the other begins.

Then there is the choice of actresses. The titular character is played by Sharon Ooja, an up-and-coming actress whose beauty one imagines as being in the way of a fair assessment of her ability. Perhaps the problem was the usual laxity from Nollywood directors because, on this evidence, Ooja’s secret is out: She is, as they say, more than a pretty face.

Yet, good as she is, Ooja is not the film’s best actress—perhaps because the screenplay, by Craig Freimond and Yinka Ogun, is so good that even words become unnecessary. For example, a prostitute played by Beverly Osu hardly gets a word throughout, and yet manages to be memorable. And while Oboli as a brazen pimp, Blossom Chukwujekwu as Oloture’s agonised hopeful boyfriend, and Kemi Akindoju as a down-on-her-luck-hooker, remind us of their talent, it is Omowunmi Dada who emerges as the film’s best actor. She plays Linda, one of the film’s prostitutes seeking a life overseas. In one scene, she wordlessly watches as her character’s sister dances on a man’s lap in what should prove to be a career-making performance.

For Gyang, this might not be a career-making film—he made Confusion Na Wa, after all—but it is the film most guaranteed to bring him a deservedly wider audience. For EbonyLife, Oloture is the film most likely to give it the artistic prestige it seeks. Together, Gyang and EbonyLife have made a film set to be a Nollywood highlight this year.