Groups Protest at British Embassy over $9 Billion Judgement against Nigeria 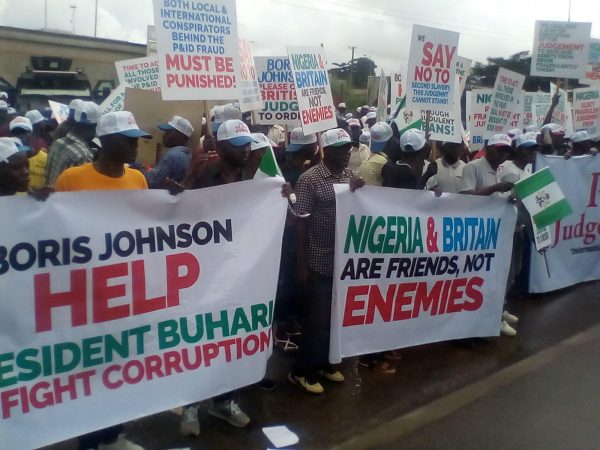 A coalition of civil society groups, on Monday, protested the award of a $9.6 billion fine against Nigeria by a United Kingdom court, following a failed oil deal with British engineering firm Process & Industrial Development Limited (P&ID).

The protesters, according to Punch, gathered at the British and Irish Embassies in Abuja carrying various placards calling on authorities to promptly act on the matter.

The group has reportedly vowed to continue the protest for one week until something is done.

The award in favour of P&ID followed an alleged breach of a 2010 gas contract by the Nigerian government. 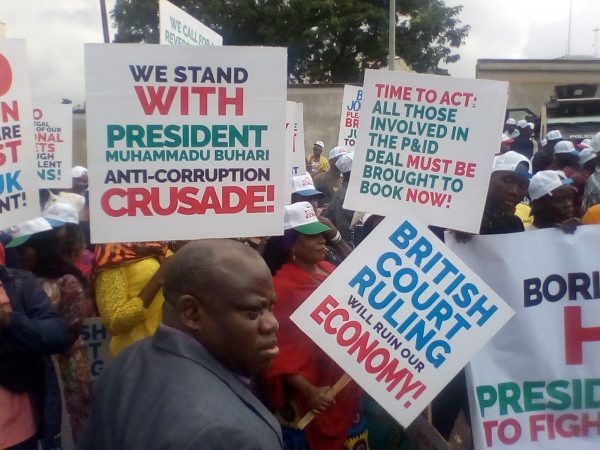 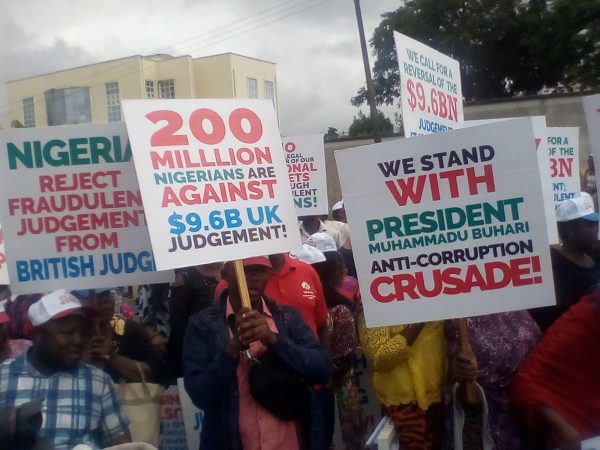 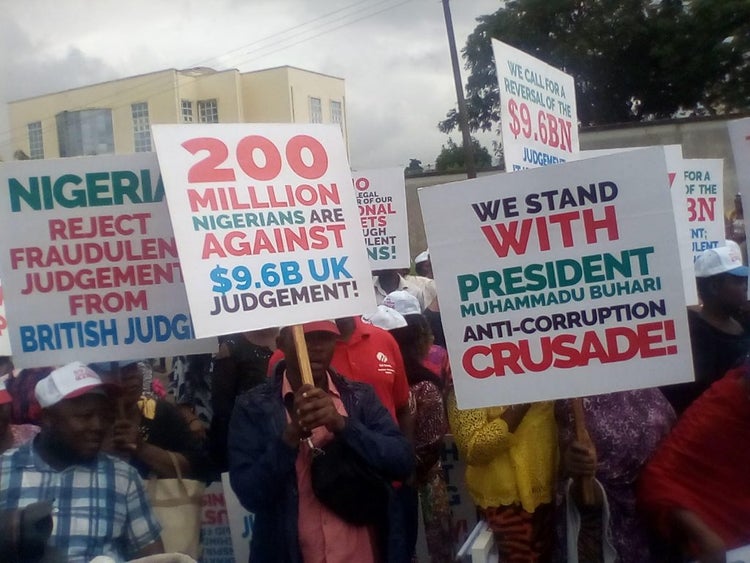 Related Topics:Coalition of Civil Society OrganisationsPresident Muhamadu Buhari
Up Next