The South African Tourism has condemned the violent protests against foreign nationals in the country.

In a statement released on Thursday, SA Tourism says the South African government has put security measures in place to tackle the violence with a total of 108 arrests made in relation to the attacks.

The statement also assured everyone that South Africa is always open for business and visitors.

Read the full statement below

Following violent protests in certain parts of the country over the last two days, South African Tourism, is aware and concerned around the damage that this is causing the country from a reputation perspective and the possible impact it may have on international visitor arrival.

Our government is taking the matter very seriously and have put security plans in place to address the situation.

Various arrests have been made in the Kwa-Zulu Natal and Gauteng Provinces.

The South African Government’s message is strong and clear around relations with nations from the African continent:

South Africa as an integral part of the African continent advocates for a peaceful, vibrant and sustainable Africa

economy and that of the region Similarly, South Africans are helping to develop economies across the continent We have historically shared resources within the SADC region, and continue to do so.

African development depends on the increased movement of people, goods and services between different countries for all of us to benefit.

Around the issue of violent protest, the South African government has also strongly condemned the acts of violence

The South African Police Service, supported by other agencies, are tackling crime, lawlessness, intolerance and disregard for the rule of law
The SAPS has moved quickly to address the situation and made a number of arrests 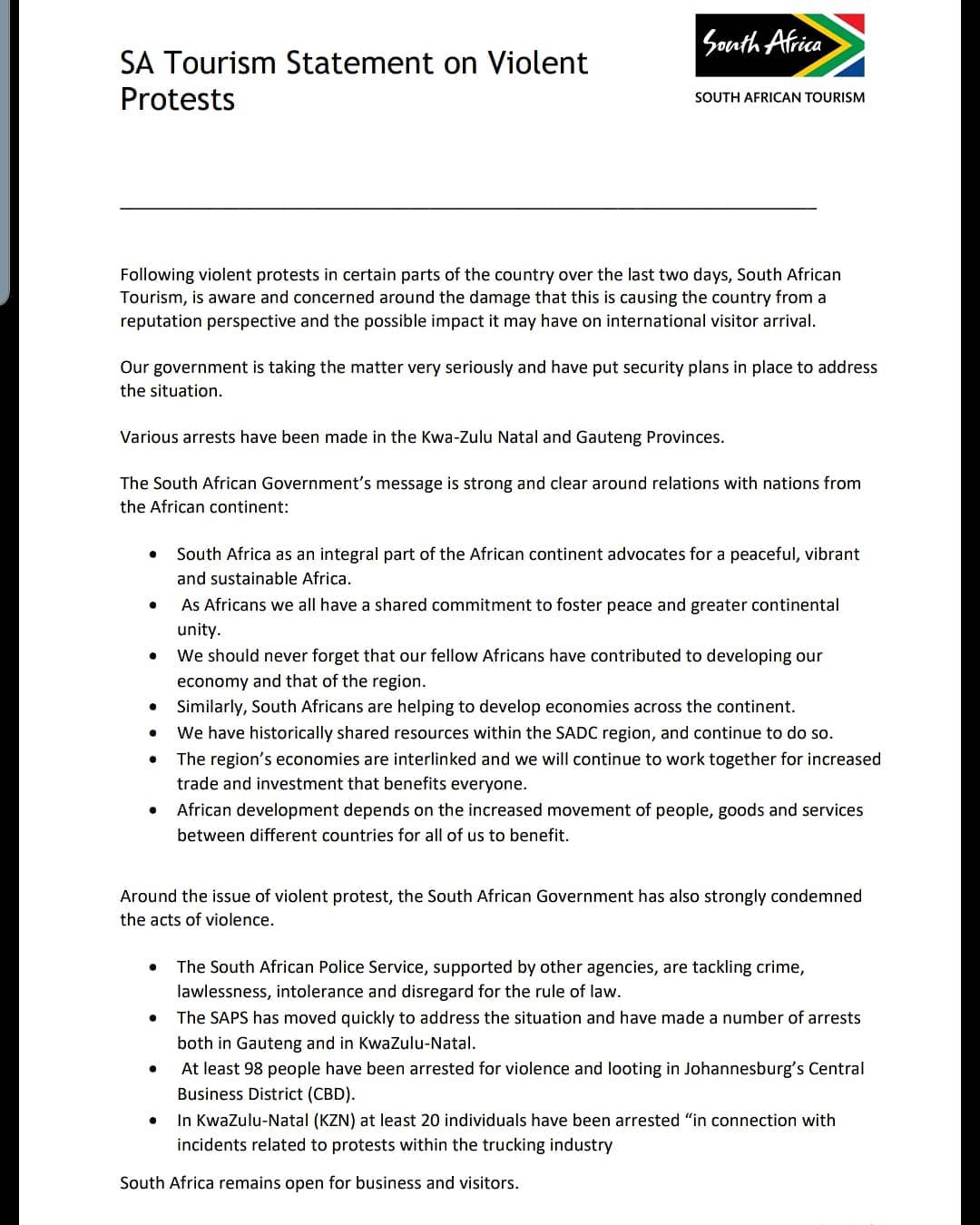 Related Topics:South Africa Xenophobic AttacksSouth African Tourism Board
Up Next