It’s been a crazy week in Biggie’s House and with today’s surprise Eviction, nothing can get crazier than this. Or can it?

The Pepper Dem Gang have undoubtedly had a busy week – from the special visitors to the exciting Tasks, they’ve definitely had a blast. Until Biggie cut it short with an Eviction twist. Apparently, in the Pepper Dem House, anything is bound to happen.

What do the Pepper Dem Housemates anticipate when Ebuka appears on their screen? Now imagine how they felt as soon as he walked into Biggie’s House. The smiles and hugs from the Housemates couldn’t hide the anxiety and fear they felt. Could you tell too?

Dressed in his mustard suit (slay king as usual), Ebuka’s walked in with a sense of warmth and colour into the House, especially after the intense fight. The Pepper Dem Gang have had such an exciting week with visits from Nigeria’s finest stars; however, was this a pleasant visit though?

Another surprise guest the House received was Mr Joe from Deloitte and you know what that means right? 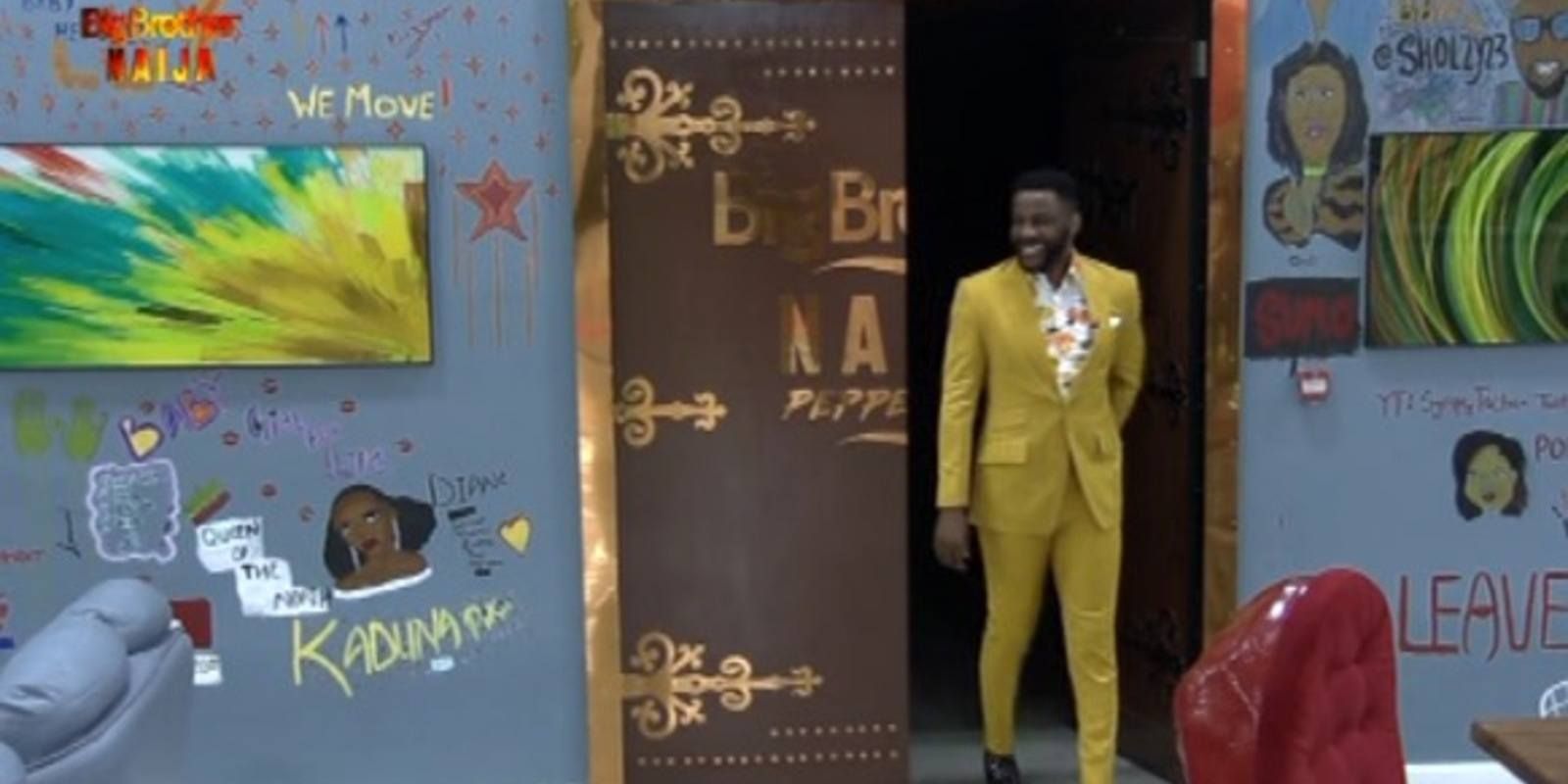 As per tradition, the Housemates had a chat with Ebuka about everything that went down in the House.

While at it, Tacha and Mercy did not fail to go at it on what may appear to be their fifth fight round.

“What has been the most challenging part about staying in the House?” Ebuka asked Seyi. To which Seyi replied that staying in the House with what he termed as “these crazy Housemates” has been difficult for him. In the chat, Diane and Omashola revealed to Ebuka that they are surprised to find themselves moving to the fourteenth week in Biggie’s House. Not coming into the game with a strategy like they said, seemed to be working well for them, perhaps? 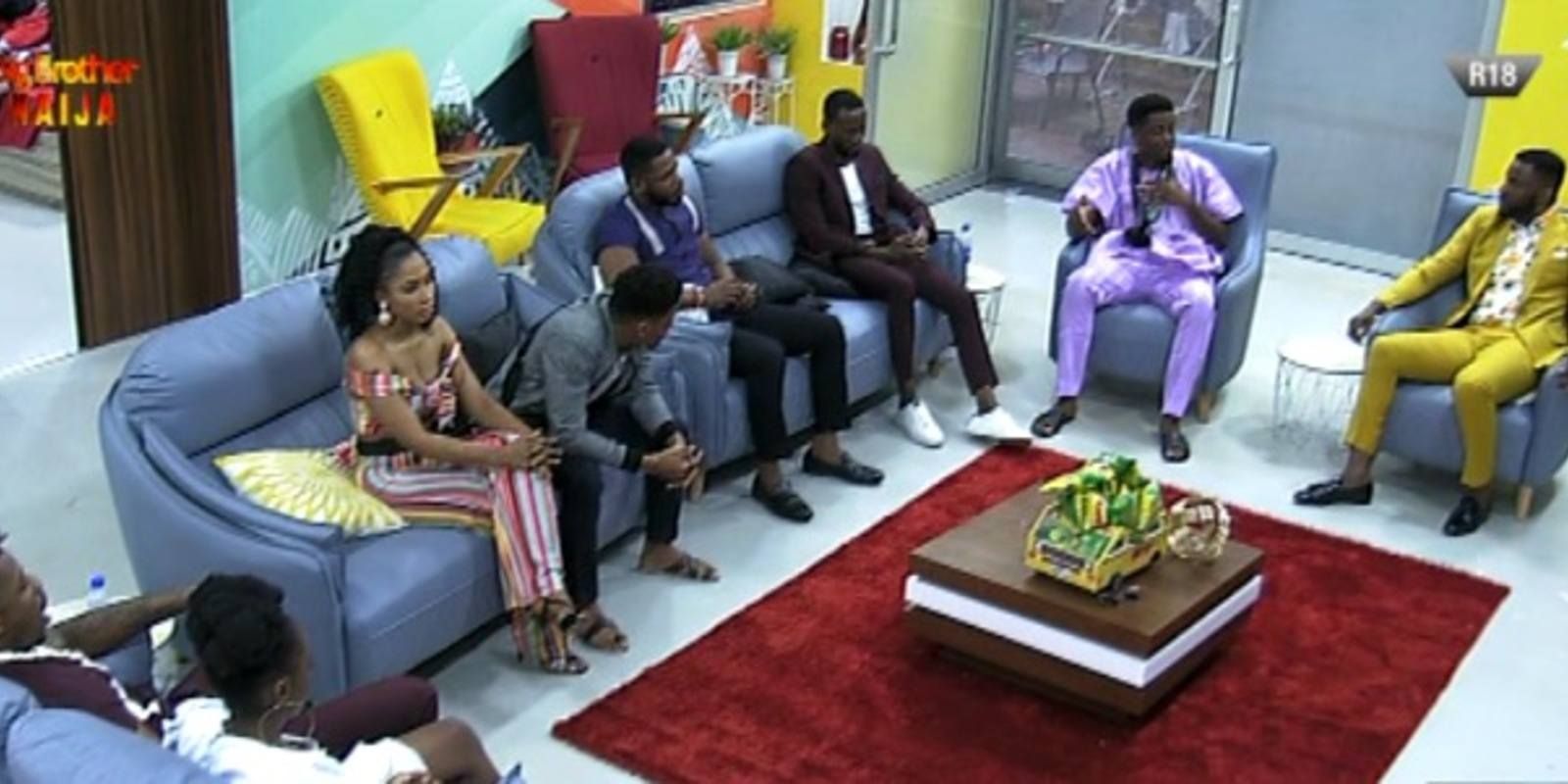 The moment Ebuka asked the Nominated Housemates to go pack their bags, that was when the Pepper Dem Gang knew it was about to go down. An Eviction!

Slowly, Ike, Tacha, Mike, Elozonam and Cindy packed up their luggage in preparation for Ebuka’s impromptu message. Who would it be? 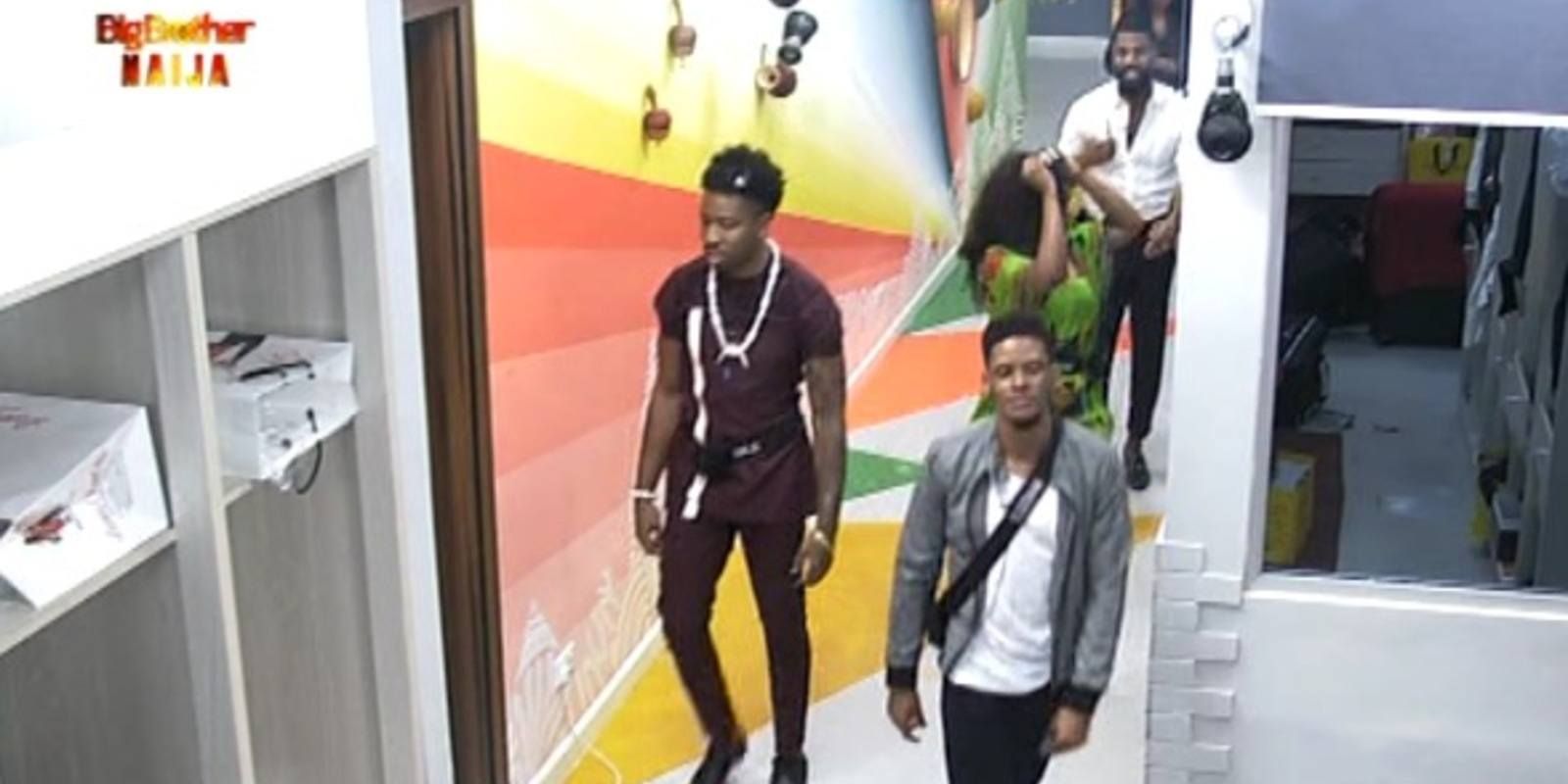 “Cindy, you have just been Evicted from the House,” Ebuka said in the lightest tone and we couldn’t help but wonder if an Eviction had just happened. Nonetheless, the other Housemates put up for Eviction this week couldn’t shake off the feeling that their names could be called up next.

Amidst hugs and goodbyes from the Pepper Dem Gang to Cindy, the cold and tense atmosphere in the House couldn’t go unnoticed.

We will definitely miss Cindy in the House but we bet the Pepper Dem dancefloor will miss her more.

Good luck, Cindy and thank you for the amazing moments you gave us in the House.

Ever wondered what it would look like with Mercy and Tacha in a wrestling ring?

In what may have started off as a pretty chilled morning, Mercy and Tacha got into the most intense fight that has ever gone down in the history of the Pepper Dem Season. ? 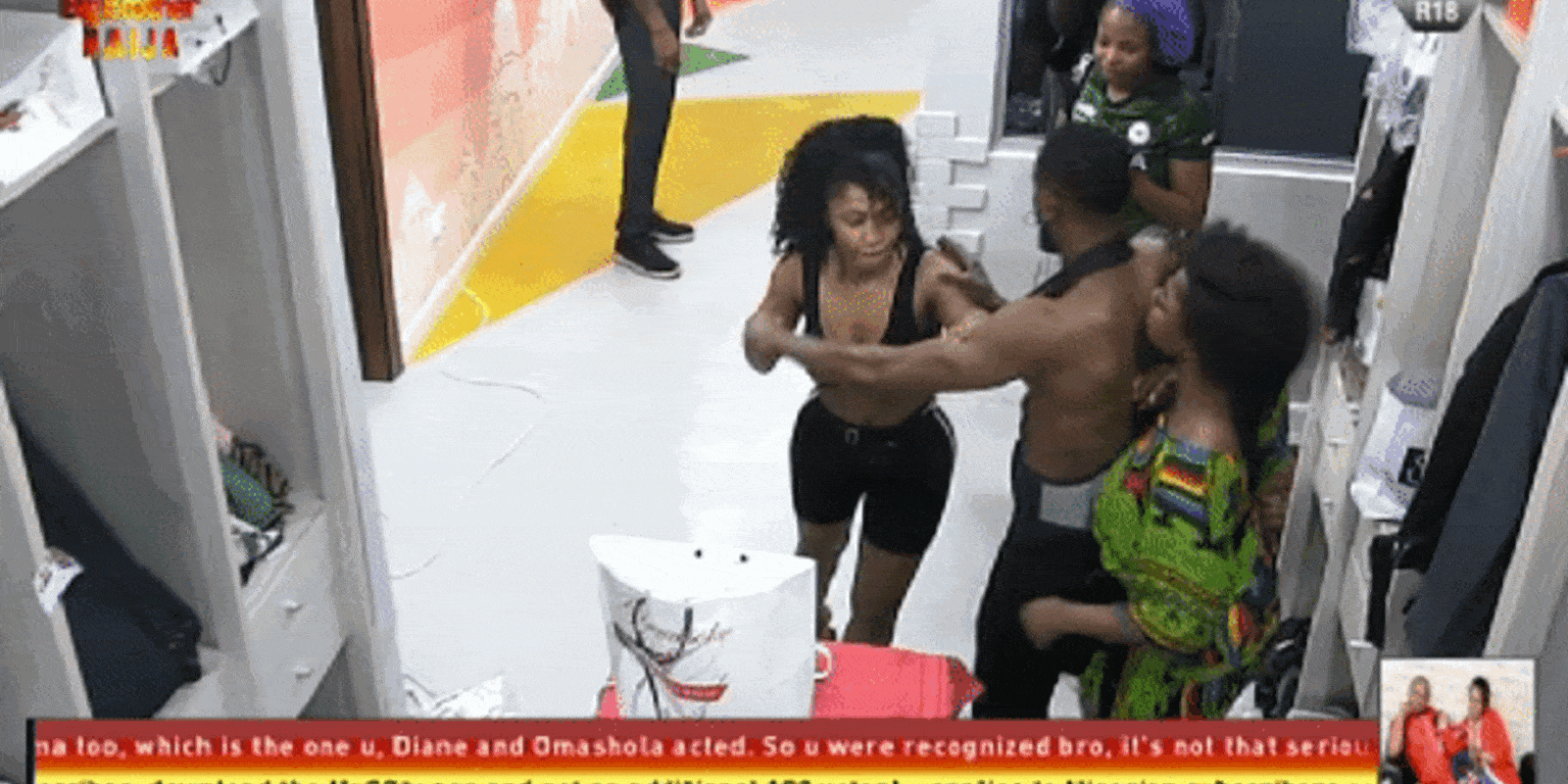 We also had a quote or should we say tune from the Pepper Dem observers as the fight went on. On this table sat Seyi and Frodd as they begged Biggie for water to quench the fire in the House.

“Fire, fire, give us plenty water, make we quench fire.”

“I’m a finalist, I can’t give you cheap attention.”

“I’m bold, black and beautiful, unlike you.”

“I refuse to leave the House for this smelly thing.”

“I won’t claim virgin and be carrying saggy boobs everywhere.”

“If you want to change your skin, do it right, not left.” 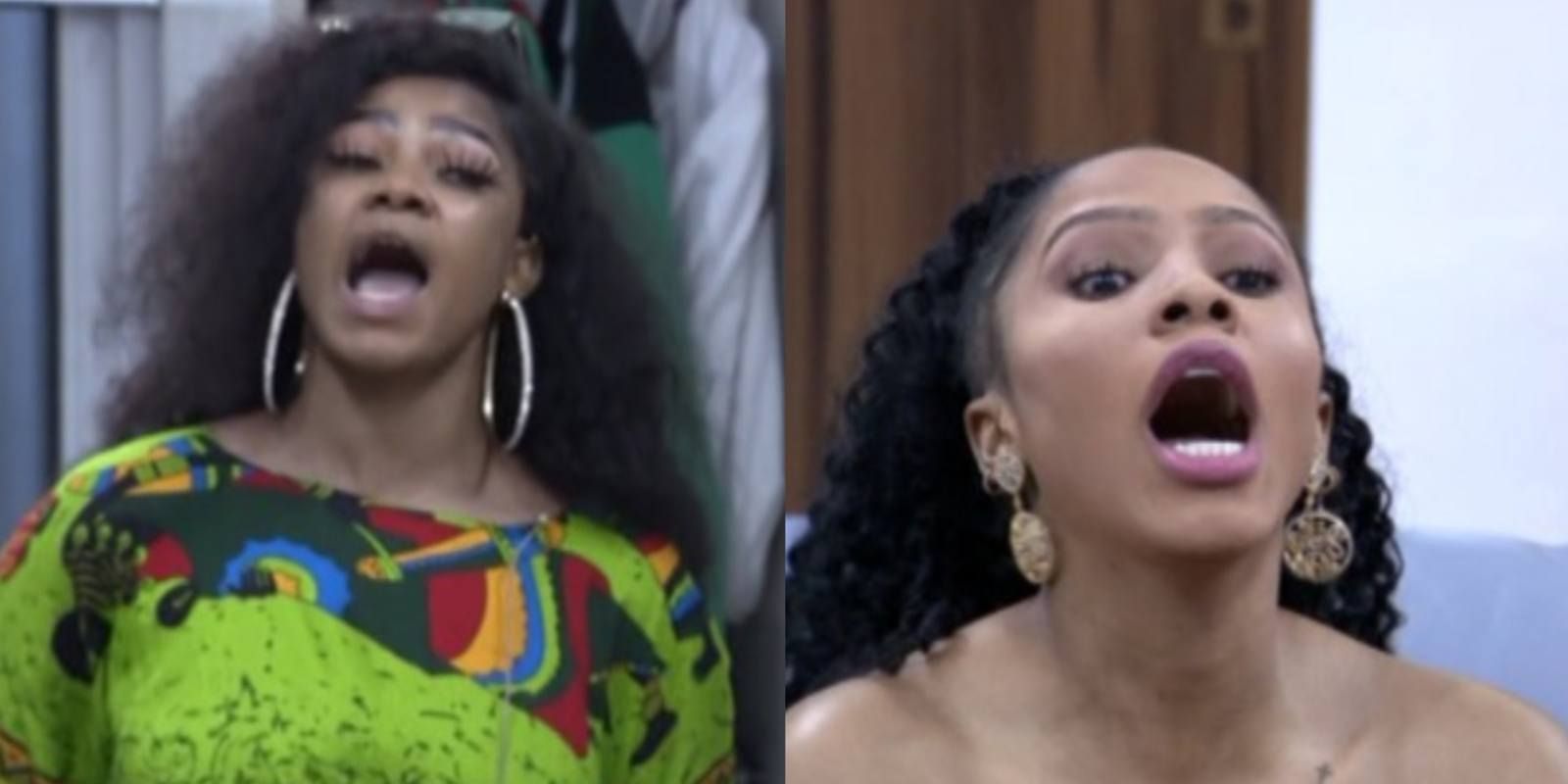 While we leave you guessing who said what and to whom, here’s how Twitter reacted to this championship fight.

Apparently, this has been an anticipated fight on the streets of Twitter ?

The fight I have been waiting for Tacha and Mercy ???

Following the outcome of the fight, one might say their fight was brewing from day one. Who would have thought that there was tension beneath the smiles and hugs between these two.

This Mercy and Tacha Fight will never end. They’ll be low key forever throwing Jabs at eachother. Noticed that from day 1 #BBNaija

Ah, you missed the fight, Diekolola? Don’t worry, we got you here.

I slept for 1 hour just one hour o and Ebuka has enetered with yellow suit to evict Cindy. Mercy and Tacha has scattered ground ?‍♀️?‍♀️ Who sent me to sleep lai this? ?‍♀️ #BBNaija

Similar to the fight between Omashola and Tacha, Frodd was caught in the background of this fight and this time, he had a different partner in crime.

This is how Frodd and Seyi were looking at Mercy and Tacha when they were fighting #BBNaija pic.twitter.com/EGJheUXZwA

We know this fight may have been this intense because it’s been inflaming for a long time. One question though, what exactly would have caused the tension between these two? Charlottepopae seems to have an answer to this.

The Pepper Dem fights are as much a part of the House as the Arena Games and Saturday Night parties. However, we’re sure Biggie’s House won’t forget this fight in a hurry and neither will we.

Missed it? Grab your popcorn and watch the fight

As a result of their Altercation, both Tacha and Mercy have to suffer the consequences.

Barely two weeks since Big Brother magnanimously forgave house infringements and lifted the strikes, Tacha has gotten herself disqualified while Mercy has gotten two Strikes as a result of the fight they both had earlier today.

Tacha was accused of losing her temper which led to her pushing, shoving and also pulling of Mercy’s hair which is considered violence. Big Brother found her guilty of breaking the House rule of physical violence and intent to harm the moment she shoved Mercy, and the moment she pulled her hair on two separate occasions. Biggie deemed that such physical violence had no place in Big Brother’s House. 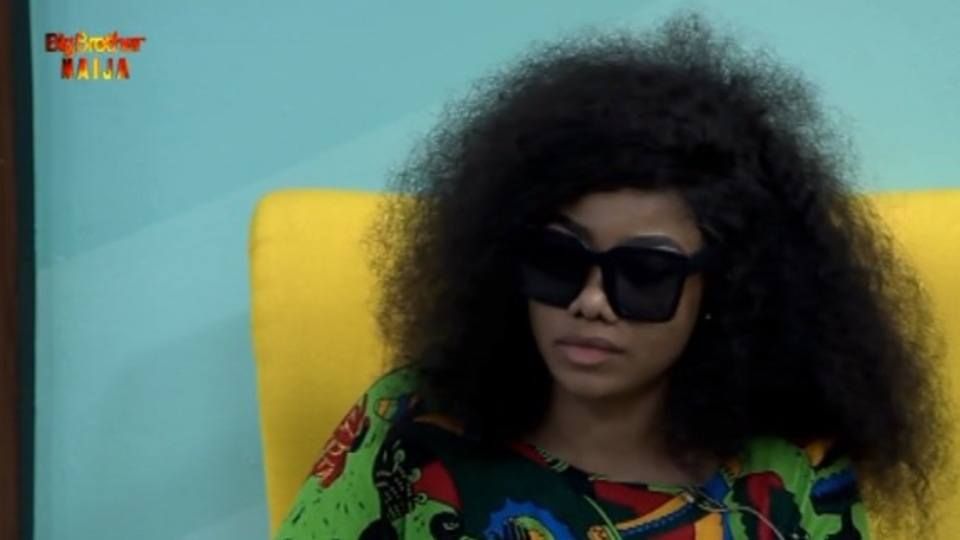 In the case of Mercy, Biggie found her guilty of breaking the House rule of provocation, not stepping away from a volatile situation and of non-physical violence. The moment she flicked her hair on Tacha, she only made the situation even worse and was issued two strikes. This means, one more strike and she will be disqualified from the Big Brother House. 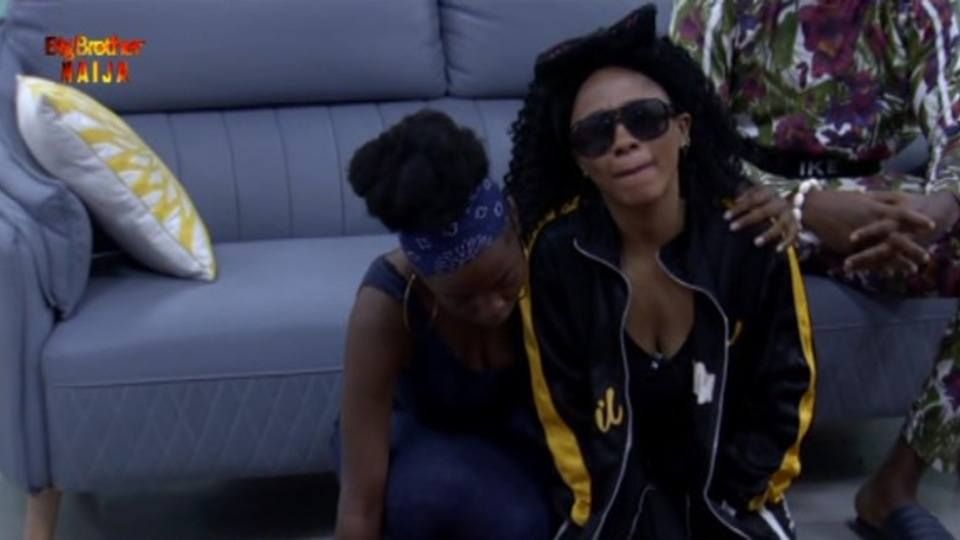 What The Rule Book Says

The rule book clearly states in Article 18 sub-section one that, other types of violence including provocation, goading, bullying and victimisation may be punished by Big Brother in any way Big Brother chooses.

With this new development, the Housemates are now down to eight following Cindy’s earlier Eviction.

Omashola might be the king of Bet9ja Friday Arena Games as he seals another victory. In what look like a haunted House, the Housemates took on another Friday Night Arena Games and Omashola won. It wasn’t an easy affair but he ended up setting a record time and clinching victory. Although this challenge had no Bet9ja Coins reward, he still had bragging rights. Also, the completion time adds to his total Season’s tally and a chance to win two million Naira cash prize courtesy Bet9ja. 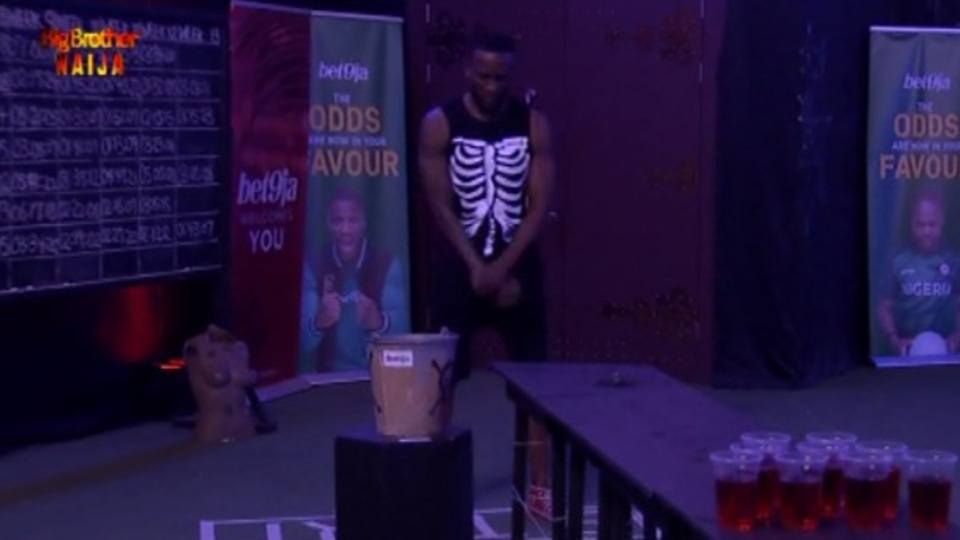 It was a tough one but Omashola was able to complete the challenge in record time while Seyi came a close second. Here’s how they all did.

Congratulations to Omashola for winning this edition of Bet9ja Arena Games. We wonder if there are still more wins for him in the Pepper Dem House.

#BBNaija’s Tacha Releases Official Statement after Disqualification: “Please forgive me. I sincerely wanted to make it, at least to the 99th day”