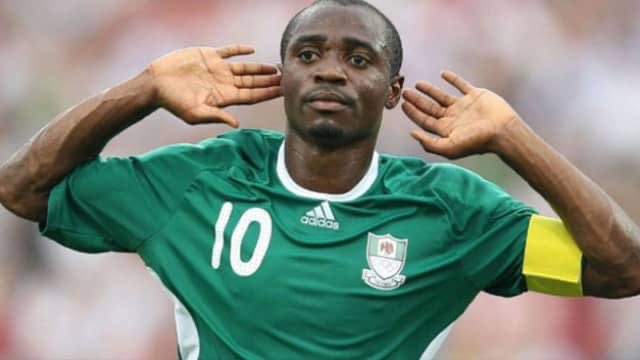 Former captain of the Nigeria U20 and U23 national teams, Isaac Promise has passed on. His death was announced by America USL side Austin Bold FC on their website

The former striker passed on Wednesday night at the age of 31, according to a statement by his club

Austin Bold FC is heartbroken by the death of Promise Isaac who passed Wednesday night at the age of 31.

An accomplished player, Isaac became the club’s 7th signing in history in August 2018 after spending the previous 12 seasons in the Turkish Süper Lig, TFF First League, and the Saudi Professional League. In that time, Isaac registered over 350 appearances and scored 79 goals.

Originally from Zaria, Nigeria, Isaac is a full Nigerian international who has represented the Super Eagles in the 2005 FIFA World Youth Championship, serving as captain and scoring once in six matches en route to the competition’s final. Isaac then earned a silver medal in the 2008 Summer Olympics in Beijing with the Nigerian U-23 team, again serving as captain in four matches, including the gold medal match.

The Nigeria Football Federation (NFF) also commiserated with his family over his demise.

“We are sad to hear of the sudden demise of former @NGSuperEagles forward, Isaac Promise. Promise was captain of the Beijing Olympics’ Eagles squad that won silver. Our thoughts and prayers are with his family at this time. May his soul Rest In Peace, Amen,” it wrote on Twitter.

Related Topics:Isaac Promise
Up Next