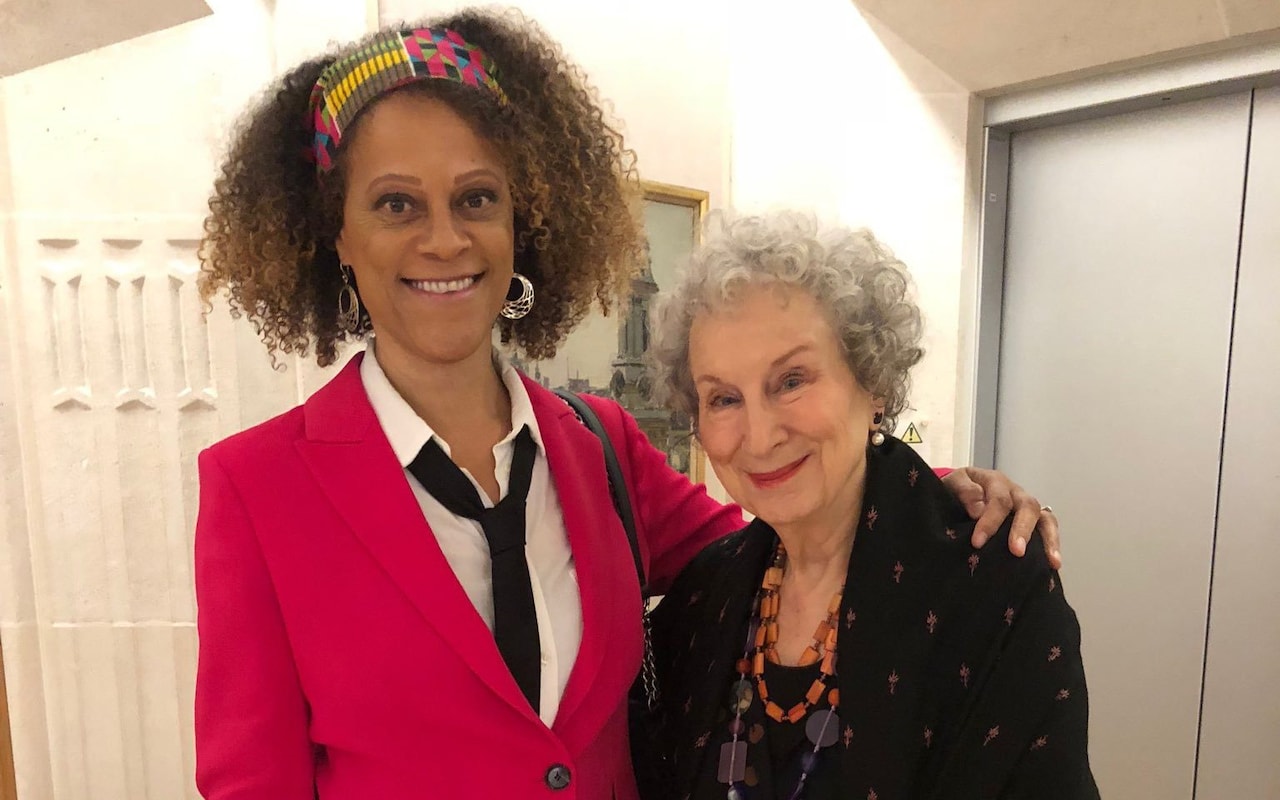 Canadian writer Margaret Atwood and British writer Bernadine Evaristo have jointly won the 2019 Man Booker Prize for their stories ‘The Testaments’ and ‘Girl, Woman, Other‘ respectively. The joint winners beat four other shortlisted candidates, including Nigeria’s Chigozie Obioma. The ceremony, which took place at the at London’s Guildhall, has both winners taking home £25,000 each.

The selection of joint winners breaks the 30 year tradition of the judging body for the prize. Reporting on the split of the prize money, The Guardian states that: The Booker prize has been split twice before: in 1974, by Nadine Gordimer and Stanley Middleton, and in 1992, by Michael Ondaatje and Barry Unsworth. After 1992, the rules were changed to insist that the prize “may not be divided or withheld”.

The Booker Prize for Fiction is a literary prize awarded each year for the best original novel written in English and published in the United Kingdom. The Booker Prize is a leading literary award in the English speaking world that rewards the finest in fiction, highlighting great books to readers and transforming authors’ careers.

Oyinkan Braithwaite, author of ‘My Sister, The Serial Killer’ and Chigozie Obioma, author of ‘An Orchestra of Minorities’ were the only two Africans longlisted for this award, with Oyinkan making it to the final nomination.

The Booker Prize has, so far, been won by three Africans: Nadine Gordimer, Ben Okri, and J. M. Coetzee.

Bernadine Evaristo, who is the first black woman to win the prize since its inception, will also be at the Ake Festival later this month, in Lagos Nigeria.

Congratulations to both winners!

Fans are Already Congratulating Simi because of these Photos & Caption