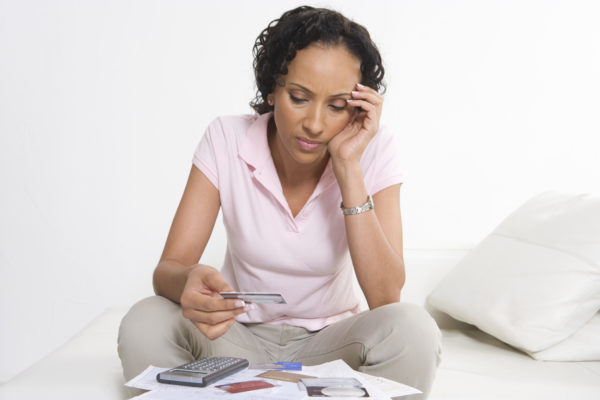 It is a real struggle for the young and professional female millennial. She must battle with wage disparity, a non-inclusive environment, and discrimination in the corporate world. To further complicate things, retailers expect her to pay more for basic products and services, compared to her male counterparts. According to a study conducted by the New York City Department of Consumer Affairs, the female consumer is more likely to pay ‘thousands of dollars more over the course of their lives to purchase similar products as men’. This gender-based price discrimination is tagged, the ‘Pink Tax’.

What is the Pink Tax?

Simply put, the pink tax is the additional amount women are charged for basic goods or services. The tax levy – which dates to the 1990s – affects personal care products such as razors, shampoos and body washes. For instance, a razor blade in Boots (a high street store in the UK) costs approximately 20% more for the female version, compared to the male version, with no considerable difference to the product besides the end user.

Variable pricing can assume different forms. An example of this would be when a bus conductor charges you twice the normal transport fare because there is fuel scarcity, or a pepper seller triples the price of pepper merely because you drove an expensive-looking car to the market. Where one kind of discrimination comes from the anomaly of the situation, the other instance is solely based on the seller’s discretion. Which side of the spectrum does the pink tax fall – economic reasons or just plain discrimination?

Advocates for the ‘tax levy’ argue that it is premised on the fact that women are less price-sensitive than men. That is, women are more willing to pay higher prices for certain products than men. There are also arguments that many female products have more aesthetic packaging as a marketing strategy. The burden of the extra cost of packaging is then passed to the final consumers.

However, critics of the pink tax have struggled to accept that female consumers are as concerned with the packaging, as to prefer a product that would cost them more.

Pink Tax in the Nigerian context

The pink tax is a common phenomenon across different countries. Due to its adverse economic implications on their female nationals, legislators across the world have introduced laws such as the Pink Tax Repeal Act and the Gender Tax Repeal Act, in a bid to end the levy.

In Nigeria, the tax has filtered through to unsuspecting female consumers over the years. The following instances highlight the impact of the ‘pink tax’ within the Nigerian context.

The house hunting process for single women is often different from the process for single men. Property developers and landlords are apprehensive to rent their apartments to these ladies, owing to their flawed assumption that women are not financially independent outside their fathers and husbands. This has resulted in women searching for months for both a suitable place and a willing landlord. Therefore, even if both men and women pay the same rent, there is an opportunity cost of time and effort intrinsically charged to apartments rented to women in Nigeria.

Saturdays in Nigeria mean one thing, weddings! On these days, both women and men enjoy looking their best and getting dolled up for the occasion. However, one gender spends more, as a wedding guest, than the other. A female guest would typically incur expenses on asoebi (uniform dress typically worn during weddings and special occasions) and makeup. As basic as that sounds, the total bill can run from N30, 000 to as high as N100, 000. This is compared to a man’s expense sheet – that can include only the asoebi ‘fila’ – which can cost as low as N1, 500.

Most women love getting dolled up and playing around with their hairstyles. However, it seems unfair that the price of playing dress up should cost female consumers twice their male counterparts. On average, men spend N1000 to get a haircut (rates vary according to location). On the other hand, females are not only charged more for similar haircuts, but they also spend more on basic hairstyles in a female salon. A cost price of approximately N1, 500-N2, 000 can just about fetch a woman a hair wash, a perm and maybe cornrows.

Where do we go from here?

Effective pricing strategy remains a controversial topic in the retail industry. The price of any product is expected to account for market conditions, input costs, consumers’ willingness and ability to pay, as well as production and distribution costs.

Sadly, the pink tax is unlikely to become extinct any time soon. The product differentiation argument, as a rationale for the tax, is valid in certain instances. For the hair example, it makes sense that women pay more; their hairstyles are typically more time consuming and labour-intensive than men. However, it is unfair that women should lose on two ends – lower wages plus lower purchasing power. Retailers must remember the golden rule of thumb for their pricing strategy: ‘consumers would not purchase your product if you price it too high, but your business would not cover expenses if you price it loo low’.

When Are We Going to Get Serious About the Lagos Floods?

Folayemi “Folly” Agusto of Eat.Drink.Lagos is Our #BellaNaijaWCW this Week!

TemiO is an economist by day and a writer by night. When she's not discussing economic hot topics, she can be found reading a good book, trying out the best food places in Lagos (because, foodie!) and watching her favourite series. TemiO is skilled in the art of research and data analysis and enjoys the field of development economics - poverty, education, healthcare etc.