When Are We Going to Get Serious About the Lagos Floods? 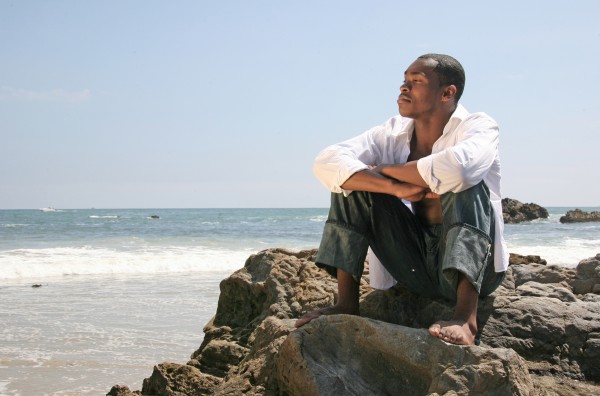 For the umpteenth time in many years, Lagosians have once again prayed for the rain to stop.

It is October, a time when the harmattan is meant to start preparing to arrive, but the rain is still pouring down heavily.

Houses are flooded and properties are being carted away by water. For some, it is the sign of the end-times, for many, it is the carelessness of the government and the people. Others just want their homes and properties back.

For the past few weeks, Lagos has felt a tremendous impact of the rain and compared to other years. This year’s flooding has been really bad. It seems Lagos State is gradually becoming an aquatic habitat.

Aside from flooding, the continuous downpour of the rain has worsened the already pathetic state of the Lagos roads and the traffic that has been described as ‘hellish’. A journey of 30 minutes from Ajah to Sangotedo now takes about 2 hours, and people spend close to 5 hours on Ikorodu roads.

Tagging the handle of the governor of Lagos State, Babajide Sanwo-Olu, Lagosians have drawn the attention of the governor to the many pot-holes on the roads and the loss of lives and properties due to flooding. They also expressed worry that in all of these, the governor seems to be missing in action.

However, let’s dissect this…

For many years now, rainfall in Lagos automatically means that some houses will be filled with water, roads will be covered in water, gutters will overflow and as usual, tax-paying Lagosians will feel the brunt of it all.

In July 2018, the Lagos Government was reported to have started making moves to control flooding in the state. Temidayo Erinle, the Special Adviser LSPWC/Drainages had stated that “The contractors have commenced a three-year contract of dredging, cleaning, and clearing of all drainage channels.”

He went further to say that they had “come up with global best practices through the engagement of reputable and competent contractors for all year schedule maintenance of all primary, secondary and tertiary drainage channels in the five divisions of the state.”

1 year and 3 months later, the situation remains the same – if not worse. Lagos state is dirtier than it ever was. The roads are more terrible than ever, the traffic situation is worsened, and for the third time running, Lagos State has been ranked as one of the worst cities to live in the world.

This has left people wondering what happened to the “global best practices” the government came up with?.

How did we get to this point?

More than ever before, Nigerians need to take the issue of climate change and global warming more seriously. The incessant rainfall in the month of October is proof that there’s a change in our weather pattern.

The average Nigerian culture of soiling our roads with garbages and throwing dirt into drainages is also one of the many factors of flooding. If you eat gala and throw the wrapper on the floor, you have contributed to flooding. If you are also fond of disposing your bin into flowing drainages, you have contributed to flooding. Many of our drainages are blocked because Lagosians have the habit of dropping everything into the gutter. From takeaway plastic plates, sachets of water, plastic bottles, snack wrappers to eggshells, everything can be found in our drainages. This automatically stops the free flow of water and enables the overflow of gutter-water into the streets.

Another major problem is poor urban planning and poor drainage facilities. Most of our natural drainages have been sand-filled, people are also building houses and blocking the water path. A lot of houses in Lagos do not have proper drainage systems, and the residents not only pass their used/dirty water into the streets, but they also construct their shops or apartments on drainage facilities.

See ehn, no matter what you do, water must pass. So if you block the drainage systems, be ready to welcome the water into your home. Nature has a way of fighting back.

Poor drainage systems have also ensured that Lagos State has zero stormwater management and a lot of floods are caused by heavy rainfalls our drainages cannot cope with. That means that for every little rainfall in Lagos, there’s a high chance of flooding.

What can our government learn from other countries?

Room for the rivers

It is estimated that about one-third of the Netherlands is below sea level and major floods have occurred every generation or so for hundreds of years. There was an urgent need for the Netherlands to find a solution to their flood problems – and they did.

Acknowledging that they cannot control nature, the Netherlands developed the concept of ‘room for the rivers’ 10 years ago. They decided to explore a new approach in which they gave more space to the water and allowed the river to expand when large volumes of water are entering their country.

“It’s not fighting against water; it is living with water”,  Chris Zevenbergen, a professor of flood resilience of urban systems at the IHE Delft Institute for Water Education in the Netherlands said.

But can our government create ‘room for the rivers’ in an over-populated state? Let’s see!

Soaking it up with ‘Sponge Cities’

In China, the process of controlling floods has been ongoing for the past 2 years. With the creation of Sponge Cities, China is killing two birds with one stone. The sponge cities programme isn’t just designed to tackle flooding but also to offer a solution to water shortages.

The Dean of Peking University’s College of Architecture and Landscape Architecture, Kongjian Yu, says that “a sponge city is one that can hold, clean, and drain water in a natural way – using an ecological approach.”

The aim of China’s Sponge Cities is to ensure that 80% of urban areas will absorb and re-use at least 70% of rainwater by the year 2020.

The average Aminu and Tayo on the streets of Lagos do not know that throwing things on the floor is absolutely wrong. This because many Lagosians throw things on the floor on impulse. You need to ensure that every Lagosian gets enlightened on the effects their actions would have and put disciplinary measures in place for defaulters.

Let people also know about possible future floods and suggest actions they can take to stop it.

We need to do better when it comes to our drainage systems and pay more attention to our town planning and housing system. Ensure people do not build houses on canals, or on already built drainages.

What can you do to salvage this?

If we do not act fast, we might be forced to live on trees in the coming years. One quick step to reduce flooding in Lagos is to stop littering the roads and filling the drainages with dirt. From Ketu to Mile 2, Mushin to Ajah and many other places, our drainages are filled with plastics. In fact, there’s a big canal in Obalende that is filled with plastic plates and bottles. If you are also fond of disposing your waste into flowing water, the right time to stop it is now.

The government needs to do more in waste management and placing bins in strategic places. But in the absence of this, keep your wrappers in your bags after eating until you sight a bin or get home. Trust us, it’s not that hard to do. We need to keep our drainages clean, so they can do their job.

Also, avoid blocking drainages or making constructions on drainage systems. Don’t be one of those who cause flooding and then rant on social media.

As Lagosians, we also need to stop the jokes about floods. This is not the best time to start a Mainland versus Island war on social media, or throw yabis at people living in Lekki. Our ability to make jokes in the face of life-threatening issues is one of the reasons why our government officials do not take us seriously. If you want to demand change from your government, you don’t do it with jokes.

Olawunmi Adegoke: It’s Not Too Late to Aim for Those Goals You Set at the Beginning of the Year