The Davido Example of Getting Justice When You've Been Offended in Nigeria [Hint: $$$] 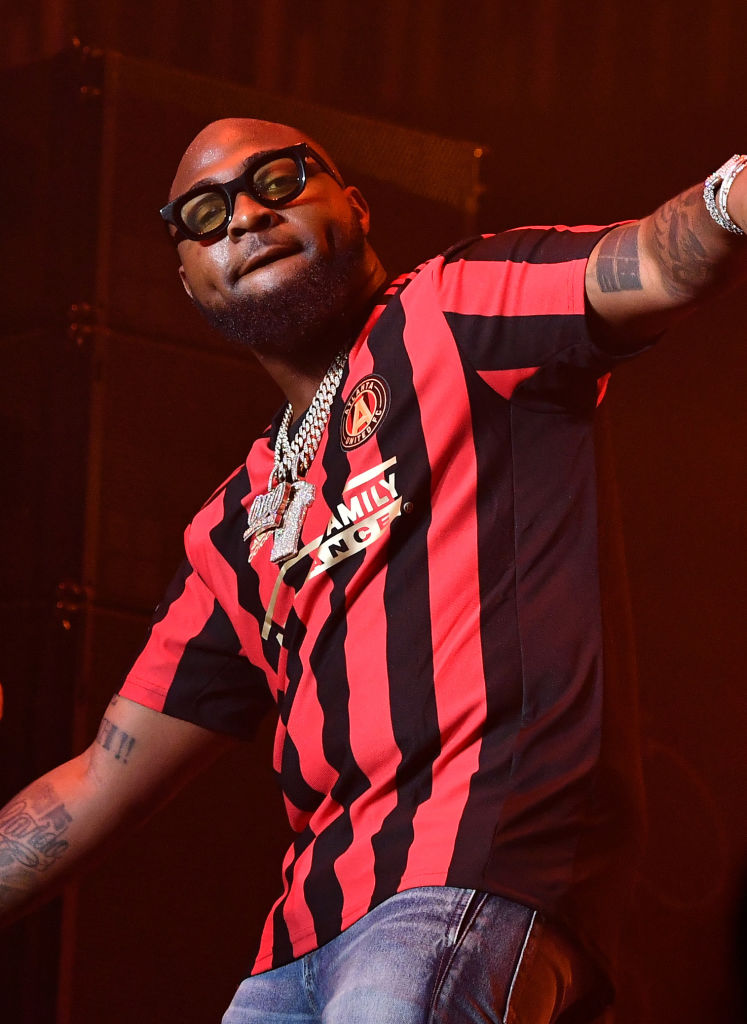 When two ladies made a video claiming to be pregnant for Davido, they thought they were just chasing clout and were on their way to stardom. Little did they know that they were in to be lawfully persecuted (or so we thought) disgraced, dragged on Social Media and may, in fact, cool off their running mouths in Kirikiri Prison.

In the first video released, the girls claimed that one of them was pregnant for Davido and he was not willing to take responsibility. The sister of the alleged pregnant lady insisted that her sister was carrying Davido’s child and they were ready to take the case up to ensure that Davido claims responsibility of the child.

They later came out, after Davido threatened to get them arrested, to say it was a prank and they were just joking.

– Update : The Ladies who accused Davido of impregnating one of them and denying the pregnancy have come out to say it was a prank. pic.twitter.com/M639y97PC5

Well, Davido was not having it and promised to get the ladies arrested.

Nigerians, who are always eager for some action, encouraged Davido to get them arrested in order to serve as a deterrent to future pranksters, and it seems Davido did just that!

He allegedly got them handcuffed, taken to his house and humiliated beneath the glare of a phone camera lens and many other eyes.

Remember those girls that called Davido all kind of names and later tagged it a “prank”?
Well “there’s a caught” ??? pic.twitter.com/SVee40oWok

Davido, in his niceness, later ordered the release of the clout-chasers.

Many people cheered on and supported the act; after all, it will teach them a lesson. Right? Some others have come out to condemn what Davido did and termed it as ‘oppression’. Many people have also claimed that it was just a publicity move for his newly released album. 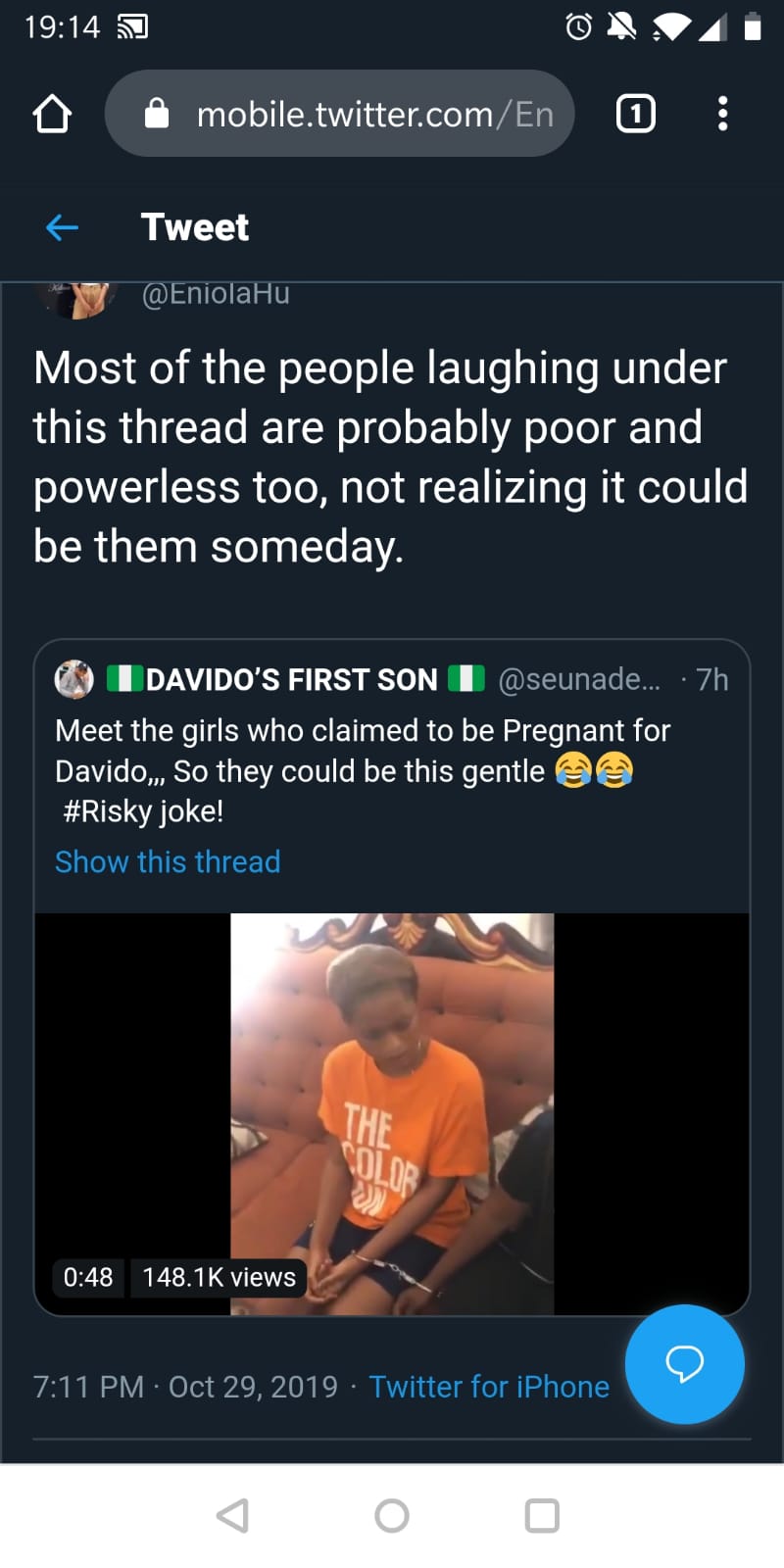 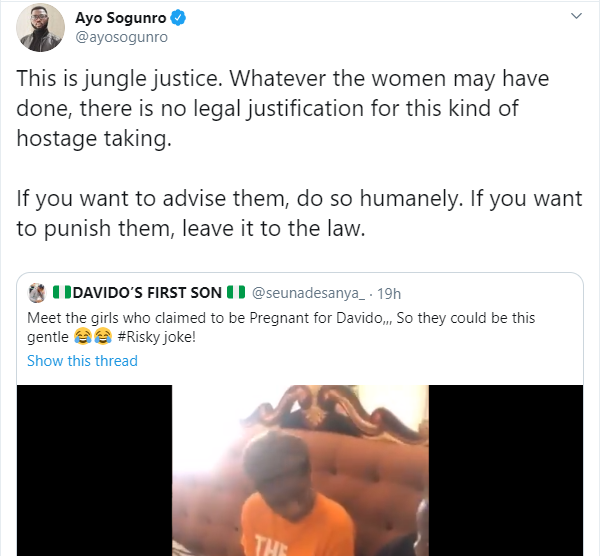 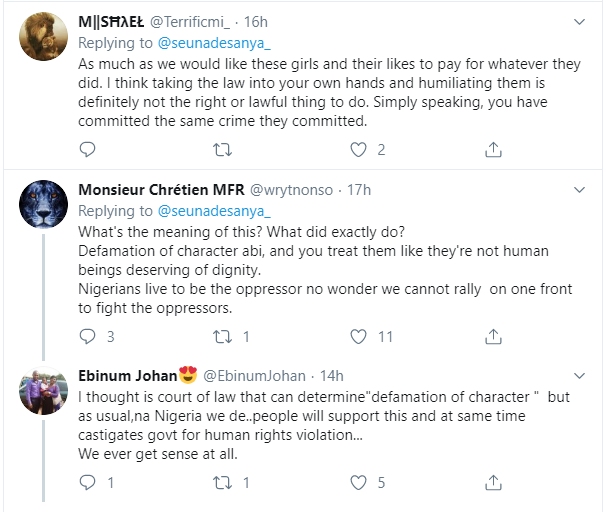 Whether it is a publicity stunt or not, let’s go beyond what people are saying and focus on what the law says regarding this.

According to section 373 of the Criminal code of Conduct, defamatory words may be spoken or written. They can be inferred from signs or objects or may be expressed either directly or by insinuation of irony.

‘A defamation matter is one which is likely to injure the reputation of any person by exposing him to hatred, contempt, ridicule, or likely to damage any person in his profession or trade by injury to his reputation. Defamation is complete upon publication and ‘publication’ – defined under the Criminal Code Act – refers to bringing the defamatory words (whether written or spoken) to the knowledge of the person defamed or another person.’

Libel is basically defamatory words in a permanent form. So, if defamatory words are said or written against a person on social media, in a book, letter or newspaper, this is libel. It is usually done through spoken words or gestures. Under common law, libel can both be civil and or criminal.

There are many ways to handle a libel case on social media. One is for the defamed person to refute a libellous publication with another publication – video, statements etc. Or for the aggrieved party to sue for libel.

If you want to sue for defamation, follow due process:

It is an offense to conduct your own arrest without the involvement of the Nigerian Police Force. If an arrest must take place, here are the is how to go about it – as provided by @ayosogunro. 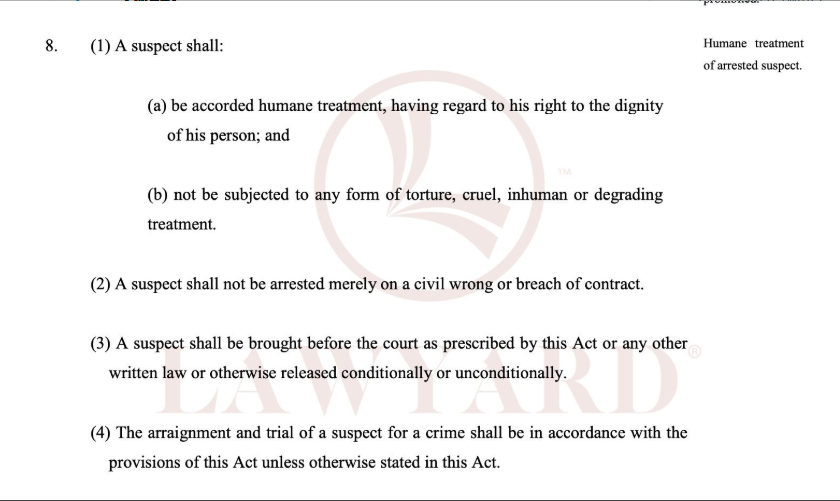 While we all need to refrain from slandering and defaming a person or a person’s character. It is important to uphold the law at all times and in all circumstances.

We live in a country that is almost lawless, from the many cases of SARS harassing Nigerian Youths, to our leaders bending the laws to suit their personal gain and the many instances of jungle justice in Nigeria. It is important to ensure that we go through the proper channels of justice when dealing with criminal or civil offenses.

It is getting increasingly  obvious that once an average Nigerian tastes affluence and power, they are most likely to consistently dehumanize other Nigerians. There’s a prevalent culture of abusing power in Nigeria, the need to show the other person that they can’t mess with you. To be a better generation, we must avoid towing the path of our fathers.

It is better to follow due process of the law. However, the big question is: does the law work in Nigeria? Especially if you do not have the Davido kind of money? Hmmm, that’s a topic for another day.

In fighting for equality, justice, and against our corrupt leaders, we shouldn’t become like them who seize every opportunity to flex their muscles and unleash havoc on defenseless citizens.

Quick question: If you were in Davido’s shoes, what would you have done?