Introducing “Joseph,” A Captivating Story of One Man's Journey to Self-Discovery | WATCH 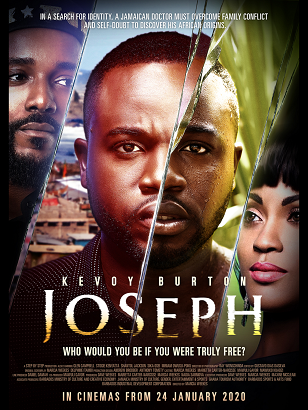 “Joseph“, an inspiring trans-Atlantic story of self-discovery, which chronicles one man’s journey as he breaks through parental, societal and cultural boundaries to find his true identity, is set to premiere in Nigeria this January.

“Joseph” trails the life of a young, successful medical doctor in the Caribbean whose curiosity about Africa drives him to set out for the unknown. Defiant and rebellious, Joseph dismisses the warnings and threats of his affluent medically-inclined family to seek reconnection to his ancestral roots and discover his true purpose. Joseph surveys
the central character’s journey to his land of origin, regaling viewers with tales of love, acceptance and freedom.

The larger-than-screen production addresses misconceptions about Africa fed by global media, while observing the many similarities between life in the Caribbean and West Africa.

In celebration of the “Year of Return”, “Joseph” premiered in Ghana to rave reviews, with Nollywood favourites, Mawuli Gavor, Sika Osei, and the lead actor, Kevoy Burton, who flew in from Jamaica. The film as stars Shontelle, Alison Hinds, as well as several international actors.

In addition, “Joseph” has been selected for screening at the largest Black film festival in the USA, the Pan African Film Festival in Los Angeles (11-23 February).

“Joseph” will premiere in Lagos on January 22nd at Filmhouse Cinemas, Landmark Village, and be released in cinemas across the country from Friday, January 24th.

Watch the enthralling trailer below:

Stay Woke! Oraimo is bringing ‘The Vibe’ – Be the First to Catch it!