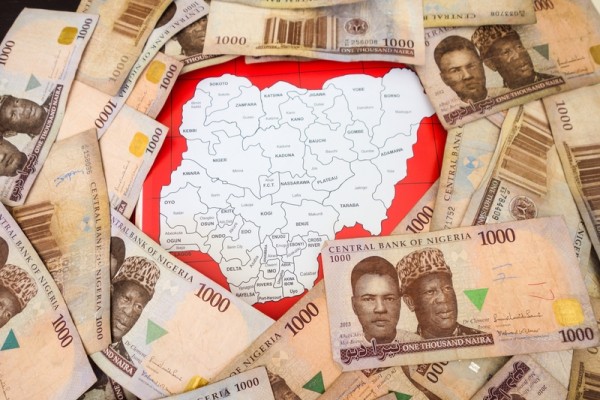 No, I didn’t just put my relationship status out there. I am only curious about the Central Bank of Nigeria’s announcement about four years ago (2016) to pursue a single-digit inflation rate, which was 18.5% at the time and manage it to hover between 6% – 9%.

Four years later, Nigeria’s inflation rate – as at January 2020 – is 12.13% and whilst it seems the figure is getting closer towards the target, I am concerned that certain policies and decisions, however noble, might make this target more difficult to attain. This article might include a lot of technical and economic jargons but I will try to keep the language simple and the text short.

So stay with me.

So the Federal Government of Nigeria, sometime in August 2019, decided to close our land borders. Some of the reasons the FG gave were that:

This is a temporary measure. Besides, the air and seaports still remain open. The question then asked by critics of this policy is, “what is the FG’s definition of temporary?”, especially now that Nigeria has signed the African Continental Free Trade Agreement (AfCFTA) which essentially frowns at such protectionist policies.

The very next month in September 2019, The Federal Executive Council (FEC) approved an increase in the VAT rate from 5% to 7.2%. It must be quickly stated here that the previous VAT rate was the lowest in the continent. However, since the new rate has been effected, the prices of most goods and services have gone up because, as expected, businesses want to pass on the burden to consumers. Small businesses are the hardest hit because one of the ways they survive is by offering competitive prices. They don’t have the price inelasticity that the bigger companies enjoy. Now, not only has their cost of production increased, they also have to face the dilemma of whether or not to initiate cost-reflective prices. All these further erode profit margins.

Even on a broader sense, the tax drive of the government has seen persons and businesses being swamped with an avalanche of taxes in various forms.

This was a major pre-election proposition by the Labour Union. Their argument was that N18,000 was not enough to cater for the Nigerian worker and pushed for a wage of N66,000. After the elections, there was quite a series of denials and stalemate but they eventually reached a compromise of N30,000. Even the National Youth Service Corps recently got an increase in their monthly “allawee”. Whilst on paper, these are well-intentioned moves – the economics of unintended consequences may have set in. So we literally now have more money chasing virtually the same basket of goods and services – which is the textbook definition of inflation.

The argument from the other side is this: now that the nominal wage has increased, has the real wage increased? What is the purchasing power parity of the average Nigerian worker? Wouldn’t it have been better if funds used for augmenting the ab initio wages were used to develop more social infrastructure like roads, electricity, housing etc which take up a significant portion of incomes, thus acting as sustainable subsidies?

The jury is already out on these topics. Others on the fringes include high-interest rates and how expensive capital has become, the negative real returns on certain investments and financial instruments like Treasury Bills – because the inflation rate is greater than the interest accrued to such, the very interesting monetary and fiscal policies of the CBN, policy reversals which lead to uncertainty, the rumoured devaluation that has skyrocketed the demand for foreign currencies, and so on.

What Do You Think?

I plead the fifth. Regardless of what you just read, I am NOT taking sides. If you’re looking for me, you can certainly find me in the middle. I only wanted to trigger your thinking. So share with me whether or not these policies have improved your welfare. I see the report on the slight expansion of the economy for the last quarter but I am here for Trickle-Down Economics.

As someone who is passionate about development, I want to humanize those statistics. So have these policies taken away the piece of meat in your Egusi soup or have they added more? Have they added Naira notes to your wallet or have they taken more notes from it? Do you have more customers than you had before now or have they left you in the cold (or more recently, the heat)?

Are you a student? A salary earner? Self-employed? Employer? Investor? Regulator? Regardless of your status, I beseech you by everything you hold dear to share your thoughts with me in the comments’ section. No matter how diverse they are, they help give balance to the conversation.

Chude Jideonwo’s 5 Lessons at 35: The Valley of the Shadow of Death

Your Better Self with Akanna: The Unfair Math Teacher