Many Stranded as Nigeria's Land Borders are Closed 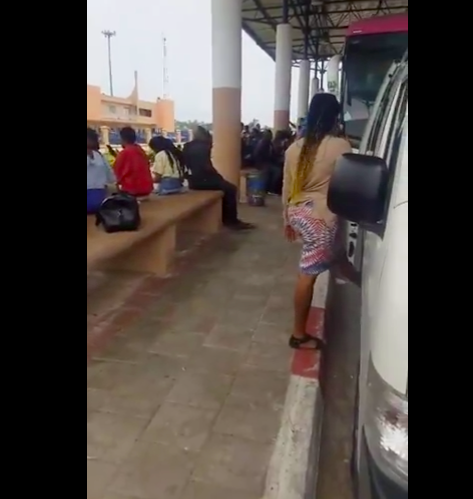 Quite a number of people were stranded on Wednesday at the Nigeria and Benin Republic border as officials closed the border on both sides without prior warning.

Social media users have said all land borders were shut down as at yesterday.

One user wrote: “7 trailer loads of tramadol was said to have passed through the boarder and was intercepted at Alaba-rago. I think that was the reason for the temporary closure of the border.”

Another user corroborated the story, writing: “There was an intel about a cartel smuggling banned pharmaceutical products like Tramadol, Codeine and others into Nigeria. As a result, a joint task force was set up to apprehend the goods and the suspects. All borders are on a shut down in the whole country.”

The closure continued on Wednesday morning, with Nigerians attempting to cross over from Benin Republic into Nigeria.

The federal government has not released a statement on the closure.

I have been at seme border for over 7hours and no official communication about the closure keeping us here. We need help/answers. We need to go home. Please share this with someone that can help @DrJoeAbah @segalink @nigimmigration @OgbeniDipo @Omojuwa @abikedabiri @NGRPresident pic.twitter.com/BdSWkhRgRM

We just crossed the border. We are on our way home.

Thanks to everyone that reached out to me or someone else outside to help. pic.twitter.com/Zp8dcjplPy

Just got info at idiriko border, same issue. No word from anyone.

Nigeria Marks 3 years Without a Case of Wild Polio Virus