"Where is Kainene?" The Unanswered Question that Many Victims of the Biafran War Can Relate To 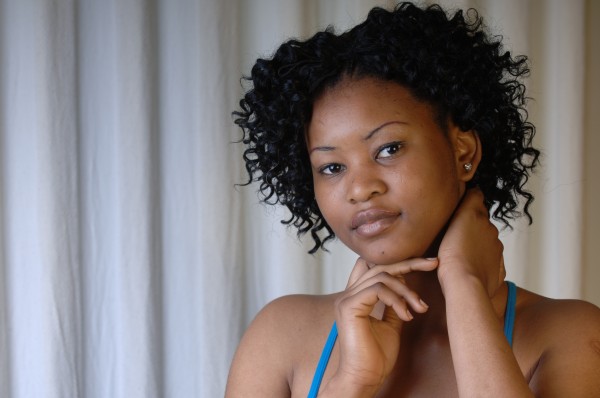 Since 2006 when Chimamanda  Ngozi Adichie‘s Half of a Yellow Sun was released, many Nigerians have been pressing her to tell them the whereabouts of Kainene – a character who went missing, in the book. Truly, Kainene was not everyone’s sweetheart at first, but she later wormed her way into the readers’ hearts and her sudden disappearance was a huge jab to the already grieving hearts of readers.

Kainene, in Half of a Yellow Sun, is a reflection of the many (unaccountable) losses Nigerians suffered in the 1967-1970 Biafran war. Fathers and brothers were (forcefully) enlisted into war, kids starved – their ribs tearing their already pale skin – to death, wives lost their husbands, husbands lost their wives, siblings were separated, parents mourned the death of their children, families were ruined, properties were lost, many people’s world just turned upside down and… some just simply went missing. Never to be seen again.

If Kainene’s – a fictional character – disappearance can be deeply felt by the readers of Half of a Yellow Sun, how much more those who have lost friends and family during the Nigerian Civil War?

Why Are We Silent About The War?

It is 50 years after the Nigerian-Biafra war and there there is so much history that has been buried. Nigerian leaders (past and present) have refrained from talking about it. For a war that rocked every facet of the country and disrupted the lives of millions of people, one would expect that this issue would have been addressed by national leaders and, at the least, taught in schools – constantly. Unfortunately, the reverse has been the case. The Nigerian Civil war has (almost) become a sacred topic – one that should be spoken of, only out of the corners of our mouths.

From the eagerness to have a place of their own, to having an estimated one million of its civilians dying as a result of severe malnutrition and hunger, we must all agree that Igbos suffered a major loss during the Nigerian-Biafran war. In mid-1968, images of malnourished and starving Biafran children saturated the mass media of Western countries.

In fact, a Western observer noted that: “This kind of tragedy was new to [television] viewers. Most hadn’t seen a starving child in glorious Technicolor, looking like a matchstick, with a protruding stomach and the reddish-brown hair that signals a slow death from starvation”

The plight of the starving Biafrans became a cause célèbre in foreign countries and international non-governmental organizations (NGOs), including Doctors Without Borders, were formed to deal with the war. In general, an estimated 3 million people were killed during the Nigerian Civil War and the secessionist Biafra region (the Igbo being the most populous ethnic group) were the main victims of the war.

Impacts of the Biafran War

Although it seems that the Nigerians have bounced back and moved on, just like every other war, the Nigerian Civil War left a heavy mark and a deep scar on Nigerians and on Nigeria as a country. Apart from its economic implications, the rise of the military government in Nigeria, ethnic and religious tension is still very much present in present-day Nigeria.

But all of these cannot be compared to the mental and psychological effects of the Biafran War on present-day Nigeria.

Led by Nnamdi Kanu, there still lies the agitation of some Igbos to have their own country. According to Kanu, the resolve to re-establish Biafra stems from the ‘pathological hatred’ he – and other Igbos who follow him – have for Nigeria.

The clamour by the Igbos for another country also stems from the feeling of being cheated because of their ethnicity. The common perception is that Igbo people are marginalized in a Nigeria that only serves the interests of the two other major ethnic groups – the Hausa and Yoruba.

It is 50 years now, but the Biafran war has led to massive disunity – and a lack of trust – among Nigerians. But still… there is silence.

How Can We Solve This Problem?

We cannot continually wish our problems away or tell people to’just let it go’ and ‘move on’. The 3-year-long war has left a deep scar that grows deeper and deeper with each passing year. It is time Nigeria and Nigerians talked about the war; the injustice meted out, the long-term effect, the pain, and losses suffered by Nigerians – especially the Igbos, and the way forward.

You cannot bring back the dead, you cannot unite families that have been disunited by the war, neither can you erase the pain of losing a father, mother, child, distant relatives or friends to the war. But silence means that you do not care.

You cannot erase the memory of people. Nigerians will always remember. Biafra is part of our history and we can never erase our history.

Can We Learn Anything From Rwanda?

In 1994, on the orders of government ministers, the country’s majority Hutu population turned on its Tutsi minority, killing 800,000 men, women and children in the course of 100 days. With nowhere to run, an estimated 75 percent of the Tutsi population was hacked or beaten to death in towns and villages across the country by former friends and neighbours.

One would imagine that Rwanda would never bounce back from the genocide that claimed almost a million lives, especially since it is just 26 years ago. Today, Rwanda takes the lead in development and gender equality among African countries. The Hutu’s and Tutsi were made to work together and World Vision also gave them a platform to talk about the genocide and let it all out. Today, Rwanda has, to an extent, faced their problems like warriors, conquered it and buried the hatchet.

The same can be adopted in Nigeria. Rather than telling Igbo people to ‘stop crying wolf’, we have to give every party involved in the Nigerian Civil War equal rights to talk and share their pain. We cannot reconcile if we do not acknowledge that the war happened and its aftermath still hangs over our head.

If Nigeria wants to have a sound sleep, we must bury the ghosts of the war.

Chude Jideonwo’s 5 Lessons at 35: You Don’t Need Confidence to Cross the Street

Yetunde Onafuye: How To Manage Productivity When Your Plans Don’t Quite Work Out