Coronavirus: ECOWAS Appoints Buhari as Champion of COVID-19 Response | Check out other Updates 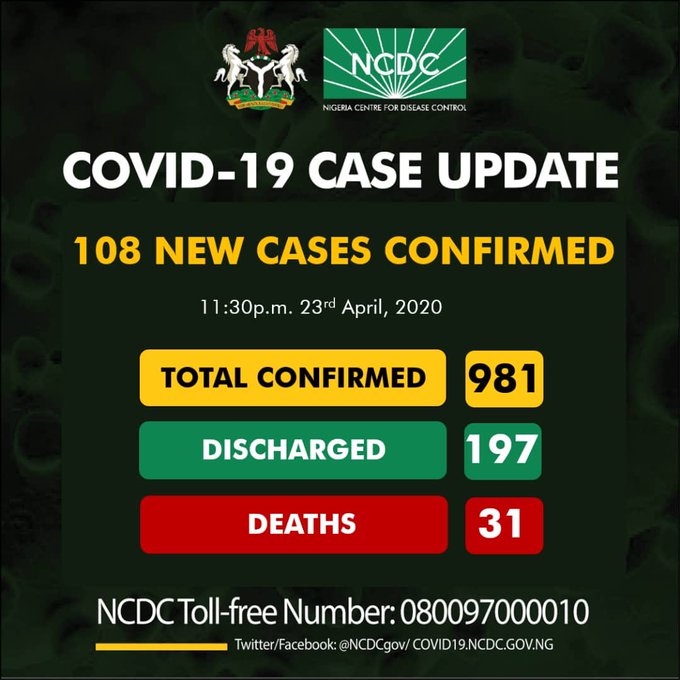 108 new cases of coronavirus were on Thursday night reported by the Nigerian Centre for Disease Control (NCDC), bringing the total cases to 981. In the new cases reported, Lagos had 78 cases, 14 in FCT, five in Ogun, four in Gombe, three in Borno, two in Akwa Ibom, one in Kwara, one in Plateau. 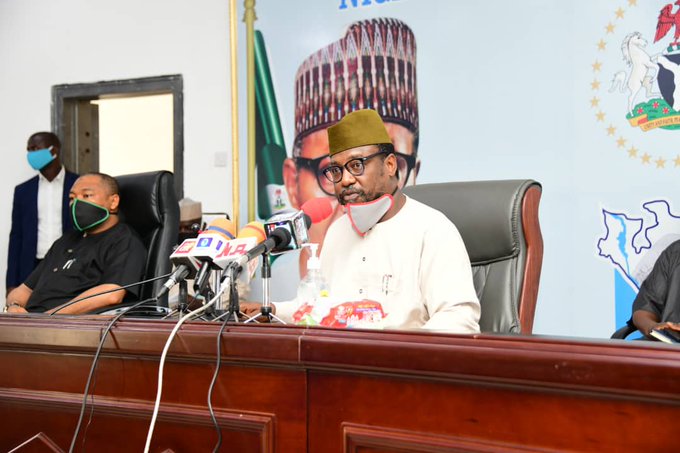 The Niger State government has flagged off the commencement of the wearing of face masks in the state.

Governor Abubakar Sani Bello who disclosed that over 300,000 face masks have been locally produced and available for free distribution, stated that anyone found outside their homes without face masks would be arrested.

Governor Sani Bello who acknowledged the use of face mask and social distancing as major ways of reducing the spread of the disease said it has become mandatory for all residents to comply. pic.twitter.com/gxY9dU5wOg

By this declaration, the public wearing of face masks and observation of social distancing are mandatory acts for all residents, aimed at controlling the spread of the virus and other related diseases”, he stated.

Gov Sani Bello said d two orders he signed, the State Prevention Containment and Emergency orders to curtail d movement of people has been pivotal in preventing community infection of d virus, adding that no fewer than 50 violators have been convicted for violating the orders. pic.twitter.com/dS5d7fETJB

According to him, failure to wear the face masks and adhering to social distancing will lead to arrest and prosecution. 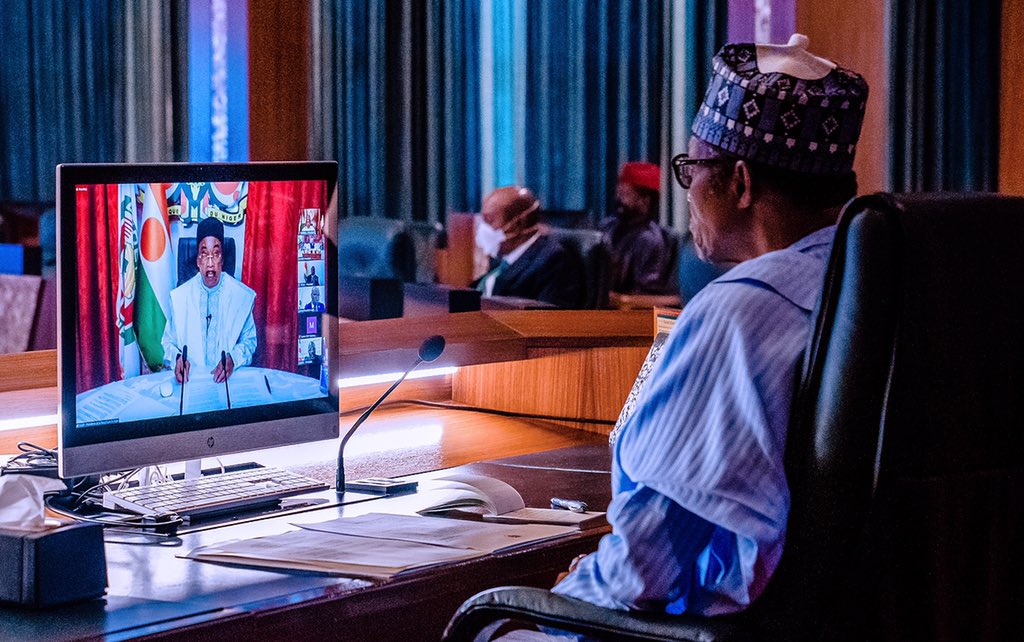 Member countries of the Economic Community of West African States (ECOWAS) have appointed Nigerian President Muhammadu Buhari as the coordinator of the sub-regions’ response to coronavirus.

ECOWAS countries in the West Africa region have all implemented different measures including social distancing, stay-at-home order curfews, travel bans, and lockdowns in key regions and cities to curb the pandemic.

The appointment took place Thursday at the Extraordinary ECOWAS Summit on COVID-19 which was held via teleconferencing under the Chairmanship of His Excellency, Mahamadou Issoufou, President of the Republic of Niger. #AsoVillaToday pic.twitter.com/Mb99sfsHtM

During the teleconference, President Buhari called on fellow ECOWAS leaders to look beyond the challenges posed by the #COVID19 pandemic and tap into various opportunities that it presents for the betterment of lives in Member States: 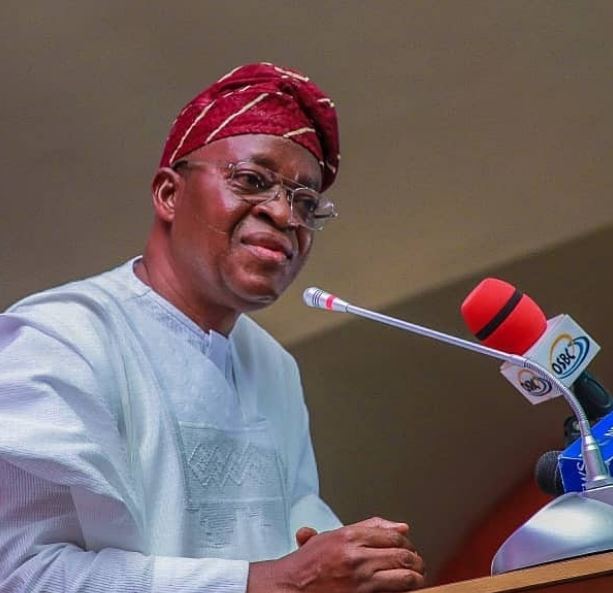 COVID-19: Osun announces mandatory use of face mask in public

As a measure to curb the spread of Coronavirus, the government of the State of Osun has announced the mandatory use of face masks in public places effective from tomorrow, Friday, April 24.

The State Governor, Mr Adegboyega Oyetola who made this known in a statement released by his Chief Press Secretary, Ismail Omipidan on Thursday in Osogbo, disclosed that the decision was part of the resolutions reached by the South West Governors at its virtual meeting last week.

Oyetola noted that the South West states were the first to make wearing of masks mandatory, and that the regulation would remain in place till the states are rid of the pandemic.

The governor who warned residents against complacency, urged them to cover their nose and mouth 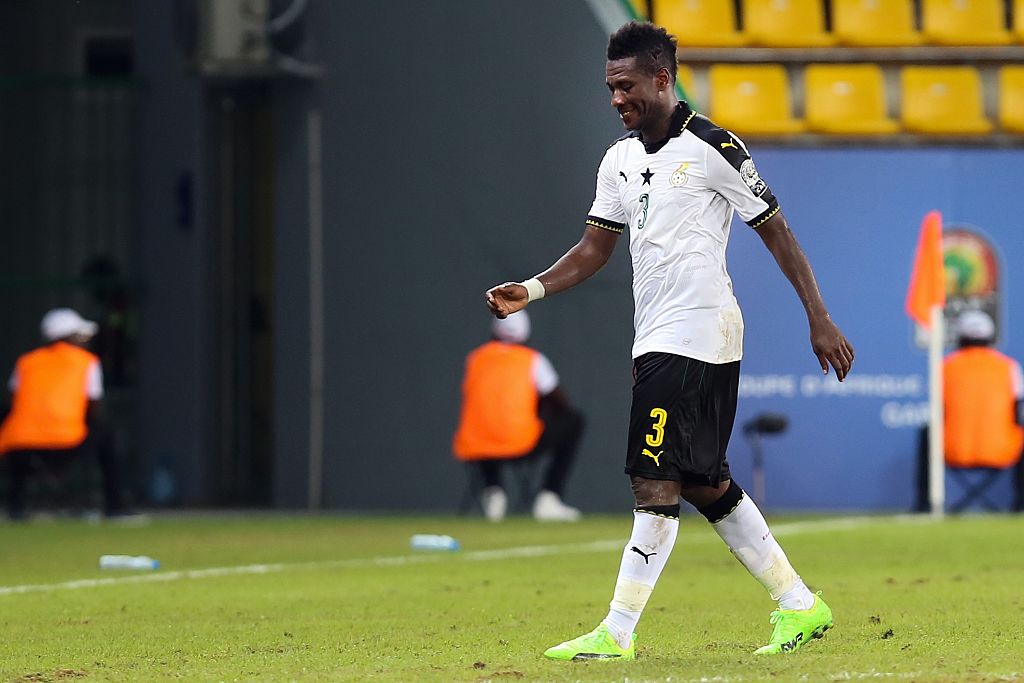 Germany’s Bundesliga is set to become the first major European league to resume amid the coronavirus pandemic. The decision was made during a video conference on Thursday, April 23, between representatives of all 36 clubs in the top two divisions.

The decision to restart games on May 9 was made after the remaining league matches were initially suspended due to the coronavirus outbreak. According to Mail Online, matches will take place behind closed doors with a maximum of 322 people allowed in and around stadiums for top-flight Bundesliga matches and 270 for second-tier games.

The publication also reported that drastic changes will be made with hygiene precautions to be put in place, including widespread testing of players and coaches at an estimated cost of £2.2million, while protective masks will be mandatory for some in attendance. 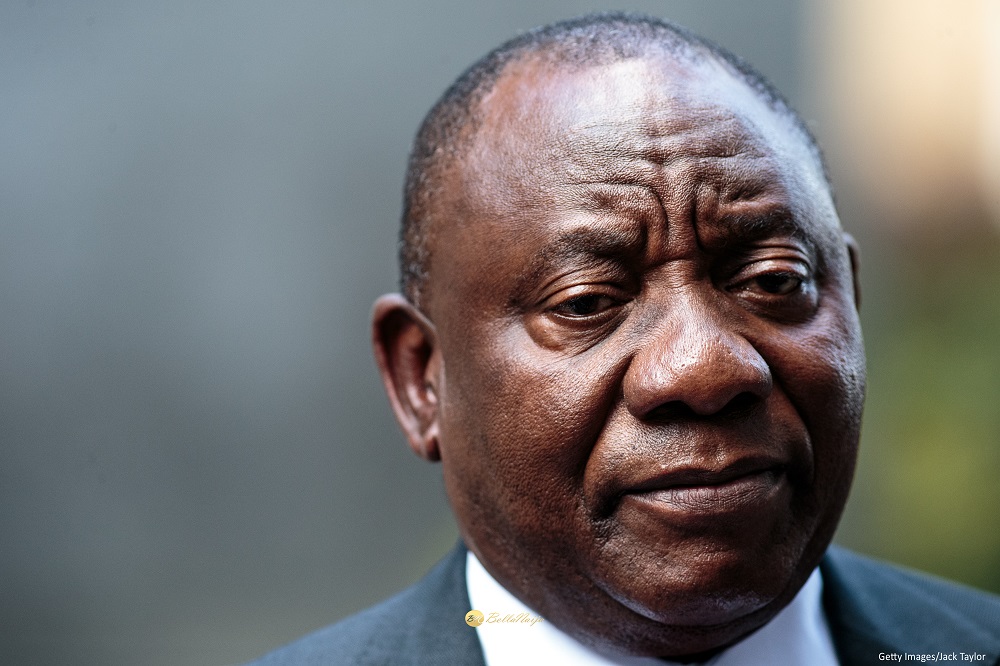 South Africa to ease lockdown from May 1

South Africa’s President Cyril Ramaphosa on Thursday said a five-week nationwide coronavirus lockdown will be slowly eased starting from May. He said:

We have accordingly decided that beyond Thursday the 30th of April, we should begin a gradual and phased recovery. We will implement what we call a risk-adjusted strategy through which we take a deliberate and cautious approach to the easing of current lockdown restrictions. 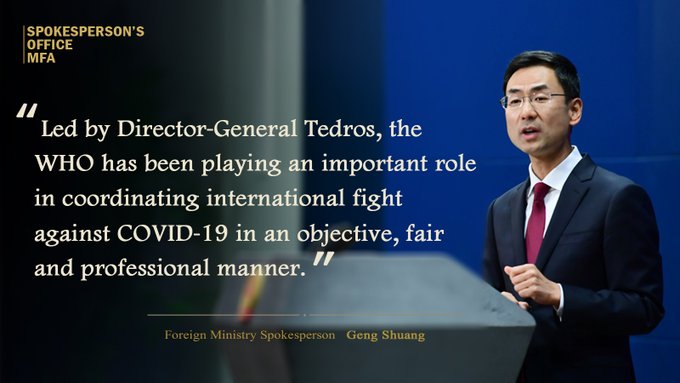 China pledges $30m to WHO for coronavirus fight

China announced on Thursday that it will donate another $30 million to the World Health Organization to help in the global fight against the coronavirus pandemic.

The United States, which is the WHO’s biggest contributor, accused the WHO last week of “mismanaging” the COVID-19 crisis, drawing ire from Beijing as both countries spar over the deadly virus. In announcing the funding freeze last week, US President Donald Trump accused the WHO of covering up the seriousness of the COVID-19 outbreak in China before it spread.

China will donate another $30 million to the WHO to help contain #COVID19 & support developing countries in improving their public health systems. At this critical moment, support for WHO helps to strengthen multilateralism & the UN. pic.twitter.com/ABNUE2qVm5

Instagram Is Working on a Feature to Memorialize Deceased Users