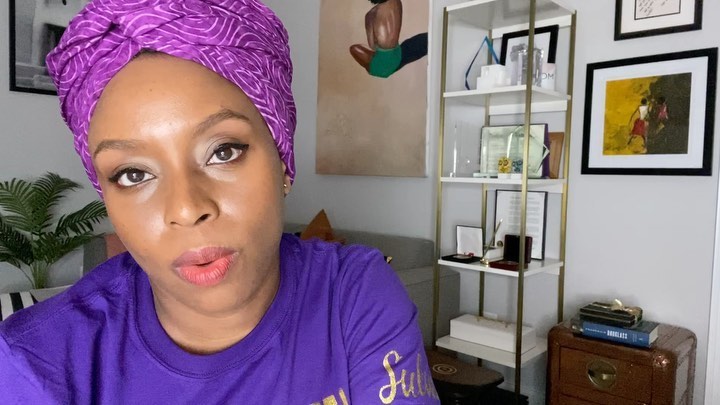 Chimamanda Ngozi Adichie says she’s sending love to John Boyega after watching him stand up for what he believes in at the protest in Hyde Park yesterday.

Chimamanda says watching him speak at the protest broke her heart and made her cry in a recent video shared on Instagram.

She hopes that he is surrounded by love during this time and also mentions how proud she is to see more young black people “taking up space”.

During the protest yesterday, John Boyega said “now is the time” to demand racial equality. He said: “Today is about innocent people who were halfway through their process. We don’t know what George Floyd could have achieved.”

The air is thick with grief. But there’s also reason for cautious hope, maybe this time is different, maybe. @johnboyega