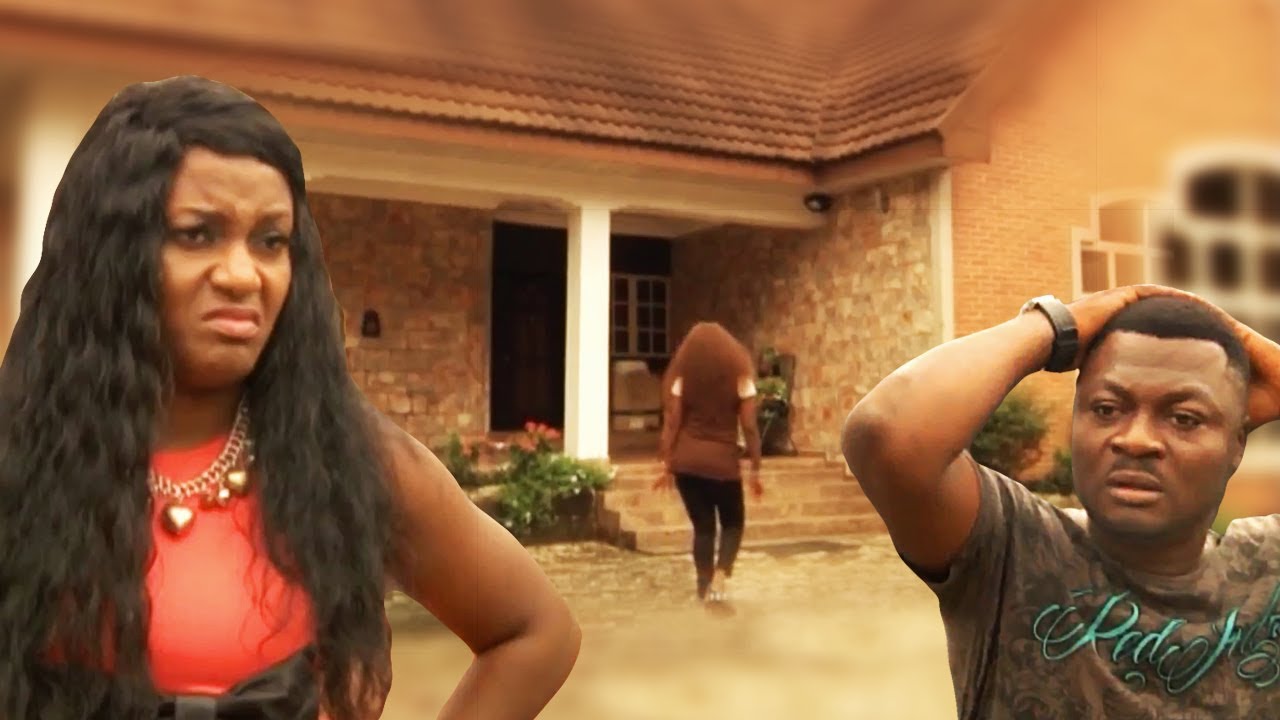 It is 2013 and the BlackBerry is rife. Abortion belts and colour blocking are everywhere. Dark times. I am sitting at home due to a prolonged ASUU strike — the infamous 6-month long strike of 2013 — when I first meet Kelly Adaure Amandianaeze, a.k.a “Ada Mbano.”

Propped up awkwardly on stilettoes, a pink abortion belt wrapped around her blue blouse, and a BlackBerry in hand, she’s havoc personified. When she raises her voice and swears, “Otu ocha!”, I fall in love. Everyone falls in love with her. 2013 will come to be known as the year that “Ada Mbano” is gifted to us, the year she rekindles the fire that is Igbo Language films.

“Ada Mbano” was more than just any ordinary fish-out-of-water comedy; it was a cultural reset. Before Queen Nwokoye took on the titular role of Ada Mbano, there had not been a film entirely in Igbo Language in a decade. Consider this: from “Living in Bondage” in 1992, “Nneka the Pretty Serpent” in 1994, “Rattle Snake” in 1995, to “Akidi” in 2000, the formative years of Nollywood were heavily influenced by Igbo Language films. And then, without warning, they were lost.

The low budget film, bolstered by Nwokoye’s masterful acting and biting comedy — rivalled only by the original fish-out-of-water comedy, “Osuọfia in London” — was an instant hit, spawning a dozen sequels and copycats, and rejuvenating Igbo Language films. So much so that in 2015, MultiChoice created the AfricaMagic Igbo channel (the Yoruba and Hausa channels had existed for years, as both languages had always had flourishing film markets). Today, hundreds of films are produced in Igbo Language, and children have the privilege of hearing their indigenous language represented in pop culture.

The discourse of conserving culture is usually relegated to academia. Serious men and women have gathered, for years, in conferences and seminars to pontificate — in English Language — about the dearth of speakers of the Igbo Language among today’s youths, and how to change that. But merely talking about conserving a language does not conserve it. Nothing works better than actually speaking the said language. This is why “Ada Mbano” was important; this is why AfricaMagic Igbo is important. When Flavour sings in Igbo or Phyno raps Igbo lines, they reinforce the fact, especially for the young ones, that the Igbo Language is not a dead language. It is alive today, right now, and not antiquated.

Igbo Language does not need saving. It needs to be spoken. Everywhere. At those conventions and seminars, in schools and workplaces, at the cinema, on the radio, in music. That is all the conserving a language ever needs. Children will not need to learn Igbo if their parents spoke to them in Igbo at home and let them learn English in school. Bilingual families across the world do this. And yes, a person who speaks English and Igbo (or any other African language) is bilingual. It is curious how we never refer to ourselves as bilingual until we take on a second European language like French. I shudder at the number of times I have heard people say they need to be bilingual, even when they already speak English and Igbo. As if Igbo is not valid. The only way we can revalidate our language, and end this erasure, is by speaking the language.

Action does speak louder than words, especially in this case where the action is speaking. Speak it everywhere. Make it mainstream. We consume so much content nowadays, but how much of this content will be in Igbo? Genevieve Nnaji‘s “Lionheart” is probably the most mainstream Nollywood film, in recent history, with the most Igbo spoken in it. And that happens for just about 10 minutes of the 95 minutes total run time. Yet those 10 minutes are so important. When some of the biggest Igbo names gather at the dinner table to eat and banter in Igbo Language, our children watch their indigenous language represented on a global scale. There’s hardly better validation.

And so we have to give credit to Nnaji, to Nwokoye, to Flavour, Pyhno, Illbliss, Zoro, to Umu Obiligbo, to The Cavemen – whose recent album, “Roots,” is Igbo music for the cool alté crowd. We have to give credit to Steve Chuks and every Instagram content creator creating content in Igbo. We have to give credit for their important work, and emulate them. We have to speak Igbo whenever we can. We speak Igbo, sing Igbo, tweet in Igbo, create our vlogs and YouTube videos in Igbo, write articles in Igbo (trust me, the irony is not lost on me) and make our podcasts in Igbo. I am a podcaster, and on my podcast, “Nduka Talks Igbo Stuff,” I mostly sound like a serious person pontificating on Igbo culture – in English. However, I have recently started including episodes in Igbo Language. I want my audience, mostly young Igbo folk, to see my confidence in my Igbo Language and mirror it. I want them to enjoy my jokes in Igbo and feel free to make theirs with their friends. I want them to use the language. It is the only way we can pass it on to our children.