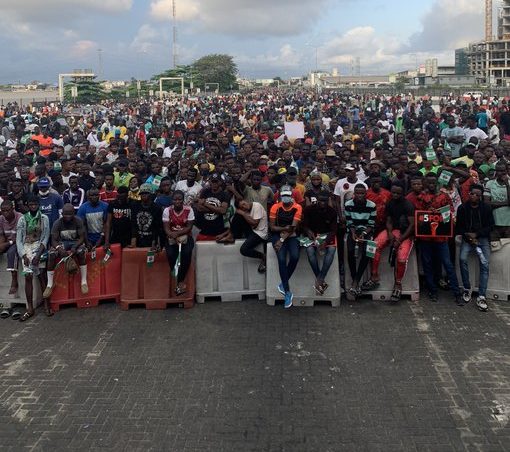 A place? A people? A way of doing things?

A flag? A government? A passport?

On the 1st of October, 2020, I joined the live feed, from Eagle Square, Abuja, of the national festivities to mark our 60th year of independence. The event was attended by the President and commander-in-chief, Muhammadu Buhari, his VP, Yemi Osinbajo, high-ranking members of the legislature and judiciary, top government officials, members of the armed forces, cultural troupes, and well-meaning Nigerians who had come to pay their respects to the nation.

Together, we watched the patriotic display of performances, as well as the beautifully coordinated aerial display by military aircraft.

Then, in a united silence, we observed the traditional three hearty cheers and the national salute, which constitutes of the firing of twenty-one artillery volleys.

It was a proud moment. Nigeria was alive, displaying her glory and splendour through the color and precision of her people and institutions.

On the 13th of October, 2020, I  joined young protesters at the Lekki toll-gate, who had peacefully gathered to voice their grievances against a rogue police unit that for years had killed, maimed, brutalised and oppressed the constituents they were mandated to serve. I mingled with the crowd; we spoke passionately about our expectations of a better country, we sang, danced, shared refreshments, and renewed our awareness of the deep bonds that connect us a people.

It was a fine moment. Nigeria was as alive on that protest ground as she’d been at the Eagle Square during the national parade.

On the 20th of October, unspeakable horrors were unleashed on these same peaceful protesters gathered at the Lekki toll gate. Armed men in military fatigues, who appeared to be officers of the Nigerian Army, invaded the protest ground, shooting sporadically at protesters.

As one eyewitness account put it, They were shooting at us to kill us, not to disperse us.

The young protesters huddled together, sitting on the ground, chanting the national anthem and raising the green white green flag, with hopes that it will be their defence against the invading army. Blood was spilled on the flag, as the protesters were riddled with a steady stream of bullets from the military guns.

I spoke with West, an aspiring young entertainer, who was present at the scene. He shared with me how he watched as up to four people around him were gunned down by the men in military uniform. Right beside him, a young girl begged for her life after seeing them spray her boyfriend with bullets. They shot her in response.

Nigeria was alive at the Lekki protest ground. Just as she was alive in every location around the country where her young people were rising, awakening to the power they hold and the possibilities that their beloved nation could provide them.

The attack on the protesters was nothing short of an attack on Nigeria. The evil forces who for decades have profited from dysfunctional national systems, realise that the awakening of Nigeria in these young people is detrimental to their continued looting and robbery of the commonwealth.

So they sought to silence these powerful new voices; and Nigeria bled out unto her flag.

The aspirations of these young people, who out of the dark cloud of poverty and oppression that held them captive, defied the cowardly assault of a brutal enemy, while holding on in faith to their national flag, cannot be gunned down.

Our hopes and dreams for a new Nigeria must be amplified by this massacre. We owe it to the fine young men and women whose vision of a new day was the passion that fuelled their discontent.

We owe it to Nigeria. Peace and unity.