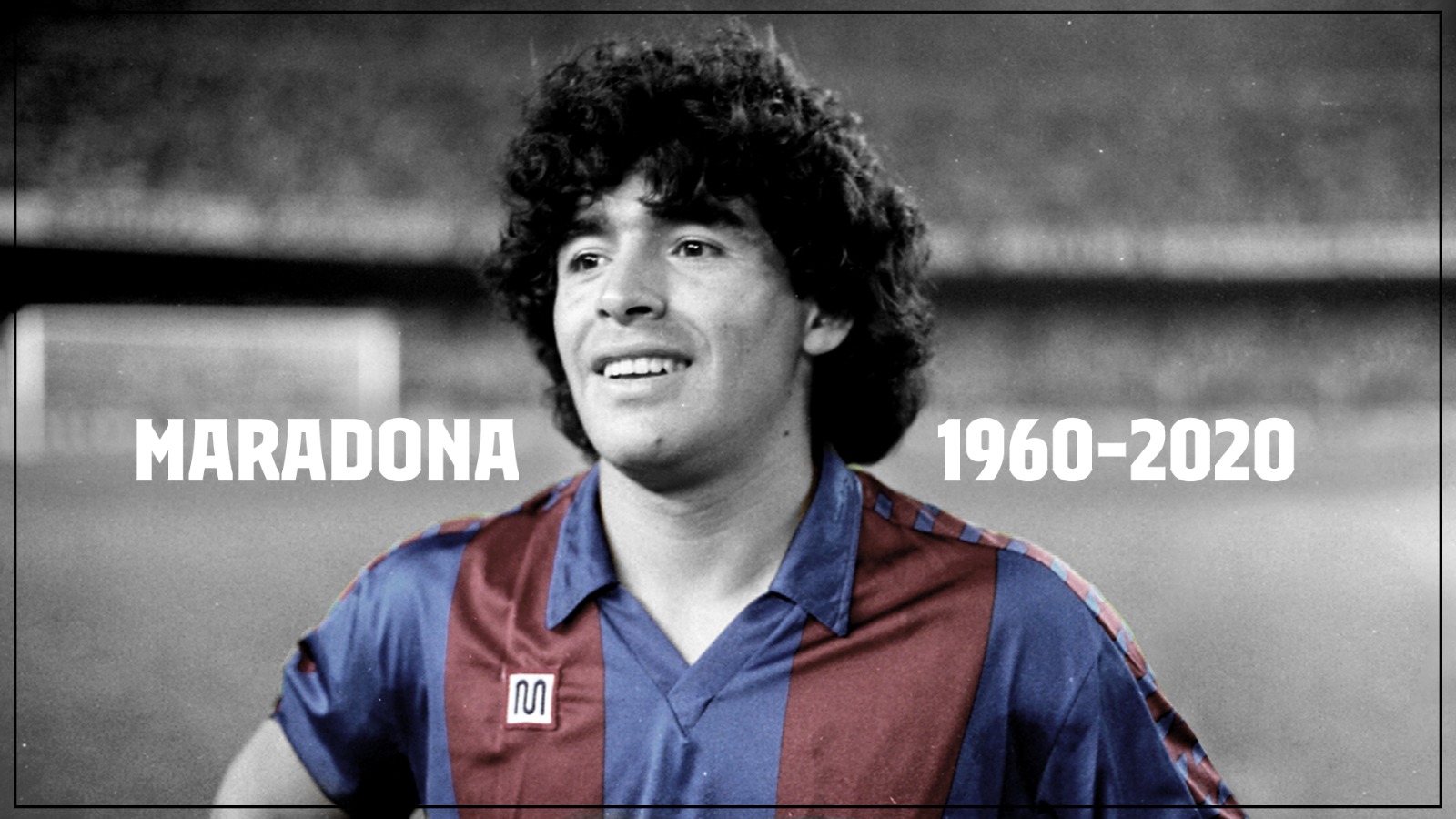 The football world was shocked when news broke that 60-year-old Argentine football legend Diego Maradona passed away after suffering a heart attack.

The football legend is widely regarded as the greatest footballer of all time. He was the inspiration for Argentina’s World Cup success in Mexico in 1986, winning the Golden Ball as the tournament’s best player. Napoli also saw the best years of his playing career.

According to Guardian, Maradona died shortly before midday at a rented home in the San Andrés gated community in the suburb of Benavidez, north of Buenos Aires. Reports say he died from a heart attack while recovering at his home from a brain operation on 3 November. “Although the operation had been successful, Maradona was reported to be suffering from abstinence from his alcohol habit”.

The Argentine FA confirmed the news in a statement on Twitter which read: “The Argentine Football Association, through its President Claudio Tapia, expresses its deepest sorrow for the death of our legend, Diego Armando Maradona. You will always be in our hearts.”

Following the news of his sudden death, many football lovers took to social media to remember the legend.

The former Brazilian president Luiz Inácio Lula da Silva paid tribute on Twitter writing: “Diego Armando Maradona was a football giant, from Argentina and all over the world, a talent and a unique personality. His genius and passion on the pitch, his intensity in life and his commitment to Latin American sovereignty marked our time. On the pitch, he was one of the greatest opponents, perhaps the greatest, that the Brazilian team has faced. Outside of sporting rivalry, he was a great friend of Brazil. I can only thank you for your solidarity with the people’s fight and with the Brazilian people. Maradona will never be forgotten.”

What sad news. I lost a great friend and the world lost a legend. There is still much to be said, but for now, may God give strength to family members. One day, I hope we can play ball together in the sky.

See other tributes below:

FC Barcelona expresses its deepest condolences regarding the death of Diego Armando Maradona, a player for our club (1982-84) and an icon of world football. Rest in peace Diego

We can only be grateful for having been blessed to see you play.
Gifted. Flawed. Genius
Thanks you, Diego Maradona pic.twitter.com/ns5i5j7of1

Football and the world of sports has lost one of its greatest players today.
Rest in Peace Diego Maradona!
You shall be missed. pic.twitter.com/QxhuROZ5a5

A hero for an entire country and football itself.
One of the greatest players to have graced the game of football, and we were lucky enough to enjoy you at Sevilla FC.
Diego Armando Maradona, forever eternal.
Rest in peace. pic.twitter.com/BXHNC51vxe

Rest in peace, Diego Armando Maradona. You are eternal. pic.twitter.com/qHN7Qc4oxa

Reports from Argentina that Diego Armando Maradona has died. By some distance the best player of my generation and arguably the greatest of all time. After a blessed but troubled life, hopefully he’ll finally find some comfort in the hands of God. #RipDiego

Cant quite believe DM has gone. Hard to process. He always seemed indestructible. I had 10 hours with the man!! I touched his left foot. We did our best to show the world the man, the myth, the fighter he was. The greatest #legend #DiegoMaradona @MaradonaMovie #Diego #maradona pic.twitter.com/4BSULN9rdt