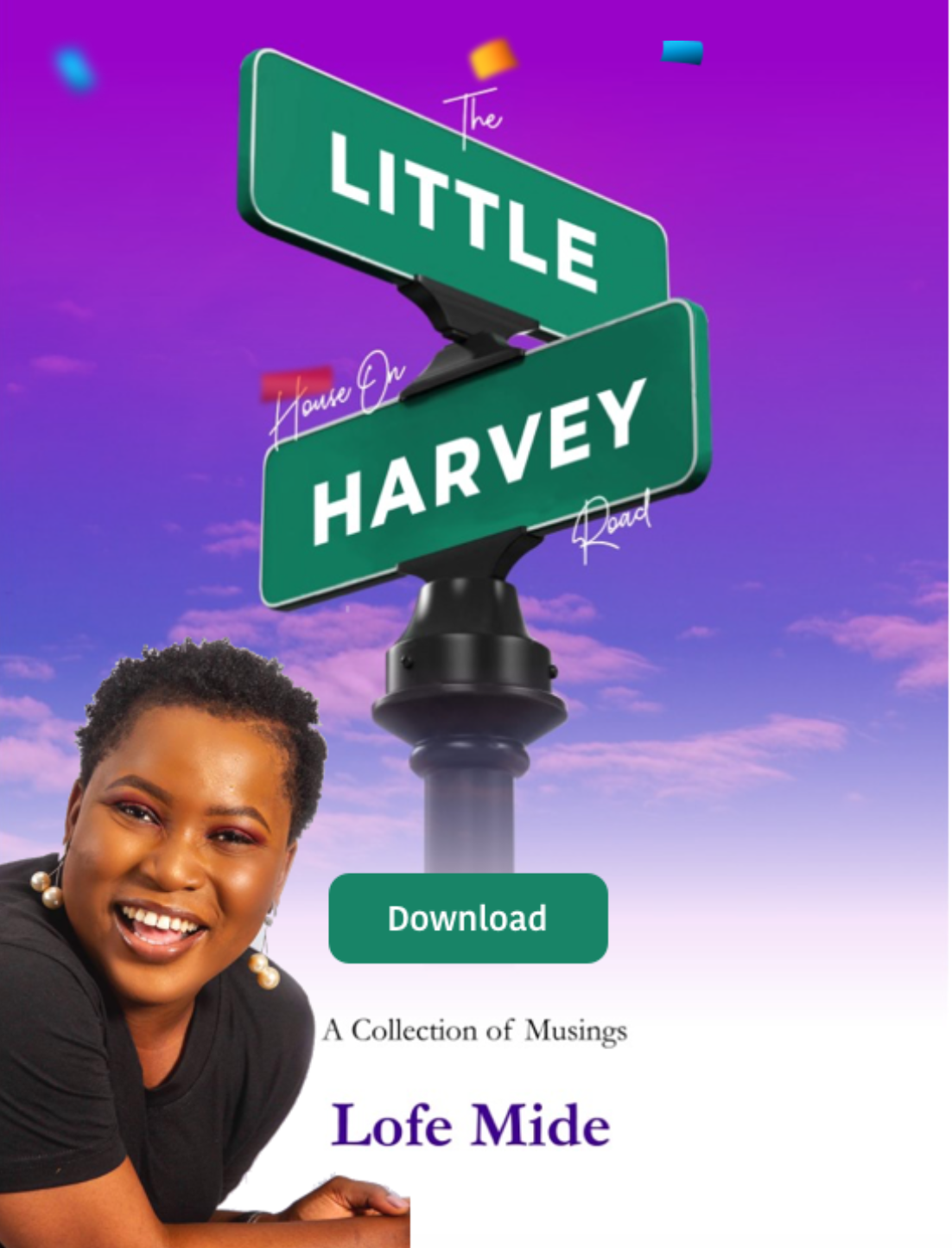 All my life, I had come to expect to see a mummy everywhere I see a daddy until we moved into our three-bedroom flat in Sodubi. The compound had five flats – four three-bedroom flats and a mini flat. We lived upstairs, next to a dear family that quickly became more than neighbours. In the first flat downstairs lived a young couple and their super cute baby. Beside them lived Baba Segun, the NEPA official whose complex family delivered consistent drama. In the mini-flat was a man who must have been in his forties, no one really knew his name or what he did. Gossip had it that he had lived abroad for years until his mother’s enemies conjured him back home so quickly he could not bring anything back. He was always in a foul mood and seemed to be offended by the mere sight or sound of children. We called him goesparking because if any of us dared to play near his window, he would come out and scream in an accent no one could place – omo wo niyen? Ma fu e ni goesparking.

Those were the days when people told their neighbours where their keys were kept and what their itinerary was. Once there was an adult at home, all the children were safe; people did not have to rush back home to receive their children. We would all gather to play in the compound until about 6 PM when memories of previously received abaras would instinctively send everyone into their flats.

Mother was okay with us playing with the cute baby and her parents downstairs; our next-door neighbour had children our age so we naturally vibed well. The only flat we were warned about was Baba Segun’s flat. Even from a distance, Baba Segun and his interesting family introduced me to the realities of several struggles that colour the world. The first one that gnawed at my young mind was the injustice of domestic abuse, especially on stepchildren. I understood Cinderella’s plight as I saw Mama Segun deal with Mabe. Originally christened Mabel, everyone called her Mabe, even the father who gave her the name. Mabe was typically the first to wake up in the compound, she would sweep the compound, wash the clothes her stepbrother and stepsister wore the previous day, and prepare breakfast before going to the public school in the neighbourhood. She had to be back by 2 pm – latest 2:30 – to make lunch before her siblings returned from school, after which she would go hawk whatever goods Mama Segun was selling at the time.

On the very good days, Mabe would perform her activities on schedule and all would be well. On other days when Mabe had rushed through cleaning the toilets before going to school or returned home without selling everything on her tray, Mama Segun would beat her until the neighbours intervened. Mabe was so slim, and clothes hung on her body. She eventually ran away one day. She left like she was going to school and instead, took the long journey to Ibadan to find her mother. Rumour had it that her life took a turn for the better at Ibadan.

Mama Segun was one of the prettiest women I have met in my life. Baba Segun married her from Togo. When his first wife could not take it, she moved on with her life, leaving her children, Mabe and Goddy, behind. Goddy – or Godwin if you are particular about pronouncing names properly – was a young man about town. He only came home whenever he felt like and would not stay long enough to witness the drama. We all called him boda Goddy and enjoyed his company whenever he was around. He would blare mi o sako mo from his rechargeable lamp cassette player and mediate in arguments that ensued from the 5-aside or tug of war games. He was also an expert at retrieving pulleys that got dropped in the compound well.

They say abused people abuse others, that could probably explain Mama Segun’s actions. Her husband never hesitated to slap her delectable yellow face whenever he felt provoked. He also did not hide his philandering, making passes at young women in the neighbourhood, especially the young lasses who had come to Sodubi to get a Polytechnic education. I remember my aunty would typically have to wait for his NEPA branded pickup to noisily make its way out of sight before heading out every day, just to avoid his incessant advances.

While Baba Segun taught me early in life that a man who replaces someone with you will eventually replace you with someone, I picked up other life lessons from watching him rule his flat. Long before my parents had the talk with me, Baba Segun made me realize that a woman has to have more to her than being a Mrs and bearing children. No matter what he did to her or how humiliating it was to have the neighbours rescue her every other day, she was stuck there. If she dared to leave, who would take care of her children? All she could do was seize the opportunity of the altercation to hurl insults at him and express her true opinions about their union. Beyond abusing his wife, Baba Segun also expressed other chauvinistic characteristics; they had a few babies while we lived there and the naming convention was predictable – if it was a boy, he would close up the compound with guests, feeding them until the night expired. If it was a girl, the pastor would come at 6:00 am to name the baby. We would only know the ceremony had held when Mabe brought homemade puff puff to our doorsteps later in the day and told us the name of the baby. The birthdays of his sons were always phenomenal too, he would make a show of spending NEPA money and feeding the neighbourhood. No one knew when his daughters had birthdays.

The Little House on Harvey Road, by Lofe Mide, is a collection of musings and it is available for download here. The download is free for the month of December.

What’s the Big Deal About Flicking the Bean?