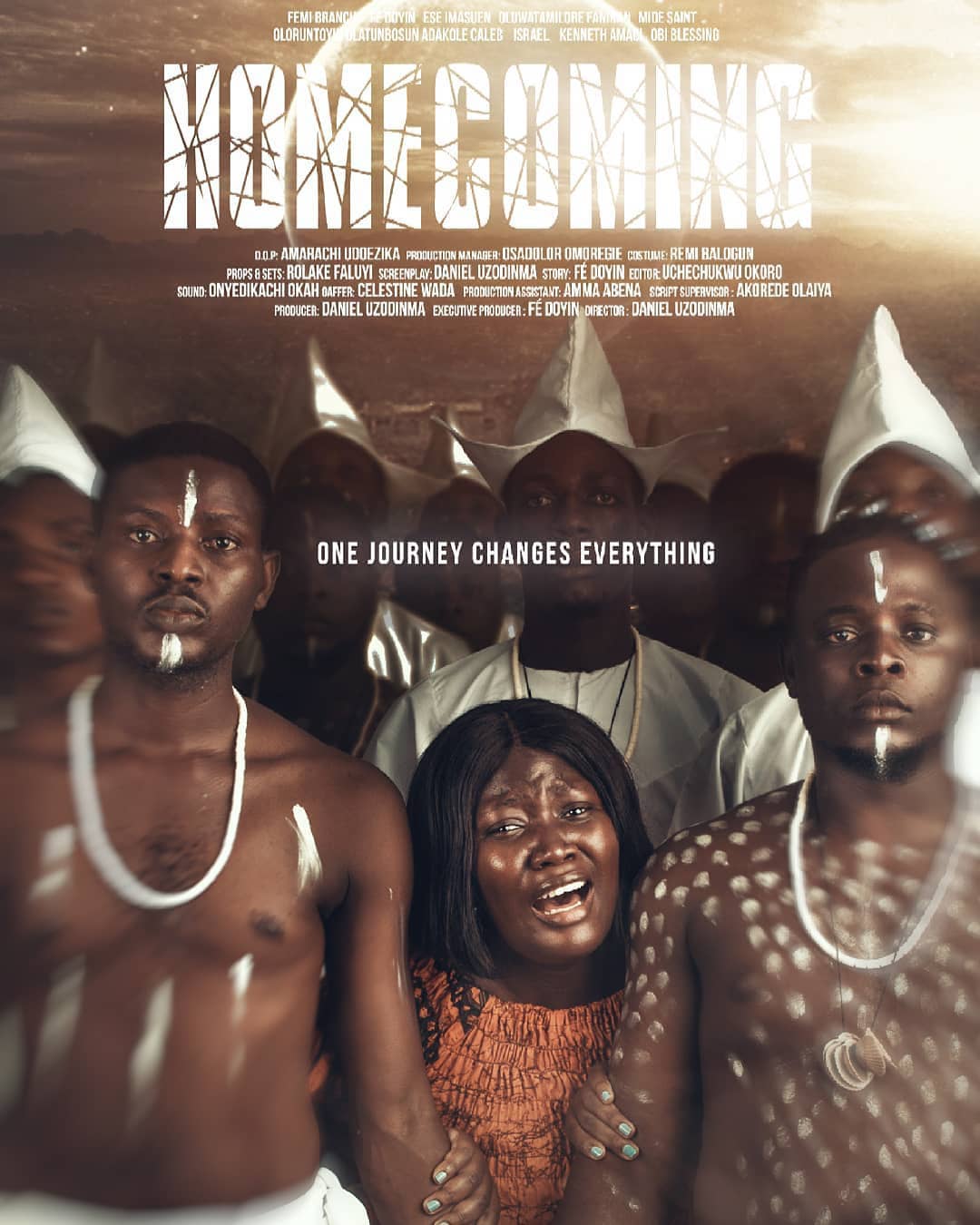 Practised across the Southern Western states, the Oro festival is a well-known event for men who are natives of the community.
Legend has it that women who see Oro do not survive, but with his short film, “Homecoming“, which follows the life of a very brilliant female engineering student who crosses path with the Oro cult.

Written, produced and directed by Daniel Uzodinma and executive produced by Fe Doyin, the short film exposes the misfortune that happens to ladies and ignorant strangers who visit some part of the western community in Nigeria when the Oro cult perform their ritual.

Kamsiyochukwu Okoro a brilliant female engineering student is denied an opportunity to represent her department at the intercampus engineering skill competition despite the fact that she is the best and only student in first class. She confronts her chauvinistic lecturer for selecting two male students in her stead but the lecturer remains adamant to her complaint and she makes a statement “Is it a crime to be a woman” which gets the lecturer upset.

Kamsiyochukwu who is still upset with this decision by her lecturer is asked to return home for the holiday after her exams by her parents but she refused because she has other academic engagements. Mr Okoro (Kamsiyochukwu’s Father) will not take this, his unquestionable insistence leaves Kamsiyochukwu with no option.

On the day of their return back home from school, they met the ORO cult. And the ORO cult is known for claiming the lives of any lady they come in contact with.

Will society take away the life of a smart and brilliant young lady who still struggles with acceptance in a male-dominated field as engineering?