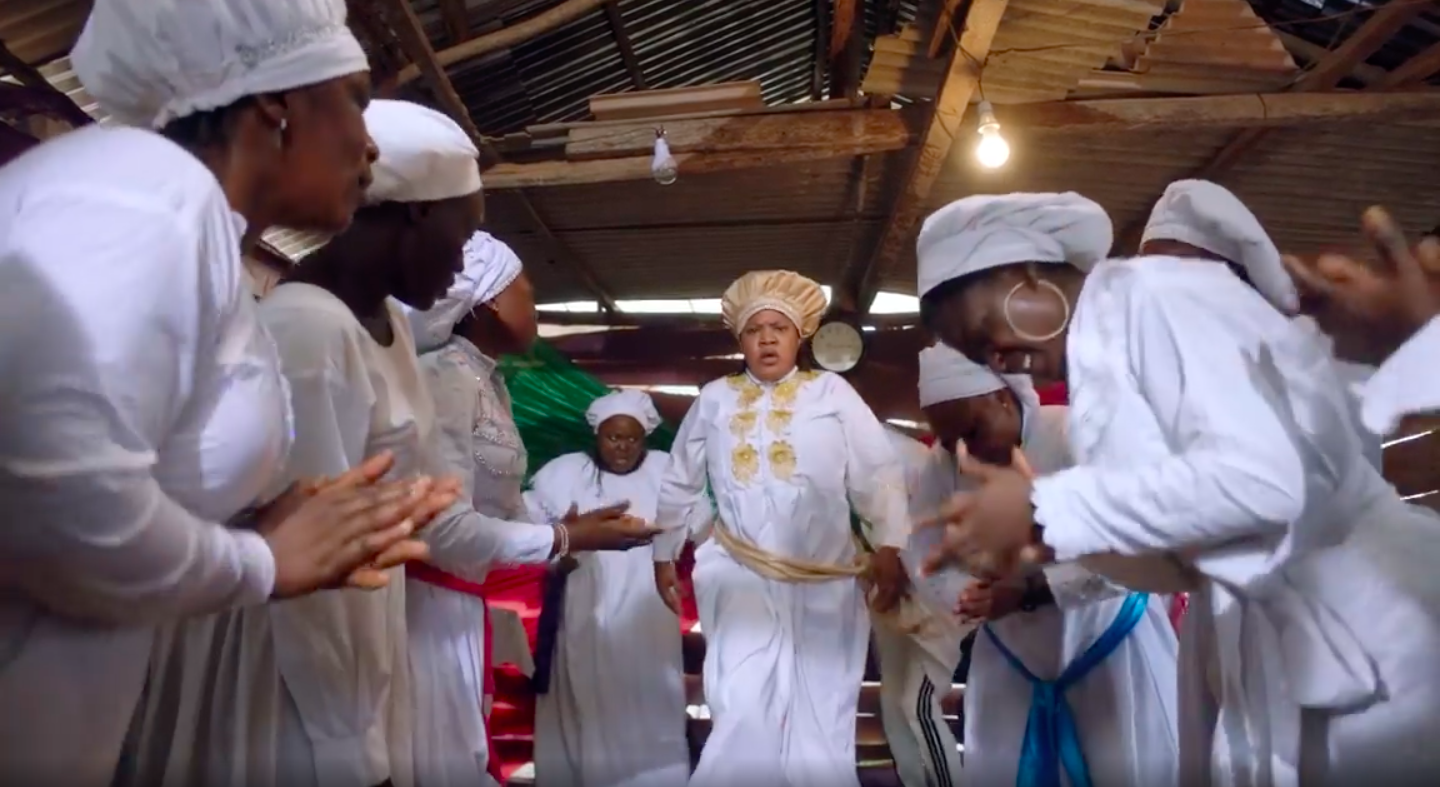 You all, prepare yourselves! The first teaser for Niyi Akinmolayan‘s “Prophe+ess” has arrived and it’s just as hilarious as you can imagine.

The dramatic teaser is enthralling, giving glimpses of what’s to come and the drama that will unfold. It tells the story of a prophetess who makes a prediction about a football match, which lead to a series of events beyond her control.

Talking about the forthcoming project which will premiere in cinemas nationwide on March 26, 2021, the director of the film, Niyi Akinmolayan writes:

During the Elevatorbaby screening at Abeokuta last year…I saw hundreds of people literally pushing on each other just to see @toyin_abraham some people travelled from osogbo and Akure with their families. All they wanted was to touch her and take photos and tell her how much they loved her. I had never see anything like that in all my time hanging around celebs but it gave me an epiphany!! This is a woman of the people!!

So I whispered to Toyin’s ears…”I have found a new film for you…and it’s going to be big and you will be a prophetess” she smiled and said bring it on.

The best part of the process for me was that I had to overcome ten years of laziness and fear to start writing back again!! Luckily I finished the script just before the lockdown. It’s the most tedious thing I have ever done as a filmmaker and I will show you all a teaser tomorrow. #prophetess is a very important film this 2021 and make sure to check it in cinemas when it comes!!! I’m going to be sharing a lot about the process as we go on.