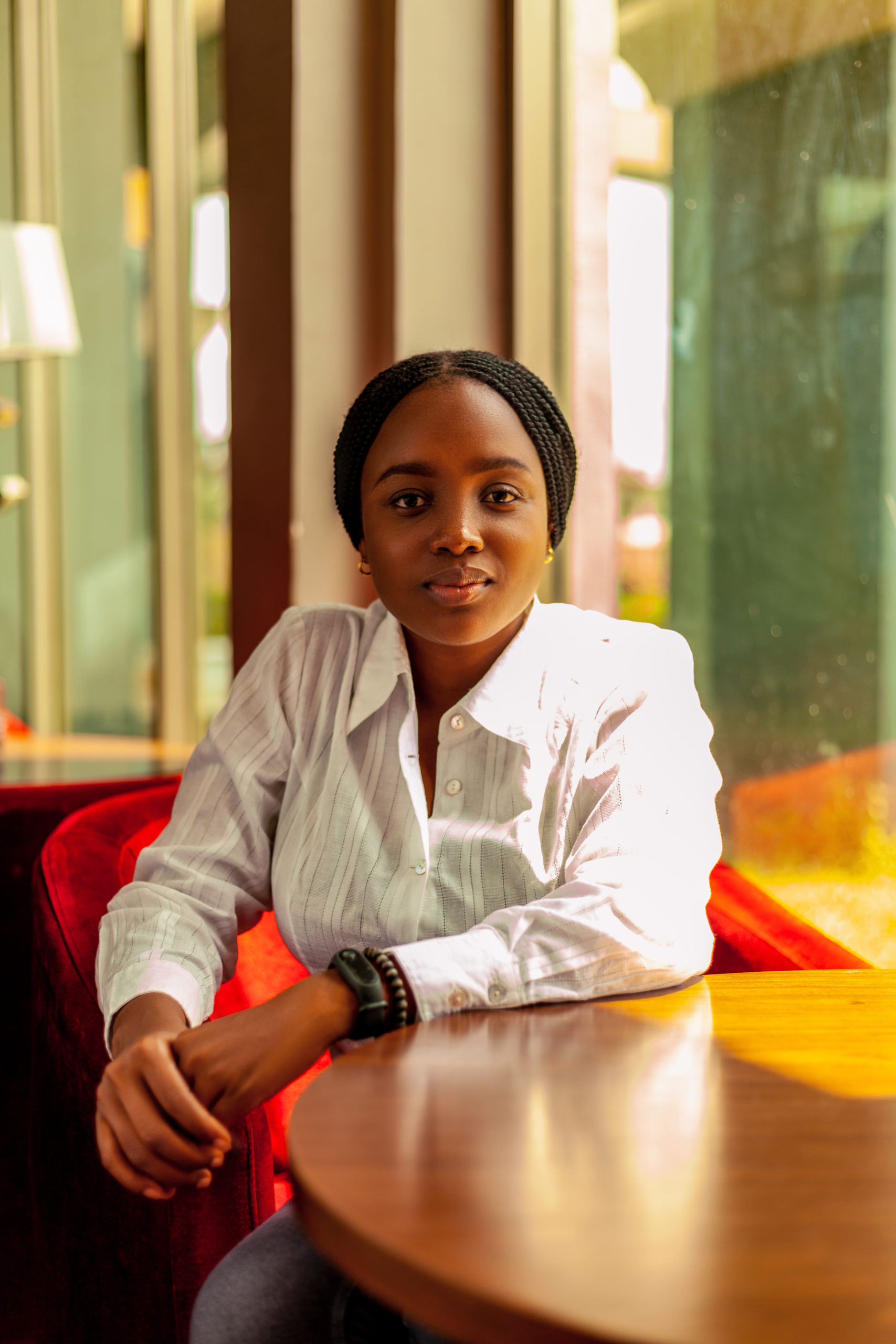 On April 13th, 2021, a friend invited me to speak to her team members on how best they could grow their social media platforms. There, I shared a few things I’ve learned while working at BellaNaija.

In that class, I randomly said I was going to have a class to teach on writing for social media. Now, this was a very random thought; I hadn’t really thought much about it. To my surprise, all four people said they were going to be a part of it.

From that conversation, I started planning to host The Writing Class 1.0 because I didn’t have much of a choice – my friend’s team members were on me to know when the class would start so they could register.

Let me share a few things I learned while planning The Writing Class 1.0:

I think a lot of us have many plans that have never come to fruition because there was no timeline. Someone once said that to do a wedding all you need to do is to fix a date, and that’s absolutely true.

I believe that if I had not fixed a date that was also publicly communicated, I would still have the writing class as an idea in my head waiting to be executed at the right time and we would not have all the awesome feedback we had. 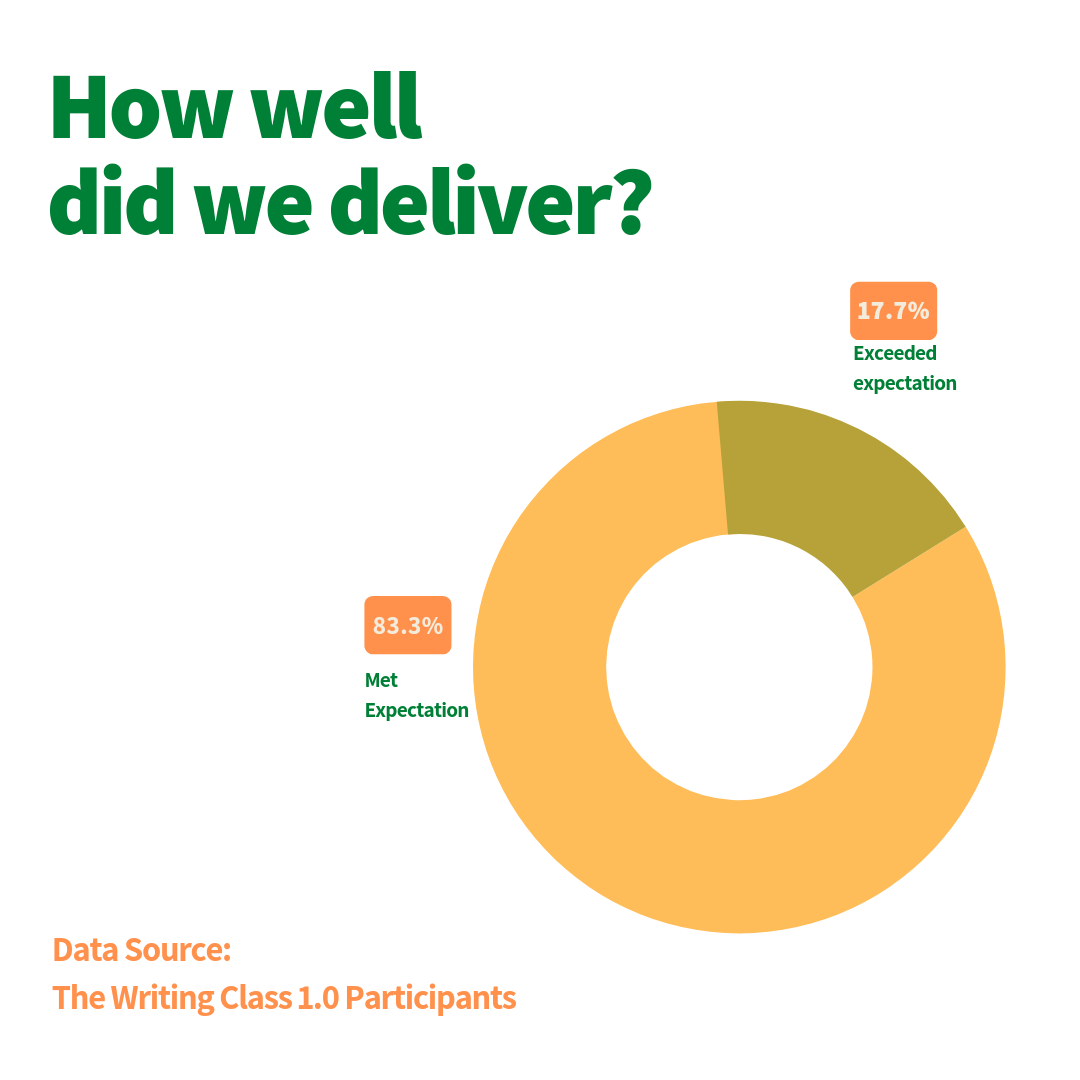 Don’t forget, “someday” is not a day of the week.

Overthinking ideas is another reason why they never get executed. There’s an adrenaline that comes with a new idea and, in my opinion, it’s best to maximise that adrenaline while it is there.

By spontaneity, I don’t necessarily mean running off to execute an idea just because it feels nice, I mean not doing too much research that you eventually stall. Except, of course, when it is a high-risk project.

This is what worked for me for The Writing Class 1.0, once an idea came, I ran it through some people and pushed to execute immediately I got positive feedback from them. My limited time frame of 2 weeks of planning also worked very much in my favor.

When an idea or opportunity shows up, how do you decide to go ahead with it? That process of decision-making is what I call idea validation. Because a second and even third opinion is usually very helpful.
For The Writing Class 1.0, here are 3 levels of idea validation I used:

“Every purpose is established by counsel: and with good advice make war” – this is absolutely true.

Rose Uname, who was my former team lead at BellaNaija, was a tester for any idea or suggestions that came to my head, she gave constructive feedback, negotiating tips, and even encouraged me to walk away from a certain partnership offer that would not serve the brand’s image in the long term.

Another repository of great advice is books and articles, so when I stumbled into an excerpt of Prof Olee’s book that encouraged business leaders to not just capture value but to create value, I knew I had hit a gold mine.

Initially, the target audience was 100 participants, but after going through that book and considering the training platform (WhatsApp), I decided it was best to reduce the number of participants to 25.

We always say maximize your network, I believe it is so true. From professional counsel from Rose to getting speakers to free PR from friends and free PR from BellaNaija, it was a true tale of leverage. What’s best? This free PR from family, friends, and colleagues actually brought results. 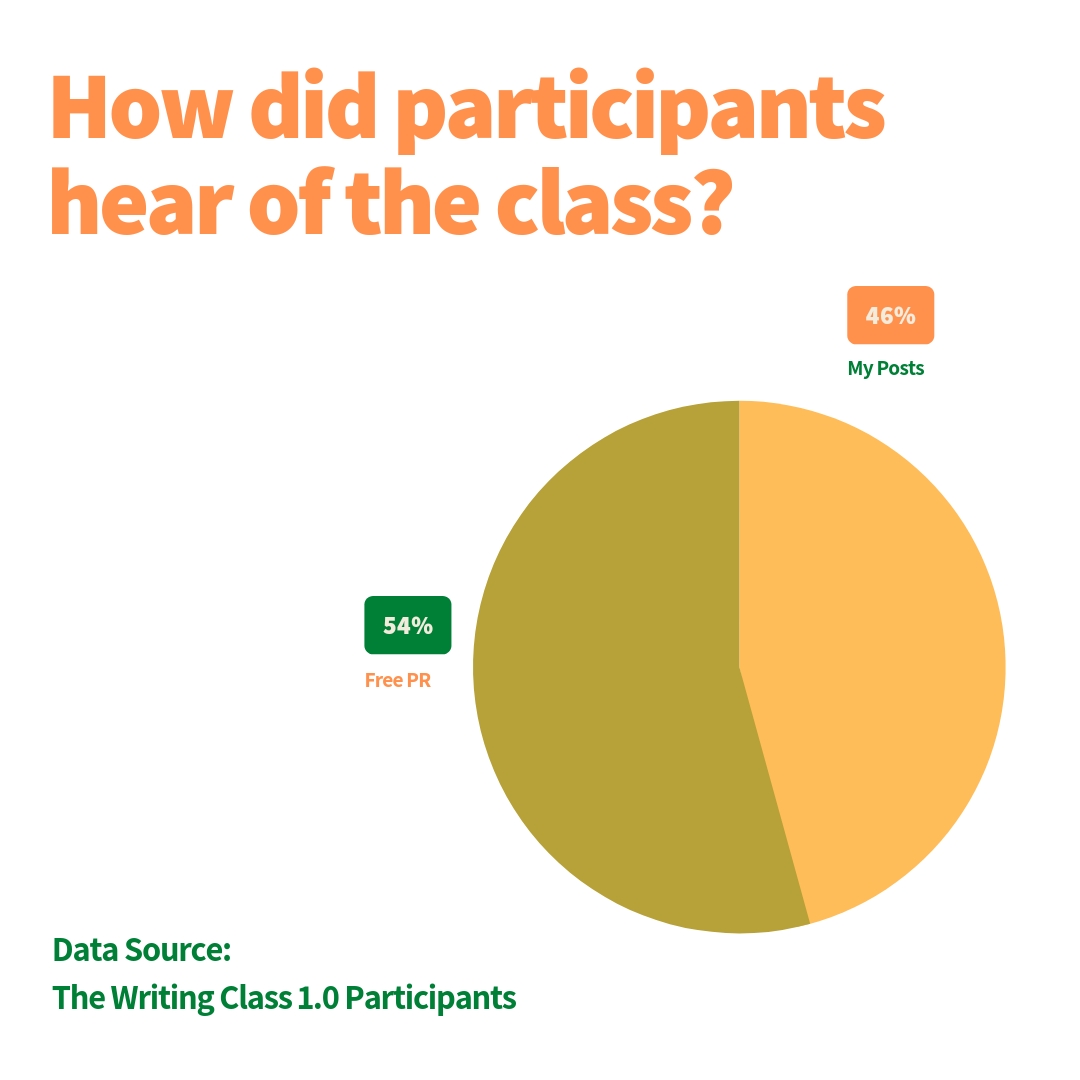 Sometimes we are scared of talking about our ideas to those who can help us because we feel they may not be interested or they may turn us down, I’ll just say talk. For me, getting BellaNaija’s Ik Nwosu to facilitate a session at The Writing Class 1.0 was far beyond my reach, however, when I shared the idea with everyone in the office, he was happy to come on board. Guess what, once I had that, I leveraged it to get Zikoko’s Toheeb to facilitate a session.

Ensuring that people followed the due process for registration was also a huge part of the success lessons I learned. Taking stock of everything, reposts, registration, cash flow, and so on, are also very necessary. The best part is it will even help keep you accountable.

It’s okay to start as one person, you can get a team along the way but start now that you still have enthusiasm. Just do it.

An aside, but I’ll like to add that BellaNaija’s support on this project was super amazing! From free posts to gassing me up and much more, BN is a great place to work and the team is ah-mazing!