Lagos Through the Eyes of a Danfo Driver 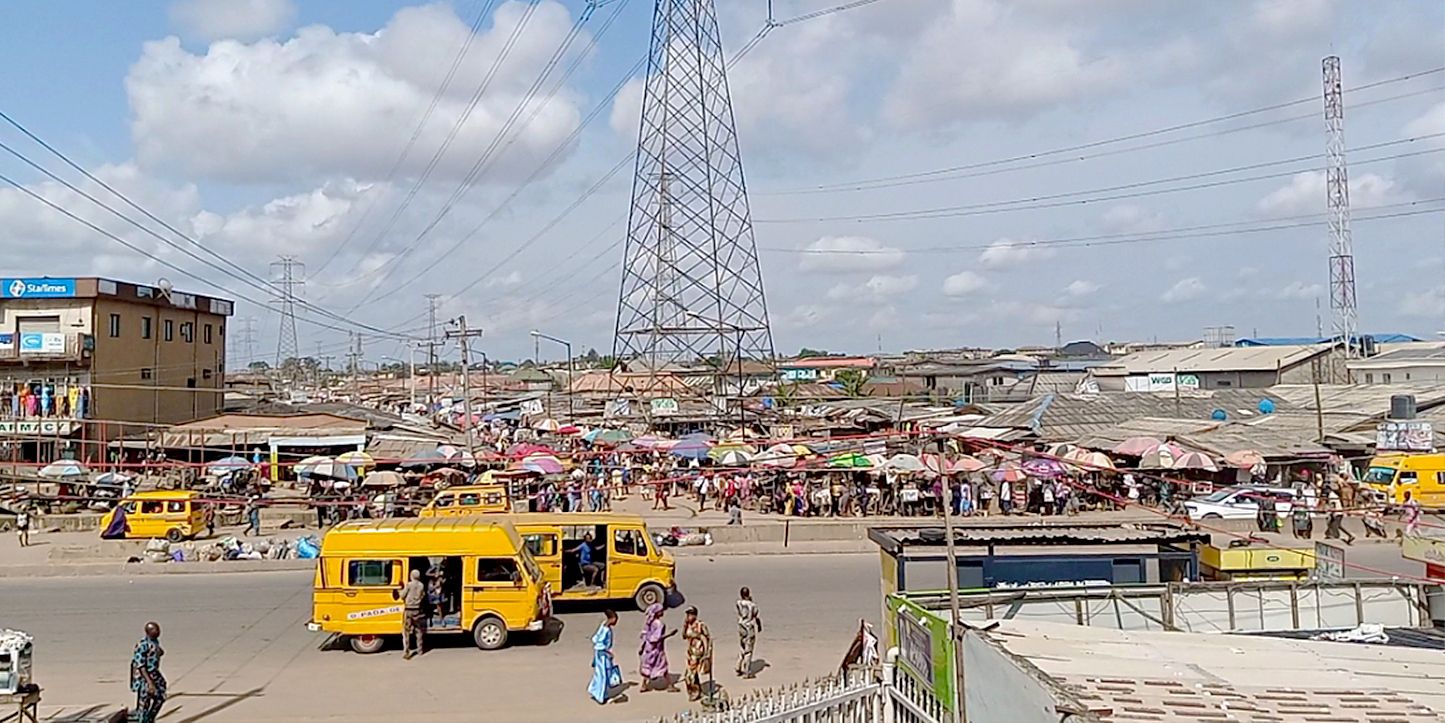 For decades, Danfos have been the bane of Lagosians. As though resigned to their fate, the city’s commuters hate to love them. In the humid, crowded and noisy metropole that is Lagos City, the Danfo – which means “Stand out to fly” in the local Yoruba dialect – not only rule but stand out, each recognisable thanks to their ingenious designs spiced up with bold, provocative and irritatingly inviting graffiti.

“No King as God,” and “No condition is permanent,” are some of the popular phrases screaming out from the yellow and black-striped bodies of Danfo buses — refurbished, second-hand buses (usually a Volkswagen Vanagon or Nissan Urvan) plying the streets of Lagos. The interior is usually redesigned with wood and iron seats fixed to accommodate four or five rows of five people, depending on the size of the bus.

For the uninitiated, the phrases on the buses could be meaningless but they are carefully chosen; they tell the character and persona of the owner. If he walks with a swagger, chances are the graffiti inscription on his Danfo is Ola enu kan, omo Iya (One love, my kin). If he’s (most are men but there are some women owners) level-headed and conservative, a phrase like Suru lere (patience is a virtue),” is what you’d likely see.

For Micheal Oni, a driver and owner of several Danfo buses plying Lagos roads, the stickers on his bus are a sign of his faith.

“I have ‘In Jesus Christ, fire!’ and ‘Blood of Jesus’ written on my bus because I am a Christian and whenever I go out, I want God’s protection on me,” he says.

Oni, who goes by the moniker, “Professor”, at the Mushin bus park, Lagos, entered the public transport business as a driver in 2015 after six years of joblessness. Pennilessness, he had been laid off from the Nigerian Bottling Company, a franchise of the Coca Cola company, in 2009. For him, this was the only option to make ends meet in the tough city life, but he soon discovered it could be a lucrative business – and a lifeline for many. 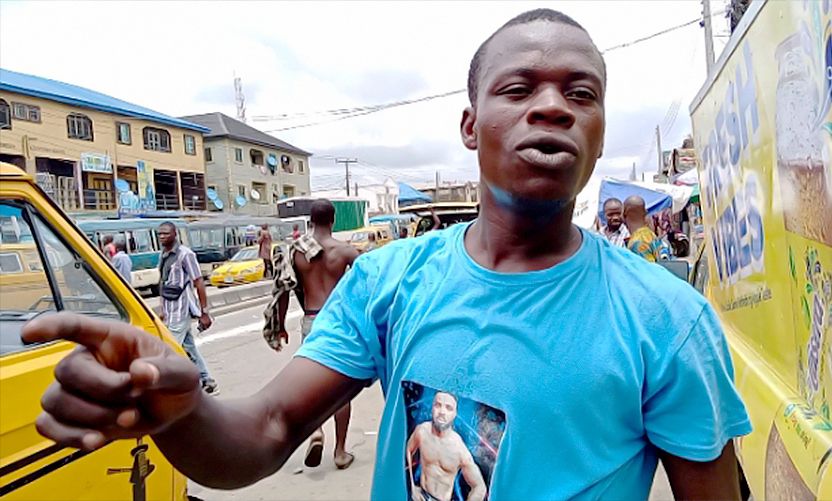 And Oni made a conscious decision to plunge into it! Though the challenge was the start-up capital, he embraced the adage “where there is a will, there is a way”. In his case, he opted to get a Danfo on credit, through a hire purchase scheme.

And looking back now, Oni, who is proud of being self-employed, says it was worth the risk.

“I became a Danfo driver because I needed to be self-employed. I believed it was the only business I could do without the fear of being retrenched again. Since I joined the transportation business, I have had enough money to take care of my family, and many people benefit from it. One can easily make N3,000-N5,000 (7.20-12 US dollars) daily as a Danfo driver, that’s higher than the daily wages of many employees at some companies,” he adds.

Oni, however, says it has not been all a smooth ride; it has – like other informal businesses – many ups and downs. One of the biggest headaches is the scourge of middlemen.

“I have been in this business for six years. I have several buses on the streets of Lagos and the drivers remit payment to me weekly. But the only way to make it in this business is to be in the business. This simply means that you have to be a driver too, like me. You get to be at the pulse point of the operations. When a driver misbehaves (stops remitting payment regularly or gives too many excuses), I sell off the bus on hire-purchase. That’s the only way to survive and make profits,” explains Oni.

What about the graffiti on the Danfos? Well, one of the touts at the Mushin bus park explains that in this cut-throat business, it is not only about identity and branding, but a way to catch the eye of the commuters. 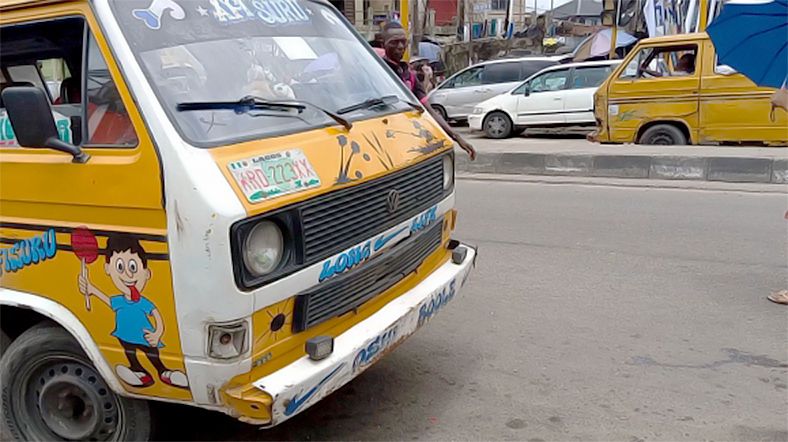 “No matter what a passenger forgets on this bus, even if it’s an iPhone, you’d be sure to get it back because you can easily track the bus to the park or the bus stop where you got in. The driver would hand over your belongings to you if you prove that they’re yours, “stresses Ijoba Samado, a bus conductor, adding that; “the ‘Afisuru’ graffiti is on a lot of buses in Lagos, and different artwork accompanies it”.

But Samado is unhappy with the negative stereotypes associated with operators in the Danfo business, saying most are just struggling to earn an honest living.

“Of course, they are those who give the industry a bad name, but being a conductor does not mean I’m a thief. I’m in the public transportation business. I work legitimately for a living. I’m a bus conductor, I drive trailers, too. I use the money I earn to take care of my family,” he says.

The Danfo business has been evolving and embracing a new culture that reflects the dynamics in society. And one of those discernible changes happening, albeit gradually, is a decline in the iconic graffiti.

According to Oni, aka Professor, the entry of more educated people into a sector that has hitherto been the preserve of the less-educated or school dropouts is bringing a more structured business attitude with a customer-care approach.

However, an official of the National Union of Road Transport Workers (NURTW) in Iyana-Ipaja, who spoke on the condition of anonymity, begged to differ. 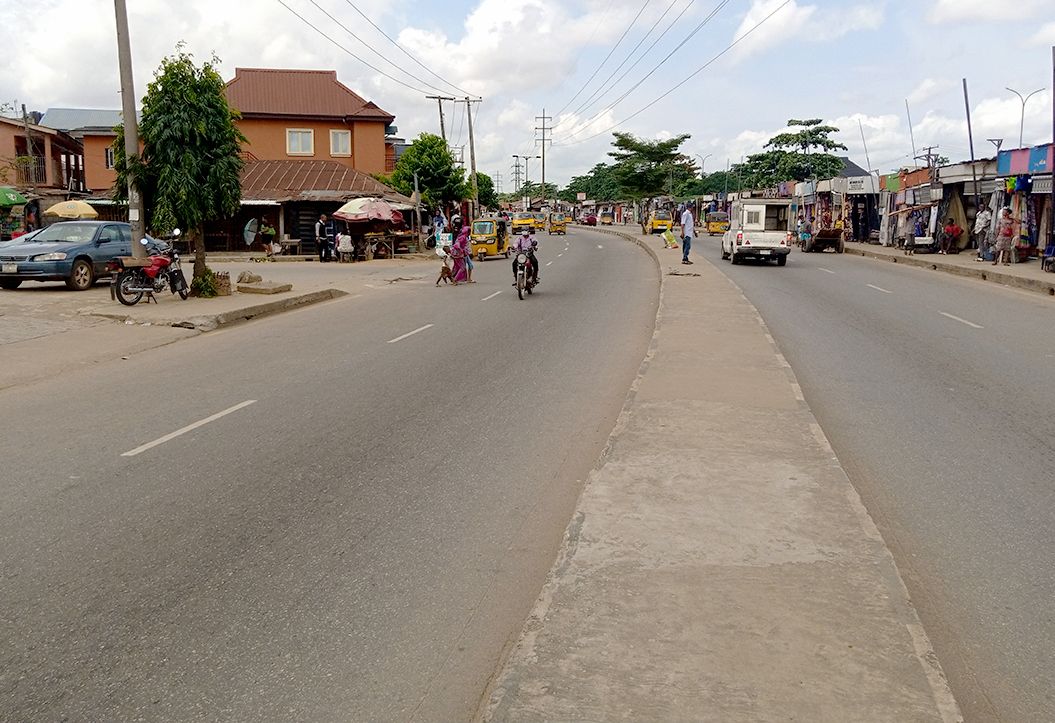 According to Dapo (real name withheld), the change is being forced by a crackdown on graffiti by the Vehicle Inspection Officers (VIOs).

“The VIOs disturb the drivers. They said they don’t want to see inscriptions on Danfo anymore. The government is trying to emulate other countries with uniformed buses but that is not our culture,” he says, adding that it will affect the identity and creativity in the sector.

“The graffiti signify a nickname, a proverb or life lessons. The man who wrote Afisuru on his bus is showcasing a Yoruba word that means he had patience before he could achieve his goals.

“Some religious bus owners would inscribe ‘Psalm 24: ti oluwa ni le (God owns this land)’ across their bus. Others prefer Ese oluwa (God’s work) while others will use slang words like Mafo (don’t be overwhelmed) on their buses,“ adds the unionist, who warns against the crackdown on Danfo graffiti. 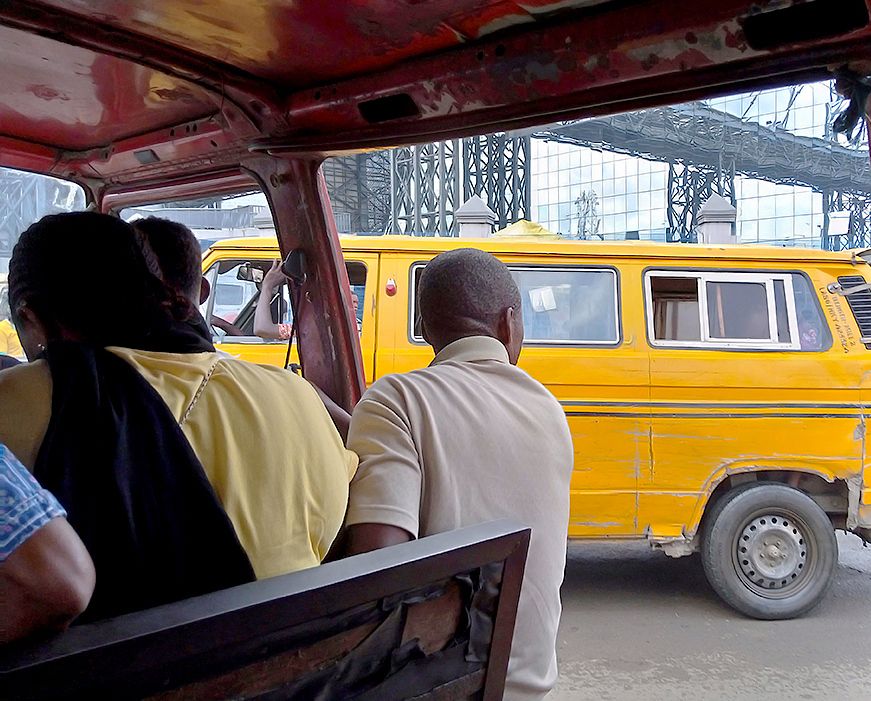 Dapo, who grew up in the transport sector after being influenced by his father at a young age to join, says some bus owners with a fleet of Danfos use the inscriptions to identify them for ease of monitoring. He points to the Danfo business as a way of life, one whose intricate ins and outs are learned over time.

“I’ve always been a transporter. Before I became a union man, I inherited the transportation business from my father. I’ve been active in the industry for 50 years, and I survived by abiding by whatever condition I find myself in. I didn’t go past Primary one in my formal education, but I’m confident that being in this business for 50 years qualifies me to be more than a professor in my field. Even the intellectuals with their educational background need people like me in the industry. Recently, a lecturer came to get advice from me on how to survive in this business. People pay me for my ideas,” he adds. 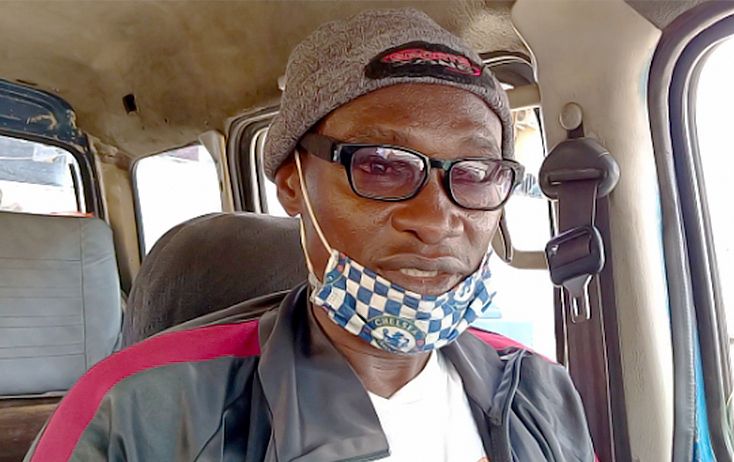 On why the Danfo bus fares change frequently, even within a day, Dapo says the price is dictated by demand.

“Our prices depend on the mood of Lagos and the commuting time, but we’re still cheaper than the LagBus (BRT). A LagBus will consistently cost N200 (0.48 US dollars) for some routes, but a Danfo will charge N50 (0.12 US dollars) for that same route in the morning and N150 (0.36 US dollars) at night. Which is cheaper?” he asks. 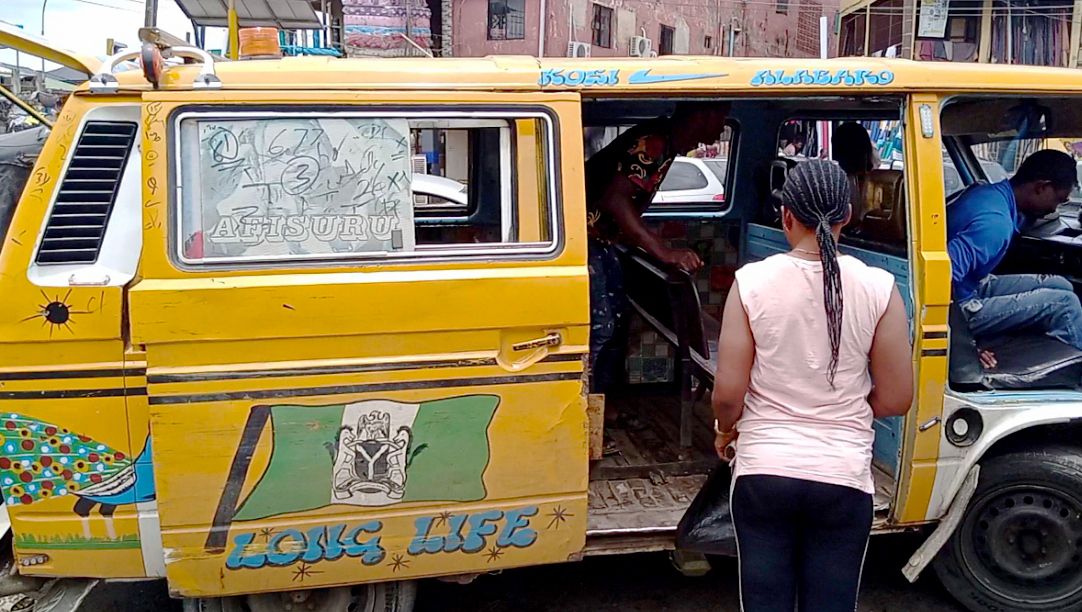 “The character and operations of a Danfo are two sides of the same coin. One is the attitude towards the passenger. The other is the life of the business. Danfo became the street name for the Volkswagen Faragon (Vanagon) in the 70s and 80s after Molue phased out and I don’t see Danfo going away. It’s become the heartbeat of Lagos.”