6 Things President Buhari Addressed in His Interview with Channels Television 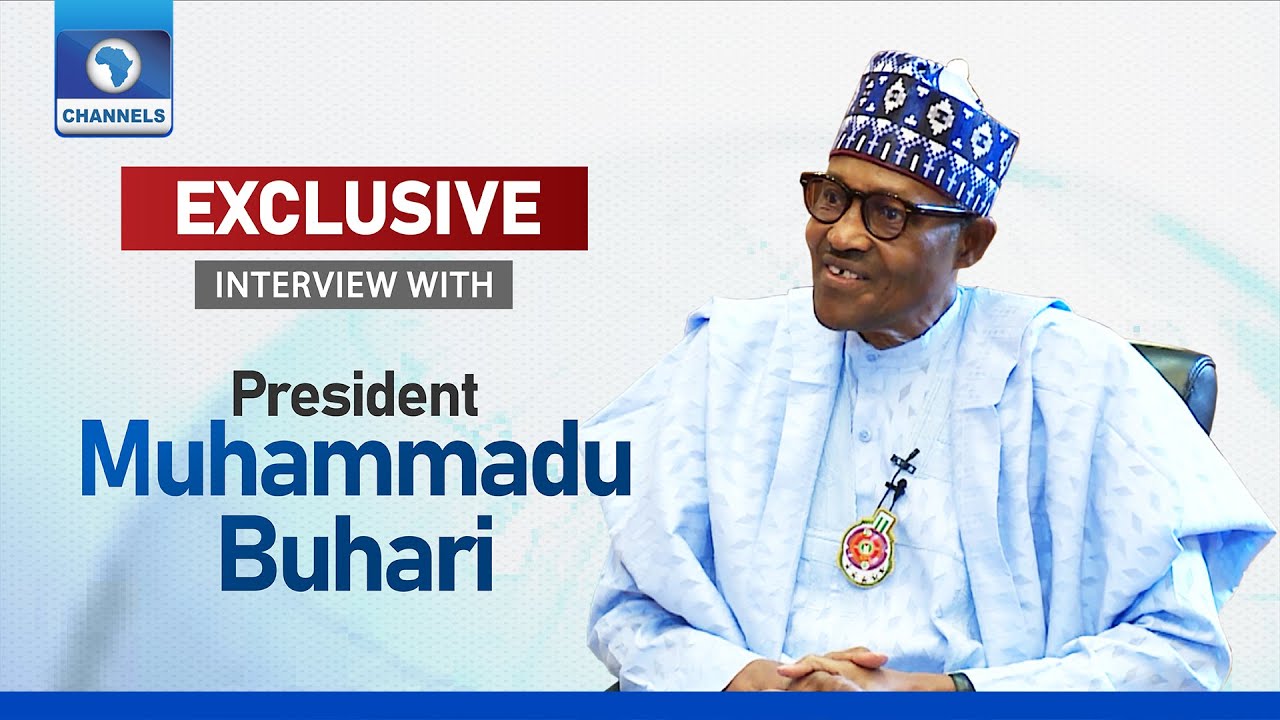 President Muhammadu Buhari had an exclusive interview with Channels Television as he spoke about several burning issues in the country, including security, economy, politics, among others.

He also touched on the trial of IPOB leader, Nnamdi Kanu, the Chinese loans secured by his administration, the poor state of power supply, and the condition to sign the Electoral Act Amendment Bill, and other critical matters affecting the people of Nigeria.

On insecurity in Nigeria:

I think you can recall that when I was campaigning in 2015, there were three fundamental issues; security, economy, and fighting corruption. And for Nigerians to be fair to this administration is to try and find out from the time we won the election in 2015 to now, in the three promises we made in improving security, improving the economy and trying to fight corruption. Securing the country in the Northeast. If you ask anybody from Borno state from Yobe state from Adamawa state there were several local governments, about 18 were in the hands of Boko Haram. None of any local governments now is strictly in the hand of Boko Haram or ISWAP. In that respect, we have done something.

The economy, don’t forget, and I challenge so many people to go and check with the Central Bank, or NNPC the production from 1999 to 2014 was 2.1 million dollars a day average production, at the average cost of a hundred American dollars per barrel. When we came, somehow the militants were unleashed in the South-South, and production went down to half a million dollars a day. And I think by a fabulous coincidence, the price again collapsed to about 37 dollars per barrel, but look at what we did, within the time frame and the resources available to us relative to the government we inherited from.

On the 2022 budget which was recently signed into law:

My confidence that we can successfully implement the budget was because in most houses our party is leading, it’s the APC party and the leadership. Look at the senate president, he was in the house of representatives, I think for two or three terms before he went to the senate.

On pardoning the leader of The Indigenous People of Biafra (IPOB), Nnamdi Kanu:

Nigerians know that I don’t interfere with the judiciary. Let him be listened to. For those who are saying that we should release him, no we cannot release him.

There is a possibility of a political solution; if people behave themselves, all well and good, but you can’t go to a foreign country and keep on sending incorrect economic and security problems against your country and thinking that you will never have to account for what you have been doing. Let him account for what he has been doing.

There is one institution that I wouldn’t dare interfere with – that is the judiciary. Kanu’s case is with the judiciary, but what I wonder is when Kanu was safely in Europe abusing this administration and mentioning too many things, I never thought he wants to voluntarily come and defend himself on the accusations.

So, we are allowing him to defend himself in our system, not to be abusing us from Europe as if he was not a Nigerian. Let him come here to us and then criticise us here.

Loans from the Chinese government:

We take that (loans) where it is necessary… we got the Chinese to help us in the rail and the roads, how can we turn that down? If we had turned that down maybe between Lagos to Ibadan, you will have to walk. So, the Chinese are welcome, anybody that is prepared to come and help us and our infrastructure to do the roads, the rail, and power will be welcomed.

Speaking to the Nigerian Youth on Education:

I wish when they go to school when they work hard when they earn their degree; they don’t do it thinking that government must give them jobs. You get educated because an educated person is certainly better than an uneducated person, even in identifying personal problems.

Education is not just meant to hang on to the government to give you jobs and then what the colonialists indoctrinated in us to believe – have a car, have a house, start work by 8:00 am, and close by 2 pm.

On assenting to the Electoral Act Amendment Bill:

Asked if he will sign the bill if the lawmakers include the options of consensus candidate and indirect primary to the mode of selecting a candidate for an election:

“Yes, I will! I will sign.” There should be options, you can’t dictate to people and say you are doing democracy. Give them other options so they can make a choice.