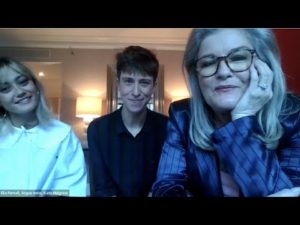 Star Trek is going into a new future with Prodigy, its first-ever computer-generated animated series.

In this conversation with BellaNaija’s IK Nwosu, the voice actors, Kate Mulgrew, Angus Imrie and Ella Purnell talk about preparing for the roles, recording the scenes, and lessons kids will pick up from the show.

Star Trek: Prodigy began streaming on Paramount+ on October 28, 2021. After the series was complete, it began airing on Nickelodeon on December 17