BN Book Review: Bridges Are For Burning by Bina Idonije | Review by The BookLady NG 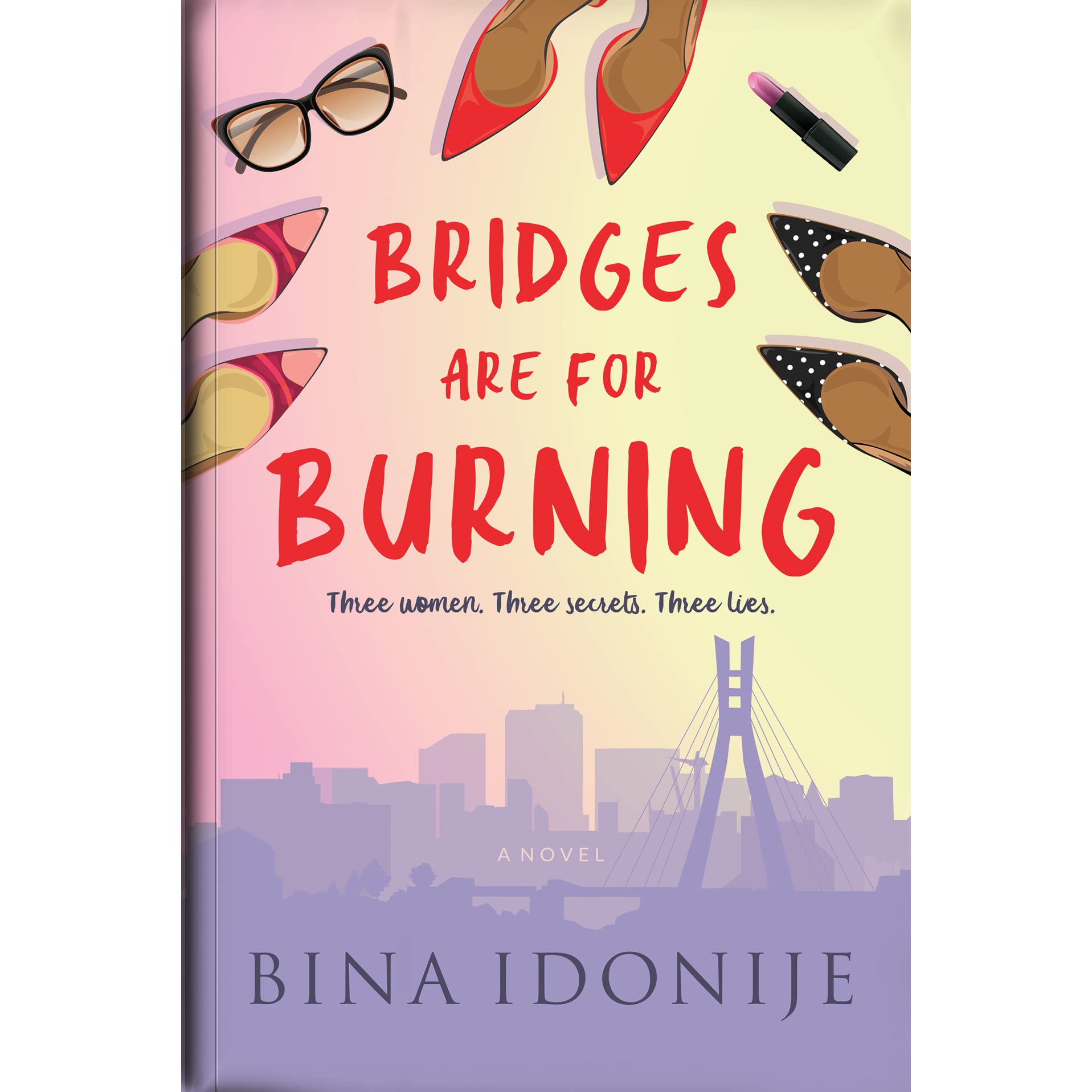 You are best friends with a woman who turns heads wherever she goes, and you’ve been friends since childhood. Most of your childhood and well into adulthood, you try to fade into the background whenever you’re together and this does nothing for your self-esteem. The dynamics of your friendship rest on the notion that the most beautiful one gets the best of everything including boys. You find yourself at a crossroad when something she holds dear becomes available to you and every bone of desire in your body wills you to take it. Knowing fully well that there’ll be no going back when you take the plunge, you settle for burning the bridges.

Burning bridges was used literally at a time in Rome to describe a practice in Roman warfare where bridges were destroyed in order to stop the enemy from fleeing. Other times, the bridges were destroyed behind the Roman armies in order to leave no path to retreat. This meant that the armies had to fight to the death, or to victory. The prevalent narrative here is that there is no going back. The decision to burn the bridges ends in two ways: victor or vanquished. In recent times the term has been modified to represent committing oneself to an irreversible course of action while totally eliminating the possibility of return. This is exactly what Gigi does in the novel Bridges are for Burning.

Gigi’s story is a typical example of how just one night of drunken passion can alter history and level the foundation of friendship. In Gigi and Alana’s case, their friendship regardless of how long it has been cannot really boast of a solid foundation. Alana wears her beauty like a parade and does not lose a chance to berate Gigi for her looks in the name of mindless banter between friends. These subtle jibes never go past Gigi and they somehow influence her thoughts. She finds herself craving as much attention as Alana gets. She wants to be desired like Alana and subconsciously longs to be seen first before Alana whenever she’s in her company. The irony of this is that on the day Gigi becomes seen the way she really wants to be seen; Alana is not even there. If she is, Gigi might as well be a wallflower.

Aside from exploring the friendship between Gigi and Alana, the story illumines the marriages of Fifi and Alana. Fifi marries at a young age to a very wealthy man, but the marriage soon turns sour with all the despicable things she begins to experience. A typical representation of some marriages where the husband thinks of the wife as a possession, something purchased and owned not someone to be loved and respected. As fallible humans in need of love, attention and validation, it is important to drift towards where those needs will be met and if that place is in the arms of a younger lover, who will be the judge?

Alana’s marriage to the handsome Benji is founded on secrets too. And when characters do appalling things, it is only a confirmation of what humans are capable of in our current age and time where worst or similar stories have made it to popular blogs.

The drama in Bridges are for Burning will keep you turning the pages and wondering what inspired the complexity of the characters. The theme of female friendship is deeply explored and represented. While platonic friendship amongst women have been known to be fickle and never ridden of pettiness, we see the worse form in this book. May we not be friends with our enemies.

Suspense hovers throughout the story. Readers will find themselves asking, what did Gigi do exactly? What is the magnitude of this betrayal? But nothing happened, or did it? What is Alana afraid of? What is the root of this absolute distrust of her husband? What will Fifi’s husband do when he finds her out? For a debut, Bina Idonije weaves this story to near perfection. It does tick all the boxes of an intriguing story as there is little chance, you’d have envisioned the ending.

I like how Bina portrays each character, especially these three women. Each of them with their unique flaws and yet overflowing with strengths. Though successful, they make hard decisions regardless of how society might perceive them, and they make these decisions with everyone else but themselves in mind. This doesn’t excuse some of the paths they tread, but it only reinstates their fallibility as humans and as women navigating their lives as it is.

Related Topics:The BookLady NG
Up Next

#BNCreativesCorner: Through His Works, Kwame Akoto-Bamfo is Creating a Repository of Our History and Heritage