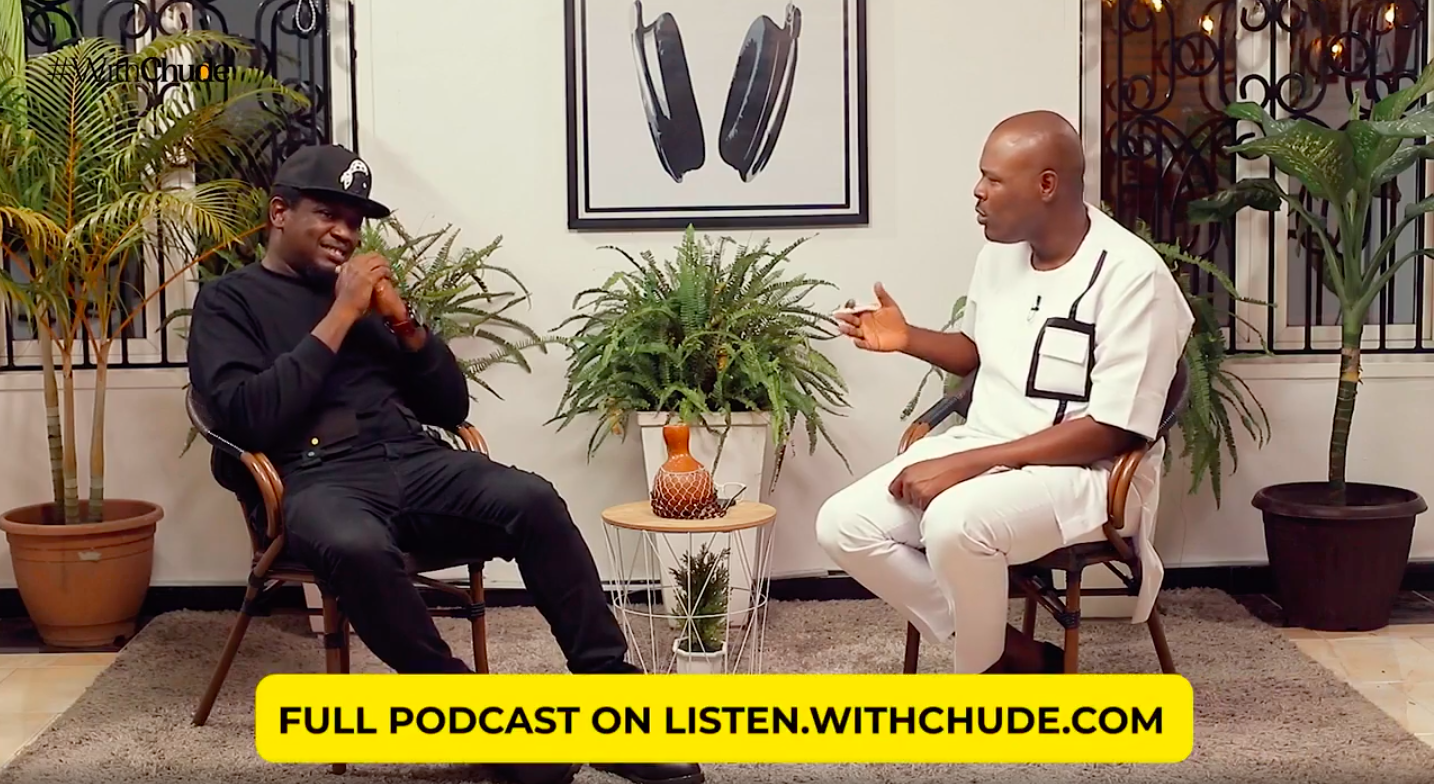 Nigerian rapper and “King of Boys” star, iLLBLISS is opening up about some of the toughest times in his life: when he moved to the UK to do menial jobs after winning the Soundcity Music Video Awards, and how he and his wife had to wait eight years to have their first child, Sochikaima.

Chude Jideonwo sat down with the rapper on his show “#WithChude“, where he goes deep, narrating how the doctor said he was never going to have children, and then suddenly the doctors said the miracle baby had been miscarried.

On relocating to the UK where he had to work in a coffee shop and as an industrial cleaner:

I went to the UK for about 2 years. It was supposed to be for 2 months and I ended up staying for 2 years. I got to England and I couldn’t work, now that I knew, of course, I got a student visa. And then, the grind started. At some point, I couldn’t pay the rent. At another point, I’d have to live at Shepherds bush one day and at Canning town the next day; I was just changing my location and just moving with my friends.

I have done everything. I’ve worked in a coffee shop and as an industrial cleaner. At a point, I had like 4 jobs concurrently.

I was working in the coffee factory, doing industrial cleaning and hygiene. Then I was working with a school for kids with Down Syndrome, cleaning the school every morning for 3 hours.

The way I was structured, one job will take care of rent, and another job will take care of groceries. The third one is for savings, and the last is for my sneakers and sessions. So, I was like 4 people in one. My caretaker in the house will then say, “I don’t understand why you even pay rent, you’re never here” and then during the weekends, I was a tunnel guy in Arsenal stadium.

Where do I start to explain? I’ll wake up by 3 am so that I could catch the bus going to Oxbridge, this was like Middlesex. I’ll get to the first job and be shaking as it was cold because that was the earliest I could get there, and be listening to music with my headphones until they open. The people I was working with will just stroll in later because they were living a few blocks away from the school “oh hi, how are you it’s freezing” and I’ll be like I’ve been here for 30 minutes but you just walked in.

On the waiting period before they had their first child:

It took 8 years to get a daughter. That period was incomplete. This is why you must marry your friend. My wife’s name is Munachiso and it means I work with God, my God is always by my side. Sometimes she’ll be like babe why are we not panicking, why are we not having anxiety about children? It was a long wait. I got married in 2009 and I knew I was doing the honourable thing. The plan was to get married, raise a family promptly and take care of all of them.

So the first year came the second year, the third year, the fourth year, and the fifth year. Some of the friends that I was part of their groomsmen or we did collectable groomsmen had gotten married, and their kids had come. Even the guys that did groomsmen for my wedding had gotten married and kids were popping up from all around us. People tried to panic me and wifey, you know come let this preacher pray for you. But we were happy, we weren’t even saying our rosary let alone having to run around for things but we stayed with God and

Chude I’ll be honest with you, at some point, we decided to adopt. We said we would take somebody’s child and raise at least show them so much love and as soon as we had spoken about that, wifey took in like 2 months after then.