Yetty Williams: At What Age Should Your Child Get a Smartphone? 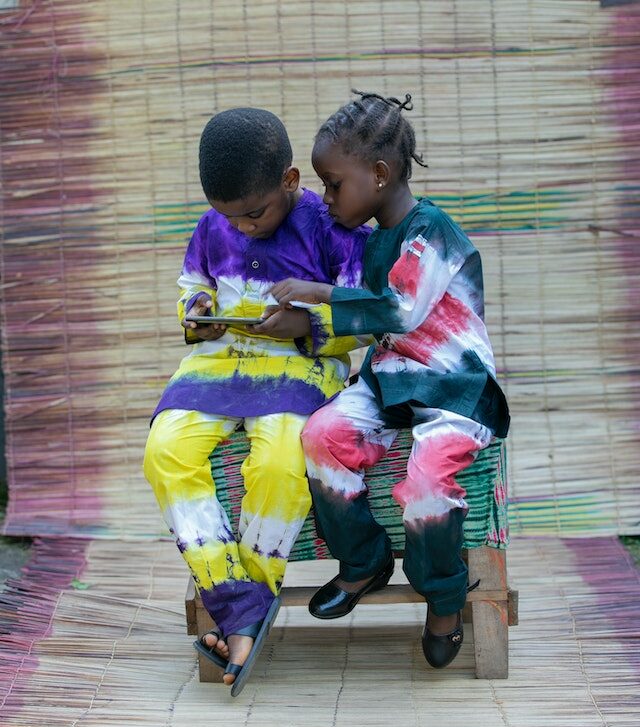 As the world is evolving and becoming more fast-paced, the best way is to evolve with it. Technology is taking over everything and while it exposes young people to certain vices, it is, for the most part, making learning easier. A quick and simple search on a topic will reveal thousands of responses. YouTube is On YouTube, people learn things others go colleges and universities to learn. There is simply nothing that won’t be found on the internet. Once you manage to own a laptop, a phone and have internet connection, you have access to everything.

Because many kids learn online, some parents deem it right to give their children smartphones to aid their learning. In the same vein, they fear these children will be exposed to certain vices as they can’t entirely control what they consume from the internet. So this brings about a question: at what age should children be allowed to have access to or own smartphones?

A simple response to that question is that there is no perfect age. As a parent, you might want to ask yourself a few questions. The first is why. Why are you giving your child a smartphone? Why do you feel the need to give your child a smartphone? Is it because you want your child to be able to contact you when they get back from school? Is it for them to connect with their friends? Or is it simply because everyone else seems to be giving their children one? The why and reason for having a smartphone is as important as thinking about the appropriate time and age. A child might be 10 years of age and be able to handle using a phone well while a 17-year-old might not be.

Is your child mature enough to handle the power that comes from having a smartphone connected to the whole world? You don’t need to answer this question. You should ask your child when he or she requests a smartphone what exactly they need it for.

Children are wise and can be corny by giving you a positive response while also having a negative intention. But you know your child. You should study him or her. Instinctively, after asking your child, do you think he or she is ready to use a smartphone? Having a smartphone is having access to some kind of online power, limitless information, and various kinds of people.

For what it’s worth, it is advisable to reduce the reliance on screens altogether at an early age. Children can start asking for smartphones from the age of 8. Ask them what they want a phone for. In my case, when our daughter started asking for a phone at about this age. I asked what she wanted a phone for, she said to call us and text us. Initially, we got her a phone without smart features.

As she asked for a real phone, I continued to probe why? She said it was because she wanted to listen to music. So for her tenth birthday, we made a big fuss and bought her an iPod as an answer to the need for music. Over the years, we have managed screen time access and have regular conversations while easing them into the online world. But the reality is that the allure of social media is strong and once they get on, it’s hard to stop.

You know your child best and you need to protect and prepare your child to be able to use his or her smartphone responsibly.

So what is the right age? Instead of focusing on the appropriate age a child should use a smartphone, I advise parents to consider what is needed to be a responsible digital citizen instead.

At the minimum, wait until you think they are ready. If you are going to do it earlier, be sure that all the other levels of preparation and precautions are in place. At this age, it is a big responsibility for children to have a smartphone and families need to see it as such.

Yetty Williams is a social entrepreneur, coach and the founder of LagosMums, the leading parenting resource and community for parents raising digital citizens. As a speaker, she has been invited to speak several times on Parenting, work-life balance, digital media, and entrepreneurship at various companies, schools, company retreats and many more platforms locally and globally. She is a co-host of the Parenting Today show on LagosTalks 91.3 FM on Thursdays at 12.30 pm where she delves into various parenting topics. Yetty has won many awards over the years some of which include, being announced as the winner in the Social Media/Online media category in the ELOY (Exquisite Lady Of the Year) 2015 Awards and was a nominee in the Digital Media Entrepreneur category in 2019. Yetty was recognized as a conversation starter in the YNaija 100 media list and in 2021 was named as one of the Top 500 Most Influential Africans in the World (Tropics Global Business and Lifestyle Magazine) and in 2022 was listed as an Eko Women 100, recognised by the Lagos State Governor, for her work with Women and Girls among many others. LagosMums through the Google Online Safety Roadshow workshops and as one of the winners in the Africa Online Safety Fund, set up by Google.org has successfully trained over 2000 students, and educators in the community and schools on online safety and being responsible digital citizen. Yetty's focus as a parenting coach is particularly focused on raising children in the digital age and ensuring that children and families are using digital for good and raising responsible digital citizens. She holds a certificate in Keeping Children Safe Online and Child Protection from the NSPCC Connect with Yetty: LagosMums on Instagram: @lagosmums Linkedin: https://www.linkedin.com/in/yettywilliams/ LagosMums Parenting Website: LagosMums.com Yetty's Website: Yettywilliams.com YettyWilliams on Instagram: @yettywilliams Clubhouse: @yettywilliams