Voting for Change! My First Vote: A First Hand Account by a First Time Voter 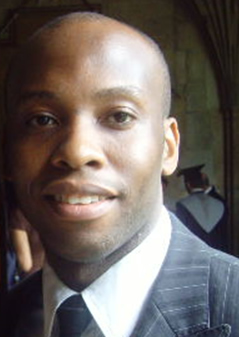 The date was Saturday, 9th April, 2011, the official beginning of Nigeria’s 2011 electoral process.  It would be my first time to vote; the first time I would even take note of an election. Like many young Nigerians, I didn’t see the point, I didn’t understand why I needed to go through the “stress” of being an active citizen in my own country. I voted at my university, I voted for the Labour Government in every election that was held when I lived in England, but in my own country Nigeria, that particular civic responsibility had not been engaged.

My reasons for abstaining from the voters exercise was simple, “Nigerian votes do not count; the winners have already been decided”. We repeated it, every time we discussed the issues concerning Nigeria, we believed it, we accepted it.  It was common to hear people say, “forget about waiting for the government to come and implement any changes”, even I was guilty of this. So instead of focusing on a collective solution we created our own amenities, and focused on our own families.

In cases were we did vote, it seemed that our votes got lost after the polling booths and we didn’t see any reason to fight for them back. Of the few that made many sacrifices, and spoke out against this trend, some were mocked and people would say, “they have their own agenda”.  You see, we do not trust each other. We can’t openly participate in politics, without being accused of playing “follow follow”. Indeed, the increased level of interest in the 2011 elections, as a result of many youth groups and citizen awareness organizations has been derided by many as just a fad, an initiation into “feeling among”.  Regardless of the cynicism, there has been renewed vigor among the people of my generation regarding the 2011 elections.  Various youth coalition groups have gone all out to show that it isn’t only ‘cool’ to vote but have gone as far as giving insight into exactly who was running for the various offices by performing online polls, organizing a debate, and even developing web and mobile applications for easy monitoring of the elections through citizen reports. Through these processes, the candidates became more than just names and faces on campaign posters. They became the possible agents of change my country needed.

Personally, I saw no reason why I should not be fully immersed into this electoral process. So I woke early on Saturday morning and took my own personal step towards making my country a better place for myself and the generations after me. Here is a step by step account of my first voting process.

8.30am: on the morning of the election, I spent a few hours on the internet before heading out to be accredited. Tweets, photos, and posts were already coming in from many people across the country, and the discussions had already begun. The night before a bomb had exploded at an INEC office in Suleja, injuring many and killing some NYSC personnel. It was a sad start to the day, as I imagined what would be going through the minds of the parents of these young individuals, whose lives had been cut short by a disillusioned sense of democracy that says it must be a “do or die affair”. May their souls forever Rest in Peace!

9.30am: I stood at my gate, the roads were completely empty, like a ghost town, I called the members of my household that registered and we set off to get accredited. There were 3 polling booths on my street, and everyone headed to their respective polling units. I got to the polling booth, and unlike the previous Saturday when the elections were cancelled, the officials were there. I saw no other voters, and I thought, “where is everyone?”. The accreditation process took literally 30 seconds, following a successful search for my name on the list. I had been told to return to the polling booth by 12 noon, so I decided to walk to the next street to buy the days newspapers. The weather wasn’t too bad yet, a clear Saturday morning, it was nice to just walk around listening to the radio on my portable media player.  I bought the papers and went back home.

11.37am: It was time to head out again, this time there were more people outside. I got to the polling unit, and already a small crowd had gathered. People from different backgrounds, ethnicity and creed. I was confused because there were 3 different groups standing around. I asked a young man, where the line was, and he said one hadn’t been created yet. I stood next to him and waited and others that came after me did likewise.

12.02pm: Suddenly the young female NYSC personnel conducting the elections yelled that we should all get in line. It was a tight squeeze at first as those that came early but were standing far away had to rush back. But just like that, all these different people, were now standing in a single line, from okada riders, to CEO’s, from the young  to the elderly, and just then I thought, ” we all have the right to say it’s our country too”. The sun was out in full force, and it was baking hot, everyone was sweating. A young lady was clearly feeling uncomfortable, and an okada rider gave her his newspaper to fan herself with and I felt a sense of beauty in that, she said thank you and he simply smiled. I spotted the musician and activist, Ade Bantu, as a fan of his, I made a note to speak to him later in the day.

12.30pm: It had been announced that by 12:30 no one would be able to join the queue, whether they had been accredited or not. So as soon as it was 12:30 I saw a police officer stand behind the last person on the queue. I had read about it, but many people didn’t seem to know anything about this rule, and rightly faulted the NYSC personnel for not informing them or putting up a sign on the wall with such important information. There were some raised voices, from some protesters, while others just turned and walked back home.

12.40pm: The count began. “There are 84 people on this line” the NYSC personnel yelled some minutes later, “remember your number oh”, to which a middle aged man replied, “but you didn’t give us any paper indicating the number”, everyone nodded in agreement. I also felt the same, the sun was intense and many started to break away from the queue to seek shelter from it under the nearby tree, repeating “I dey behind you o, look my face”, papers with our numbers on them could have helped.

I was number 26, so I stayed in line and waited. The elderly were allowed to vote first. What did they enjoy about this society of ours, the changes they were here advocating for, were ones that would mostly affect younger people like me. If a frail old woman could come out under this blazing sun to vote for change that would affect generations after her, why would my generation prefer to be asleep? What gave her that motivation? How many elections had she participated in? How did she deal with the disappointment of a sluggish government?

Voting was quick, around a minute for each person, with some going through the process quicker. I was impressed because at the back of mind, I knew that the next weekend’s elections would certainly have more voters.

1.04pm: When it was my turn, my heart was beating a little fast, I can’t lie. We had been educated on how to correctly complete the process for our votes to count, and I didn’t want to make a mistake, certainly not at the last moment. I handed the official my registration card, and he passed it to another official while he searched for my name on the list. When he found it, he put some ink on my right thumb and ushered me to the female NYSC personnel from earlier, who tore out two separate ballot sheets folded them and stamped some information on the back. She then wrote some details as well before handing it over to me and then directed me to the polling booth, a white folded stand with visors on both sides to prevent anyone from seeing me make my choice. I made towards the ballot boxes, one for the senate and the other for the House of Representatives, put my ballot sheets through the slot and I was done. I had voted for the first time, and honestly the first thing that crossed my mind was, “that wasn’t so bad now was it”.

I walked up to Ade Bantu and said hello, promising to return for the results, as we had been told that the votes would be counted at the polling units. I walked to the other polling units, only to find a much higher number of voters. I couldn’t help but smile, Nigerian’s were making an effort towards change!

2.35pm: I went back to my polling unit to see if voting had ended. Indeed it had but the count had not begun. I saw that Bantu and a young man from earlier were still there so I made my way towards them. There were some very angry people who apparently arrived much later than 12.30pm and they didn’t want the votes counted until they voted but the officials tried to explain that they would not be allowed to vote regardless. It was a stalemate and insults were directed at the young female NYSC personnel, whom I thought had handled the whole day pretty well. Seeing that their insults would get them no where, a middle age man, threw his registration card at her and said he didn’t care about the elections anymore. To my surprise the young lady, completely ignored him. She sat down, brought out a plastic container of Jellof rice and ate her rice in silence. I couldn’t help but laugh.

Like Bantu and I discussed, there really should have put up a sign or properly informed voters about the rule, but nevertheless, the man really shouldn’t have behaved in that manner. The officials then announced that the count would begin at 4pm, so other polling units could finish their own exercise. I left the polling unit and returned home.

5.15pm: I saw the result of my polling unit on the internet.

My lips streched into a smile….. “this is is the beginning of  a new day for my country”.