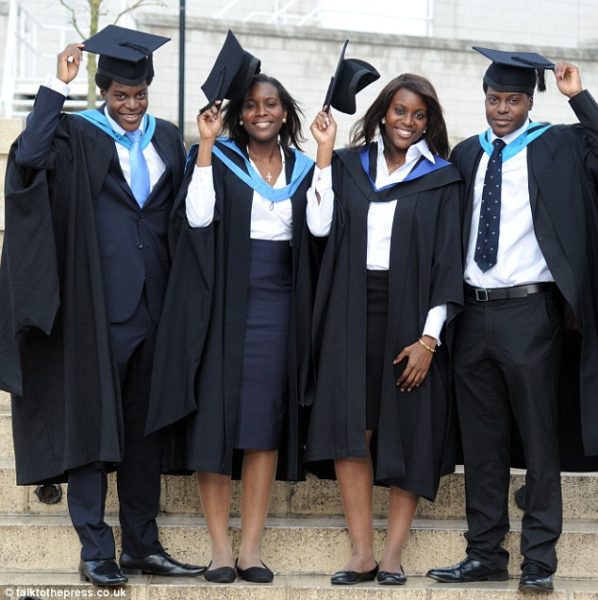 The Ogunsanya quadruplets, Toks, Temi, Tobi and Tolu recently graduated from Warwick University, United Kingdom with Masters Degrees. The 23-year-old quads are a set of identical sisters – Toks and Temi, and identical brothers – Tobi and Tolu. They were handed their well-deserved degrees on the same day.

Temi, Tobi and Tolu all gained an MSc in Management from Warwick Business School, while Toks graduated with an MEng in Manufacturing and Engineering.

The quads have been living in the United Kingdom since the age of seven when they began boarding schools. They have all landed top city jobs since leaving the University.

Congratulations! Great to see positive Nigerian news in the UK press. It seems all we see these days are bomb blasts, failed asylum seekers and more.

Related Topics:Adeola Adeyemo
Up Next