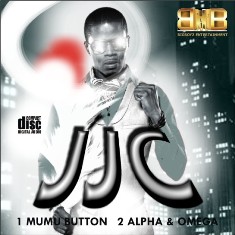 JJC (real name Abdul Bello) of “We Are Africans” fame decided to bless us earlier this year with two singles, “Mumu Button” and “Alpha and Omega”

The artist who just recently moved to Nigeria has been working on an album with his collective, Big Boyz Entertainment.

The two songs released, prove that JJC wants to infiltrate the Nigerian music industry and now that he’s not working from across the shores in the UK but on Nigerian soil, I see a lot of prospects.

“Alpha and Omega” has that typical JJC sound that can get you amped up. The song, which was produced by Teebeeo, talks about his perspective of the Nigerian music industry and generally how he feels about everything going on. It’s a song that shows a very cocky side of JJC on a Hip-Hop beat, no wonder we’re still playing it. What do you think? Enjoy!

New Video: Sarkodie feat. Efya – I’m In Love With You