It has been another gloomy week in the country. Just as Nigerians were counting down to the end of the month of April, the Boko Haram bomb attacks on ThisDay Newspaper offices in Kaduna and Abuja has left many in shock. About six people were confirmed dead in the incidents and several others injured. While claiming responsibility for the attacks, the Islamic group, Boko Haram also said it will target more media houses for misrepresentation and other claims.

The frequency of these attacks is getting quite disturbing. Football viewing centers in the country were also made targets for bomb attacks this week in Jos and Yobe states. From churches to media houses to recreational centers, where else is safe in this country?

The Federal Government of Nigeria definitely owes Nigerians an explanation for the lax security experienced especially in northern parts of the country where these attacks are more frequent. Nigerians cannot continue to live in fear. 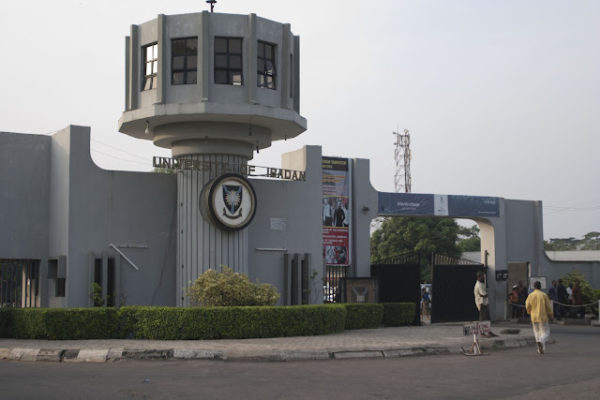 Following two days of protests by students of University of Ibadan over poor electricity supply to the institution, the University authority has directed that the institution be closed down for two weeks. The school authority declared the closure after an emergency Senate meeting held between 3pm and 5pm on Tuesday 24th April 2012, to appraise the situation on ground. A source revealed that the closure became necessary to abort the indefinite protests by the students. This was also to give the school authority time to fix some of the problems the students have complained about and ensure that electricity is generated within the campus so that the students will have at least seven hours of uninterrupted electricity everyday.

The Joint Military Taskforce in Kano on Tuesday 24th April, 2012 captured another bomb  factory at Haye, a suburb of Hotoro Arewa quarters of Nasarawa local Government  area of the municipality. The two bed room block of flat, converted to bomb factory by suspected  members of dreaded Islamic sect known in local parlance as Boko Haram, is neatly  tucked within an isolated area of the slum. The effort by the military came on the heel of upsurge in  targeted attack on  military personnel and checkpoints in the city. JTF spokesman in Kano, Lt Ikediche Iweha while conducting Reporters round the  captured hideout amid tight security Tuesday morning explained that the bomb  factory was taken without resistance.

The Action Congress of Nigeria (ACN) has asked President Goodluck Jonathan to apologise to Nigerians for his administration’s  removal of the  fuel subsidy in January. The party said the report of the House of Representatives Committee on the management of the subsidy has shown that the removal was an  error of judgement that has left Nigerians feeling swindled by their government. In a statement by the party’s National Publicity Secretary, Alhaji Lai Mohammed, he asked the President to apologise to Nigerians, then revert the fuel price to  the pre-January price of 65 Naira per litre and then proceed to implement the  recommendations of the committee without delay, especially the prosecution of  all indicted persons and companies.

Forty five year old Abubakar Sulaiman, a suspected serial rapist, has been charged before the Ikeja Magistrate Court, Lagos for allegedly raping children. Police officers attached to the Area M police command filed a two-count-charge against the petty trader at the family court 6 for having unlawful carnal knowledge of a 7-year-old and a 5-year-old girl (names withheld). The charge sheet read that on March 28, at about 4.000pm in the Ifelodun area of Shasha in Lagos, Abubakar,  had unlawful carnal knowledge of the 7-year-old in his kiosk, and on the same date and in the same place, he also raped her sister.

Sniffer dogs belonging to the National Drug Law Enforcement Agency, NDLEA, have helped the agency to seize heroin worth about N160 million, the agency said in a statement on Wednesday 25th April, 2012. NDLEA said that anti-narcotic agents had placed the consignment on surveillance after sniffer dogs signaled that it contained hard drugs. The operation led to the ultimate discovery of 16 kilogrammes of high grade heroin abandoned by a suspected drug syndicate at the National Aviation Handling Company (NAHCO) Shed at the Murtala Muhammed International Airport in Lagos, southwest Nigeria. The brownish substance was packed in white transparent polythene bags and hidden inside metal pipes, the agency said. The drug was brought as cargo on a KLM flight from the Republic of Iran with an estimated street value of the drug in Lagos of about N160 million, NDLEA said.

President of the Nigeria Labour Congress (NLC), Comrade Abdulwaheed Omar, has urged the Federal Government to ensure the prosecution of those indicted in the N1.07 trillion scam uncovered in the management of the Petroleum Subsidy Fund. The workers umbrella body urged the Federal Government to ensure the culprits are not only brought to book, but made to refund the funds they illegal collected as recommended by the House ad-hoc committee, led by Farouk Lawan. He gave the warning on Wednesday 25th April 2012 at the National Executive Council (NEC) meeting of the National Union of Food, Beverage and Tobacco Employees (NUFBTE) in Abeokuta, Ogun State where he spoke of the importance of ridding the country of corrupt practices. According to him, Labour will mobilise Nigerians to resist every attempts by top government officials and some vested interest outside government, who want to continue to enslave and impoverish the masses. 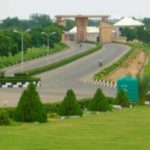 An explosion occurred on Thursday 26th April 2012 at Gombe State University in Gombe at about 8:00pm. Though, the details of the explosion and casualties were sketchy as at press time, the development was said to have led to panic as people had to scamper for safety. A source who lives close to the university told SaharaReporters that the explosions occurred around 8 p.m. (Nigerian time), adding that the explosions appeared to be at or near the university’s administrative block. “The explosions happened around 8 p.m. And immediately students started running out of the classes where they were studying, and those in hostels followed suit,” the source said. The source added that the explosions were followed by incessant gunfire that lasted for more than 30 minutes.

The Lagos state Coroner, has confirmed that the Dangote Sugar refinery truck was the cause of the accident that killed over 40 people on the Otedola bridge estate, along the Lagos Ibadan expressway in 2010. Also found culpable was the Nigeria Police Force, which was accused of setting up a roadblock along the expressway being a contributory cause. The Coroner, Tajudeen Elias who was inquiring into the cause of the ghastly accident that occurred on August 15, 2010 around the Otedola bridge estate, along the Lagos Ibadan expressway ruled that the accident was caused by the crashing of the Dangote Sugar refinery truck with failed brakes into a long line of stationary vehicles held up on the bridge by a police checkpoint. The accident led to the loss of several lives.

Hundreds of Arik Air passengers were stranded at the JFK International Airport in New York, United States on Thursday, following the inability of  the airline to transport them back home. The North America Correspondent of the News Agency of Nigeria reports that the situation resulted to disorder at the boarding gate of the airline as the passengers became restless, having spent hours waiting for final boarding announcement. They were billed to be flown out by 11p.m (New York time) on Wednesday but by 5a.m on Thursday, the passengers remained stranded at the airport. Among the stranded passengers were sick old people on wheelchairs, children and pregnant women.

The District Head of Mbalaagh Community in Buruku LGA of Benue State , Chief Toryila Nyitse has been sentenced to three months imprisonment by an area upper court presided over by Mrs. Kpadoo Chia for snatching and marrying another person’s wife. The randy traditional ruler was given an option of N20, 000 fine, failure of which he will go to prison for twelve months. Delivering judgment in the case filed by Tortiv Torkula against Chief Nyitse, the trial judge held that there were significant facts against the accused to prove he forcefully took another man’s wife with four children. The presiding judge dismissed as untrue assertion by the traditional ruler that he was the first husband of the woman. The judge said the punishment would serve as deterrent to the convict who is supposed to be a custodian of the Tiv culture.

How do you feel about the events that made headlines in the country this week. What other stuff happened that you would like to share?

Who Do You think Will Win the Coveted Title of the Most Beautiful Girl in Nigeria 2012? Meet the 32 Contestants