Hello folks. It’s been another interesting week. As the country counts down to celebrating its return to democracy with the National Democracy Day, some events have continued to shape the the country’s history.

Also National Youth Service Corps members are still waiting for their April allowances despite the promise made by the Minister of Youth Development, Mallam Bolaji Abdullahi that their allowances would be paid by Friday 18th May, 2012.

In Maiduguri, a bomb blast killed four people and in Jos, a hideout used by members of the Boko Haram sect was destroyed by  a combined team of the military and other security agencies in Rikkos area of the state.

Here’s a recap of some of the events that made headlines across the country this week:

A hideout used by members of the Boko Haram sect was on Saturday destroyed by a combined team of the military and other security agencies in Rikkos area of  Jos. The three-bedroom flat, with boys’ quarter, was fortified with high steel gate and fence in the ghetto area of Jos before it was demolished by a bulldozer on Saturday. The operation commenced on Wednesday night by a combined team of military Joint Task Force (JTF) from Maiduguri, military Special Task Force (STF) in Plateau, the police and the State Security Services (SSS).

A truck driver, David Abiodun, 31, was remanded in prison custody this week for  allegedly obstructing the motorcade of Governor Babatunde Fashola on the  Lekki-Epe Expressway. He was arraigned Wednesday before an Igbosere Magistrate’s Court, Lagos, on a five-count charge of dangerous and reckless driving without regard to other road users and causing obstruction to the Lagos State governor’s convoy. The police stated in the charge sheet that the accused was arrested when he used his Mack truck with registration number XY 33 GGE to block the entire lane on the Lekki-Epe Expressway for unjustifiable reasons and in the process prevented the Lagos State governor, Babatunde Fashola and his convoy from having easy passage to their destination.

A Nigerian born teacher who worked in the UK and repeatedly raped a 14 year-old-pupil under the pretence of giving her “extra science tuition” has been told he will be jailed for “a very long time”. Keith Ogunsola,  lured his victim to hotels around UK pretending he was going to give her extra science tuition.  Croydon Crown Court heard the 47-year-old started his abuse in January 2001. When giving the victim a lift, he told her he really fancied her and tried to kiss her. A month later, he met the student at the former Aerodrome Hotel, in Purley Way, Croydon, where he took her virginity by raping her. The court heard he then embarked on a three-year secret affair with her, telling the teenager to wear skirts with no underwear when they met so it was easier to have sex with her. The court heard he also booked stays at the Premier Inn and Hilton hotel in Purley Way.

A research has shown that only 30.5 per cent of married men who reportedly engage in “penetrative sex with commercial sex workers use condoms”. The study showed that out of the 1,396 and 459 married male respondents who reside in urban and rural areas respectively, only 137 had used commercial sex workers in the past six months prior to study and only 63 men had used a condom at the last visit. The Director-General of the National Agency for the Control of AIDS, Prof. John Idoko, said this during the presentation on PreExposureProphylaxis by the United States Mission.  According to him PrEP is the newest HIV prevention tool which involves the use of Truvada, an antiretroviral to prevent HIV infection. About 62 per cent of new infections, he said, occured among persons perceived as practicing “low risk sex”, including married sexual partners.

A Final year Medical Laboratory student of Ebonyi State University (EBSU), Abakaliki, has been found dead, after apparently hanging himself in his room. The undergraduate, who was identified as Michel Onwe, was found dead in his room at No 16 Ibe Street, Abakaliki, on Sunday. The News Agency of Nigeria (NAN) reports that his neighbours became apprehensive of his whereabouts after they had not seen him for sometime. They subsequently alerted the Police, who came and forced his room open, only to discover his body dangling from the roof. A neighbour, who spoke to NAN on the condition of anonymity, said that the late Onwe had spent over 6 years in the University. “He was first offered admission as a medical student, but was offered an alternative course in medical laboratory in the same institution after he failed his medical examinations twice.” The witness described the late Onwe as a native of Umuogodoshe in Mgbo town, Ohaukwu Local Government Area of Ebonyi state, who had recently alleged a threat to his life by a cult group.

Travellers from 67 countries including Nigeria, will soon be screened for Tuberculosis (TB) before being granted a visa to enter the UK. The pre-entry screening is expected to start in phased stages around July 2012. The new rules were announced by British Immigration Minister, Damian Green on Tuesday, when he stated that the scheme is for migrants coming from countries with high incidence of tuberculosis. Under the scheme, all migrants coming to the UK for more than six months from the 67 countries identified as having a high incidence of TB by the World Health Organisation will need to be screened for the airborne infection before being granted a visa. Nigeria is on the WHO list of countries with high incidence of TB with an estimated 210,000 cases. 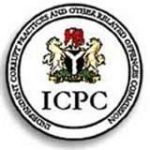 Independent Corrupt Practices and other related offences Commission has said it will begin the investigation of illegal deductions from statutory allocations of local government councils across the country. The Acting Chairman of ICPC, Mr. Ekpo Nta, said this on Thursday during the Town Hall Meeting organised for workers in Ibadan South West Local Government. Nta said a special task force had been set up to investigate allegation of illegal deductions, starting with the six Area councils in the Federal Capital Territory, Abuja. The ICPC Chief, who was represented at the occasion by the Head of Public Enlightenment of Commission, Mr. Mike Sowe, lamented that such illegal deductions from council accounts deprived them (the councils) of resources required for improved performance.

An Improvised Explosive Device (IED’s) which was planted by suspected terrorists along Lawan Bukar Street of Mafoni ward of Maiduguri metropolis exploded living 4 people dead while several others sustained various degrees of injuries. The incident which occurred on Tuesday afternoon at about 1pm led many residents to vacate the area for safety, as it has been for long time now that the troubled city is witnessing another fresh explosion. It was gathered that immediately when IED’s exploded, men of the Joint Task Force (JTF) who were in the state to restore law and order cordoned off the area, a situation that led to the clash between the terrorists and the JTF which later led to the burning of some houses around the troubled area.
Confirming the incident to newsmen in Maiduguri, a member of the “Red Cross” who visited the scene said, 4 people died in the blast and their remains have been evacuated to the University of Maiduguri Teaching Mortuary.

The country is losing about 180,000 barrels of crude oil daily to thieves, the Nigerian National Petroleum Corporation has said. The Group Managing Director, NNPC, Mr. Austen Oniwon, who said this on Thursday when members of the House of Representatives Committee on Petroleum Resources (Upstream) paid an oversight visit to the corporation in Abuja, also solicited the assistance of the National Assembly to combat the menace of illegal oil bunkering and crude oil theft. The NNPC boss said, “The first challenge, which I will like the House to help us with is the high level of insecurity of oil and gas facilities. As at today, our operations have been severely handicapped by the activities of these criminals. We are losing almost 180,000 barrels of oil per day to criminals. If you reflect back that the total amount of crude being produced per day in Ghana and which sustains the whole country is about 120,000 barrels, yet, as a nation, we lose more than that to criminals.”

BN Bytes: Ever Wondered What Nigerian Celebrities Do On Vacation? | Watch Exclusive Footage of Flavour, Wizkid & Bracket on Holiday